"The Best Way To Predict The Future Is To Create It"

Abraham Lincoln gets credit for saying this. Whether he actually did or not really matters none. What is important is that we understand the concept especially now that we are involved in cryptocurrency.

Most of us are accustomed to being passive in life. That is not meant as a knock. The reality is, within the present system, few of us have much influence. Most of our lives are dictated to us. We do not realize this until we step back and focus upon how controlled we truly are.

Whether it comes from parents, friends, co-workers, employers, or the government, we are regularly told what we can or cannot do. This holds true throughout our day where people are always vying for our attention, usually in a manner that is befitting to them.

Consider the plight of work. There is always someone to please. As an employee, we are told what to do and when. We experience very little freedom in this environment. Being a business owner means even having less since one is always at the whim of customers, suppliers, and, ironically, the employees. As the say, the owner is the only one who cannot quit.

All of this leads to a feeling of helplessness. For the majority of us, we operated in a realm where our sphere of influence was rather limited.

That all changed when we entered cryptocurrency. 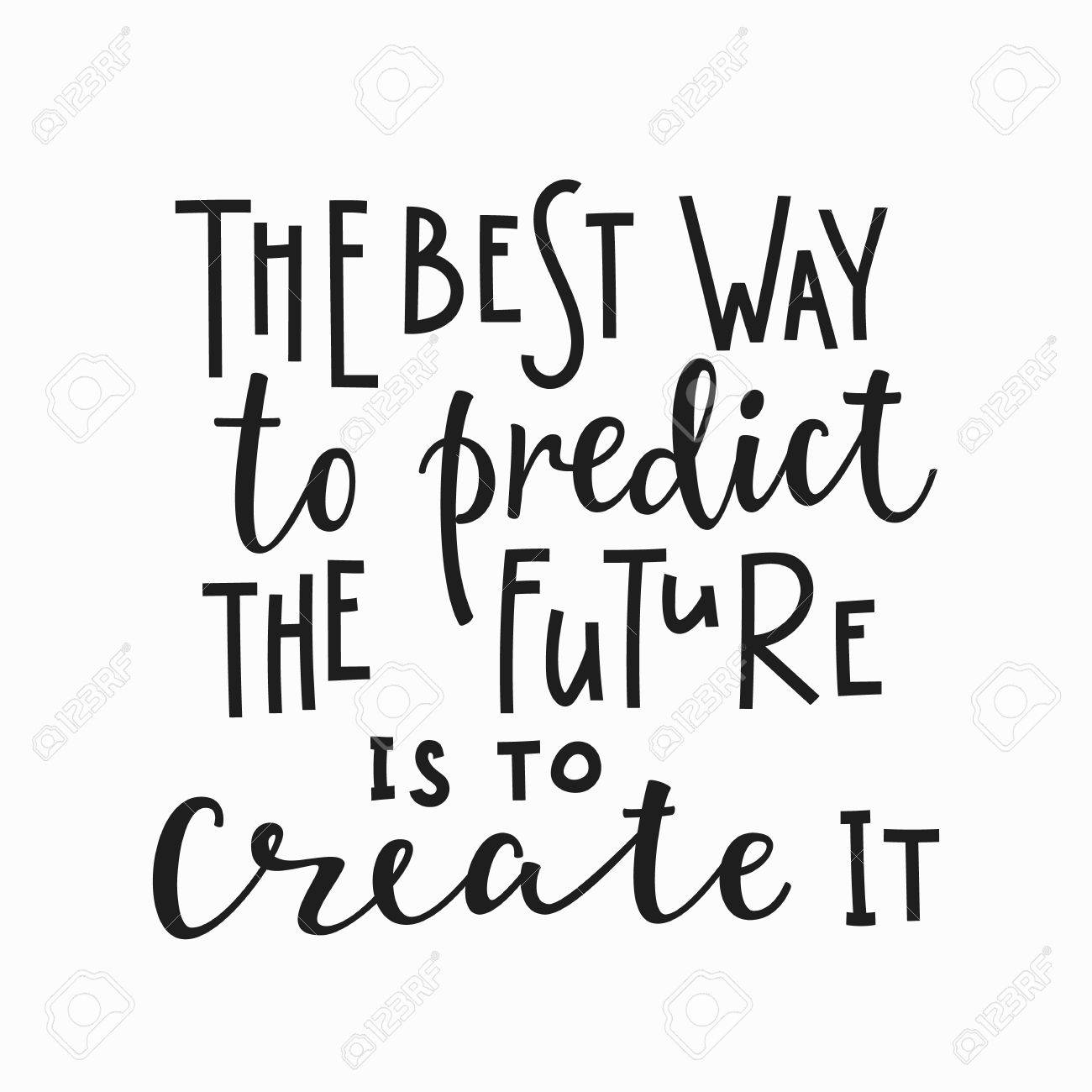 The Wild West Is Open

Many compared the world of cryptocurrency to the Wild West. Certainly, the early days show some of the same characteristics. We are looking at a realm that is not truly developed, going in many different directions at one time. In short, it is "uncivilized".

Here is where we see opportunity. The early adopters can not only benefit greatly from what is taking place but also influence the direction things take. Suddenly people are finding power they never had before.

The entire cryptocurrency market is roughly 220 million people. It is safe to say the majority of people involved are doing it passively. They put up a bit of money to buy a particular token and watch it appreciate. This is what most of the people are doing since they look at cryptocurrency as a financial instrument.

Those that look beyond this can see where they can have a larger impact. Here is where Lincoln's saying enters the picture. By taking an active role, we are actually helping to create the future. Our efforts are what assists in the shaping of how things are going to look years down the road. 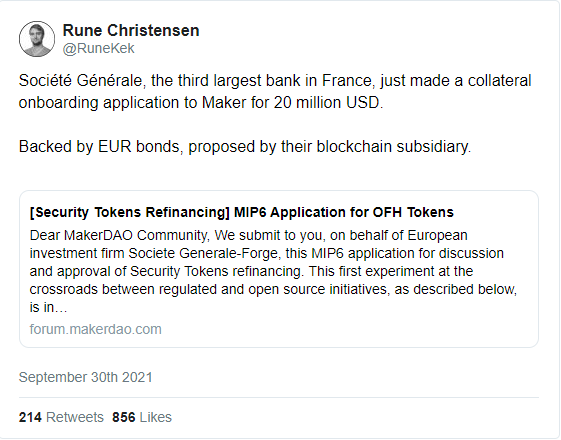 We know the bankers are extremely powerful. At the same time, it is evident they are the types that truly shape the future. However, looking at this Tweet, we notice something interesting.

Not only is the bank offering a DeFi service, it is actually building upon it. This is much different than simply adding to the bank's offerings. The 3rd largest bank in France is not developing upon a DeFi platform.

Think about those who were involved in the laying of that foundation. They built something that altered the direction of a major bank. Of course, if it is good for one, others are sure to follow.

Hard To See The Impact

Certainly, the developers of that platform did not likely envision a bank like Societe Generale utilizing what they were building. Yet that is exactly what happened. In short, they helped to create the future.

The point is that each of us are doing this in our own way.

We often hear people discussing the idea of marketing, like it is the responsibility of another. This is a prime example of taking a passive approach to things.

Instead of viewing everything through that prism, we need to embrace the power that is upon us. Like the developers of Maker, we are all empowered to some degree that could have a large impact down the road.

The challenge is that it is not easy to see the effect in the moment. What we are doing now might not change much for another year or two. The feedback loop can often be long. For this reason, it is often a grind. We focus upon thousands of activities, not knowing which will have the major impact.

Of course, when this is done at a collective level, we can see how much of a difference there is. Bitcoin is the epitome of this. The early days were filled with proponents of the technology. Those people believed in the cause and were willing to do whatever they could to aid in it. Few were passive about what was taking place. Instead, they spend each day helping to mold the future.

Today, we clearly see the results of that. There is little doubt about how their efforts are now compounded by much bigger ones. That was not the case in those embryotic days.

It is often difficult to see our hand in things. For this reason, it is best to remember that we do have a responsibility in what takes place. As they say, with power comes responsibility. We are no different than the early proponents of Bitcoin. While the industry is much larger, it is still very small compared to where it is going.

We all want to know where things are going. The secret is to help forge the path that is taken. We each do this with our active involvement in different projects. Every action moves things in a particular direction. Couple enough of those actions together and we see how things can change over time.

It is time to pick up the power that is bestowed upon us and start to create the future of cryptocurrency. The numbers are on our side with this one.