Bitcoin set the world on a completely different trajectory. We did not know it at the time but the release of the Bitcoin White Paper started to send the world in a direction that it was not previously following. The activity over the last dozen years shows how far we came.

Of course, there is still a long way to go.

Nevertheless, we are already to the point where we can see how we are involved in transformative economic innovation. Our entire concept of an economy along with economic output is going to change radically. Another 5 years will see us involved generating economic conditions that far exceed what we witness today. 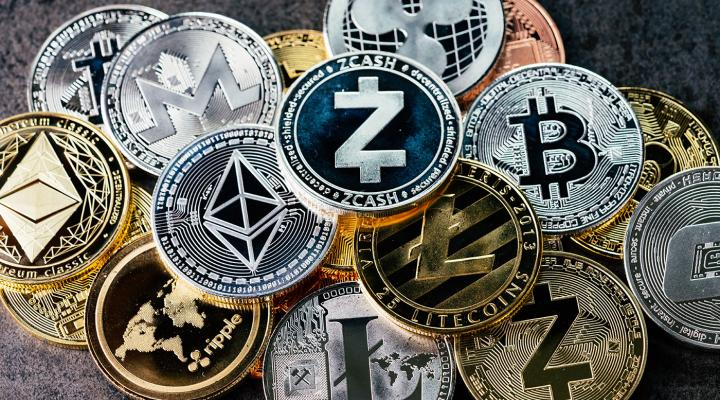 Throughout history, we saw a number of instances which radically altered the economic path of the world. Probably the most famous is the Industrial Revolution. That was followed up by the age of computation, whereby a great deal was digitized.

That said, while we see leading businesses emerge, much of the fundamental economic premises are in place. In fact, looking around, we can see how many of the same institutions that were with us from decades still exist. For example, while it evolved, the banking system is still a major gatekeeper in the economic world. Despite many changes, this industry still wields a great deal of power.

Also, although many economies expanded to operate on a global scale, they are still nationally based. This is something that is going to be altered in the medium term.

The Cryptocurrency Revolution is upon us. This can be an era that is as transformative as the Industrial Revolution, yet cause the major innovation in the economic realm.

Crypto-Economics radically alters most economic theory that we operate under. To start, it is a system that is based upon abundance as opposed to scarcity. Since it resides in the digital realm, we can operate on a scale and at speeds never imagined before.

This is going to effect every layer of the economic system, generating output that is orders of magnitude larger than our levels today.

It also has an entirely new distribution system.

At the center of most business activity today is a company. This is one of the core components that we see in much of our financial engagement. A company exists to produce a good or provide service that we require. For this, we remit payment to it.

For here, individuals derive money. This can be in the form wages for employees or equity as an owner. Of course, as the company engages with other entities, the money it pays for goods or services produces the same results. If we keep this process going long enough, we end up developing an economy.

We already are seeing this change. The new model is far different from this.

Under this new paradigm, the community = economy.

With the ability to tokenize, people are able to assemble based upon a particular area of interest. Whatever it is, value can be transferred back and forth among the members. This is the core characteristic of any economy. Output can be captured and transferred in financial terms.

Obviously, the economy is larger the more members join the community. Also, activity is key.

It is a situation where the employees, owners, users/customers are all blurred. These categories no longer exist. Each individual involved effectively fits into all three, although not necessarily termed in this manner.

Anyone who has the token is a stakeholder. Depending upon the structure, this could be "ownership". Through the token, the value of the community is captures on a per unit basis.

The evolution that we are seeing is going to push us into what is being called social tokens. This is the tokenization process that is brought to a community. It is going to completely alter how individuals and organizations interact with their fans. This is also likely to impact how companies engage their customers.

Essentially, the ability exists whereby any individual can have a financial state in what is taking place is arising. No longer is there the them/us mentality. A lot of talk in the business world the last few decades was win-win propositions with customers. This is really just talk. At the end of the day, the business, for the most part, was about making maximum return on each deal. The interests of the two parties simply were not aligned.

Social tokens change things. The customers can be considered a community. Ultimately, they are the ones which allow a company to thrive. No matter what management does, if nobody purchases, it is done.

The same is true for celebrities. While they can be extremely talented, without their fans, they are nothing but a smiling face. That individual is dependent upon the fans doing something, purchasing tickets, watching the show, or buying merchandise for his or her success.

Of course, as we saw with YouTube stars, technology can expand who can achieve celebrity.

One of the key components to the Cryptocurrency Revolution is Decentralized Finance. At the moment, we are seeing a replica of the existing financial system created. This is always the first phase of a new technology.

What is going to happen is the financial industry is going to disappear. We presently see it categorized separated for social media, construction, or retail. With cryptocurrency, this is not the case.

Decentralized Finance is going to merge with everything in this realm. It will be interwoven throughout each economy that is created. Since an economy is going to be based around a community, DeFi services are going to be easily integrated into them.

Social media, gaming, fandom, and hobbies are all going to convert into individual economies. Those who are involved will be able to establish a growing financial basis for engaging in areas they enjoy. This is one of the premises of Web 3.0.

The ability to swap back-and-forth between "economies" is going to be vital. This will reduce friction, enabling far greater economic potential. Communities can become self-funding mechanisms, generating the money required for advancement.

As we can see, we are dealing with more than just technological breakthroughs. This is actually what is going to feed into massive economic innovation. New tools are being developed which will be picked up by different entrepreneurs. This will, in turn, lead to other ideas that is only going to enhance the entire system.

The Cryptocurrency Revolution is upon us. Many feel this might be something that is fleeting. We are going to see resistance from the establishment, especially the international banking system which controls a great deal of what is taking place. However, like most technologies, once they hit the open market, they cannot be contained.

Cryptocurrency and its potential is already out there. Thus, we are going to see major economic innovation that disrupts just about everything.