The Push To End Cash

Digitization has been a boom for society. Anything that got digitized ended up serving society to a much greater degree. The process ultimately makes things more available (abundant) while also being less expensive.

Over the last few decades, the form of money we use has changed. While the currency, in many parts of the world, remained the same, how we transact is different. 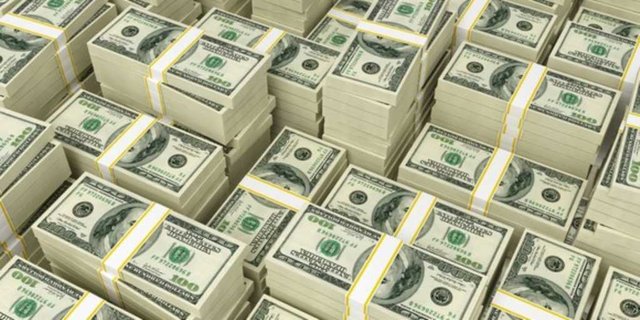 Going back 4 decades or so, most transactions were in cash. That is what people knew. Checks were also commonly used, mostly to pay bills. At the same time, if one went on vacation, traveler's checks were purchased, to pay for things such as hotels.

This all changed in the 1980s. Credit cards became popular. Companies like Visa and Mastercard become powerful by setting up millions of merchant accounts. It allowed people to transact, for a fee, with absolute confidence. Buyers and sellers were ultimately united with those companies being the verification agents.

For this reason, we saw an entire generation, GenX, that grew up with credit and debit cards. As these took over the majority of transactions, cash dwindled.

Next came digital payment system. The most notable is PayPal which became "Visa for the Internet". Anyone who did a lot of online transacting most likely had a PayPal account. Here again, merchants and buyers were facilitated, for a fee of course.

With the implementation of smartphones, this idea was taken a step further. In China, for example, payment systems were integrated into messenger applications. This truly saw the advent of digital money.

Throughout this entire process, governments kept running ever increasing deficits. The hole that governments are in is growing at an accelerating pace. Thus, politicians are looking for money. They are in dire need of raising as much capital as they can to keep paying for their insane vote buying.

Therefore, the hunt for taxes is on. 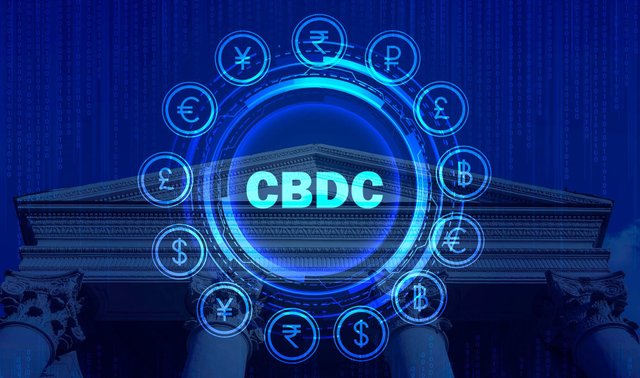 Make no mistake, the push for CBDCs has nothing to do with creating a more efficient system. Nor is the focus upon getting people their money quicker. This is all about control and trying to suck as much money as they can from the system.

Isn't it ironic that CBDCs are not being pushed by Central Banks but, rather, by governments? It isn't the bankers promoting this as a good idea. Instead, it is politicians who realize they can assume more control.

We see Janet Yellen, now a Biden government hack, espousing how cryptocurrency is used by criminals and thus needs to be regulated to a much greater degree. Of course, any fairly sane person knows that the USD is the most commonly used currency when it comes to criminal activity. Perhaps the USG should look into banning that?

Using cash is a privacy feature that the government cannot allow. They do not want to continue to provide people with the opportunity to engage in commerce that they cannot see. For this reason, permissionless cryptocurrency is not the best answer either. Having fully transparent transactions will provide them with the information needed to pursue anyone. However, this is not good enough for them.

As we know, seeing what takes place in a wallet and accessing it are two different things. Private crypto networks do not give the government the ability to drain an account. Instead, they need the keys handed to them.

Here is where CBDCs enter the picture. Once that network is set up, the government can simply access any wallet it wants. If it determines that people need to pay more, it can simply institute a negative interest rate. We already are mired in a world where the Keynesians approach is being shown to be an abysmal failure. Of course, rather than admitting it was their policies, they blame the people for "not spending" and thus crushing the velocity of money.

The solution: politicians instill a negative interest rate which drains a couple percent from each account every year. Isn't that just lovely?

Of course, politicians do not seem to realize that their actions only create a larger black market. It is estimated that the US economy is 11%-12% underground. That is a couple trillion dollars that is not on their radar. Certainly there is a lot of illegal activity (well from the government's perspective, it is all illegal). However, even paying the baby sitter in cash is something that is frowned upon by the government.

The United States proved a number of times that prohibition does not work. During the 1930s, alcohol was banned, creating an enormous black market that made the likes of Joseph Kennedy very wealthy. In more recent times, we see the same approach regarding cannabis.

If they take the same step with cryptocurrency, especially privacy coins, they will likely encounter the same result. To start, the fact that cryptocurrency operates on a global basis, in the digital world, created a challenge they cannot solve. Couple that with the fact that people will understand that the technology will outpace what the government will do means that many more will gravitate towards it.

Thus, the government's best chance is to keep pushing to end cash. Many countries are already doing this like Canada. If they can protect their currency yet get it all in digital form, then all transactions are aboveboard. 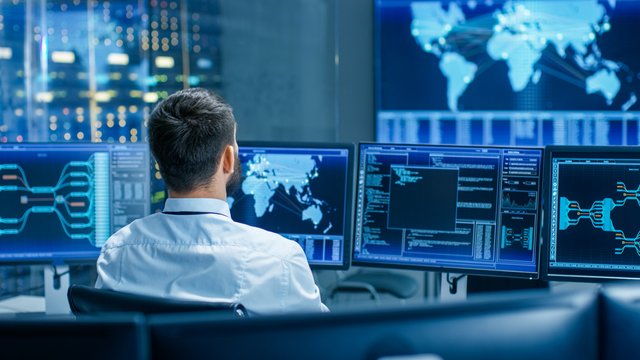 We can likely expect privacy features added to many crypto networks. Litecoin is already working on a system that will tie in MimbleWimble. This will operate essentially as a sidechain. However, it will offer people the option of transacting in privacy.

As we see the industry expand and more transactions available in crypto, the need to interact with fiat is lessened. This is where the major weakness still resides. Entities that facilitate fiat to crypto exchanges are under scrutiny. They have to adhere to what is being set out there.

Ultimately, the digital world will offer a variety of networks that will enable people to operate without the prying eyes of others. Certainly, there will be large portions where full transparency exists. However, with simple online swaps, people can "hide for a while".

This is an example of how governments simply are not designed to operate in the digital world. They are going to spend the next few decades staying as relevant as they can. Perhaps implementing a UBI will keep them going for another decade or two. Nevertheless, we will likely see the need for governments, as we know them now, pretty much gone by 2060.

In its place will be a network governance system that operates based upon cryptocurrency and other digital assets. The nation-state will be replaced with by networks that people join and leave throughout the day. It will be a radical new way to structure society.

Meanwhile, governments are going to do all they can to maintain power. The present challenge is to get rid of cash and tax all transactions so they can raise more money.

The battle continues, something which everyone needs to be aware of. Without this knowledge, people are going to fall victim to the idea that what the government is proposing is beneficial.