We are witnessing an interesting situation with the present Web companies and the newly forming Web 3.0. While it is still early in this battle, we are already seeing how the situation is an uphill trudge for the existing social media companies.

In short, the existing business model that is being used cannot convert to what is being established. The fact that these companies are beholden, now, to Wall Street, means that all is to be undertaken in an effort to ensure profitability.

That is okay since it is what people are accustomed to. They are trained there is a cost to everything. Thus, if one wants more, it is understandable that payment is required.

It creates an adversarial relationship between the users and those who financially benefit.

Web 3.0 is completely different. Through tokenization, individual users also have stake in the system. Hence, the desire outcome of a thriving, growing system will not only give them more features through development, but their financial stake is worth more. 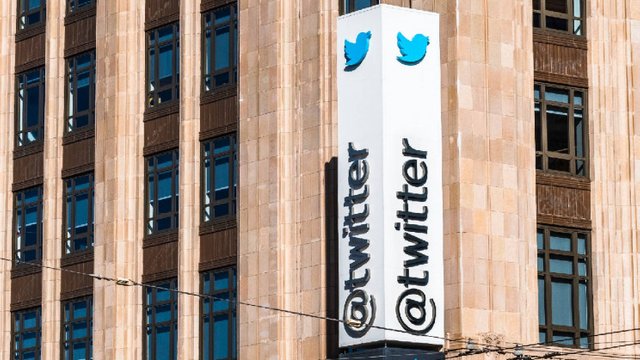 An article on Interesting Engineering details how Twitter is now looking at adding a what is being described as a potential tiered subscription model.

Some of the features that are reportedly being considered:

The article theorizes that the higher the level of subscription, the more of this list that will be available. 'Twitter Blue" is what the basic services is and is estimated to start at $2.99 per month.

We can only presume the price will go up from there.

This could be a very intelligent move for Twitter. The features could be something that people are willing to cough over a few dollars each month for. Considering the fact that it has more than 300 million users, if 1% of them sign up, that is 3 million people.

At $3 a month, that is another $9 million of monthly profit even at the basic level. Keep spreading it while sucking another couple bucks out of some users and we can see how this can push $50 million to the bottom line each quarter.

Ultimately, this does add value to the network. The users are (presumably) happy with their enhanced abilities while Wall Street is over the moon about the extra profits. This will likely end up as increased compensation for the executives.

It is a win-win win.

But only in a broken system.

Web 3.0 offers something completely different. Twitter's actions exemplify the system it is operating within. All are separate entities, conflicting with each other. Doing anything different is not going to happen since Wall Street will not allow it.

The business model is in place and will only be altered to enrich the financial holders. We still see a system where the users are the product. The only difference is they now get to pay for that privilege.

We are in the early stages of the entirely new system that is being constructed. Web 2.0 social media companies are basically enormous databases. They compile vast amounts of data, analyze it, then sell the results to advertising companies. To enjoy an ad-free existence, as shown, one much compensate Twitter for the lost revenues by paying for that right.

Their platform, their rules.

It is here we are seeing a paradigm shift. The construction of social media platforms on decentralized blockchains, even in their embryotic stages, is causing a change. Now, the platforms are not the aggregators of data. Instead, they are just platforms providing the utility. Hence, the profitability lies in the hands of the token holders.

Thus, we can see how the shift is from a database to a databank. The data, in whatever form it takes, has value and that is in the hands of the creator. Imagine if each Tweet, Google search, or Facebook post was treated the same way. Instead, all of that feeds into those companies' databases, resulting in billions of dollars in advertising revenue.

Coingecko devised a way to reward users of the site. Through their "Candies" program, one can collect the tokens each day. As you can see, it has a scaling collection schedule. This enables people to amass the Candies which can be used for accessing reports or other features on the site.

In other words, they are establishing premium sections but enabling individuals to access them through their patronage. This is in alignment with the idea that attention has value. Yet, that value is not being monetized to pay Wall Street.

Certainly, this is a project that is much different than a social media application built on a decentralized blockchain. It does, however, exemplify what is starting to happen. Notice how it is not coming from the established entities that are already locked into the present business model.

This is something we see coming from outside the established system.

Ultimately, the present model simply cannot compete with what is being constructed. As they say, you cannot stop progress. When it comes to the Internet, this is the path that it is heading.

For now, the numbers are miniscule. Social media applications have very few users proportionately speaking. It is a process of pulling one user at a time over to the new system. This is a how paradigm shifts work. They often are not quick in the beginning. However, over time, the benefits provided become evident to everyone.

It is here where existing institutions get completely run over. They, too, are often caught off guard since they didn't pay attention to what was happening early.

This appears to be the case with the existing Web 2.0 entities. They are going to operate based upon the same business model because, quite frankly, they really have no choice. That is the opportunity that is there for Web 3.0.

It is only a matter of time before these concepts reach critical mass.