Are We In For Much Higher Gasoline Prices?

Have you ever noticed how much of our economy is dependent upon the oil industry?

Contrary for the calls about the end of oil, we are still dependent upon the fossil fuel and that is not changing anytime soon. With all the attention on electric vehicles, people think we are rapidly moving towards a non-oil world.

The reality is that this is nowhere near reality.

In spite of the hype, EVs are not making much of a dent in the global auto sales. With maybe 2 million sold last year, we see a total market of 75 million new vehicles sold annually. At the same time, there are somewhere around 2 billion vehicles on the road globally.

This means that the 2 million sold last year, is a rounding error.

Of course, many believe that EV sales will ramp up and overtake the ICE sales in a few years. The problem is that batteries are going to be a hindrance. There are studies that show to even convert a large percentage of the new car sales to electric, will require a doubling of the amount of copper produced in the next 20 years.

Forecasts are that we will be producing less copper.

This does not mean that battery research will not get around this problem. However, it will take a while. 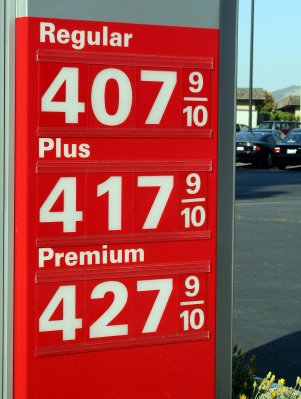 Hence, we are still dependent upon oil for not only cars, but plastics, tires, and the asphalt in roads. Look at all the plastic that around us. I find it ironic when people are on video talking about the end of oil while drinking bottled water.

This puts us back in a supply/demand equation. With oil, that is the biggest factor. A year ago, there was a glut of oil. However, as COVID hit, we saw the oil companies get rid of rig after rig, dropping the counts are great deal. This means they were plugging every hole they could.

Now, we are seeing a situation where, even though demand is down, the supply is down even more. This means that upward pricing pressures could result.

We also cannot overlook the politics of the situation. The Biden administration has already banned drilling on Federal land as well stopping pipelines. This will also feed into a lower supply of oil.

It is also likely that we see states trying to make up for lost tax revenues. One of the easiest ways to do this is to tax gasoline. A few cents per gallon will not be felt by each individual yet will raise millions.

The problem with this is that when gasoline prices go up, everything increases in price. After all, not only are most products made out of plastic, but it is also shipped. Naturally, ships, trucks, and planes are almost all powered by fossil fuels.

Ergo, when the price of oil heads north, everything else see a price increase.

Here we see another situation that will help to stifle the economy going forward. For investors, we are likely to see a commodity boom over the next few years due to the supply shortage. This is not only relegated to oil as we also see a shortage in food due to the lockdowns.

As commodities head higher due to supply chain issues, we see this filter throughout the entire economy. Even working from home, people cannot escape the breadth of what is taking place.

Of course, this is only going to be further enhanced (harmed) by the politics of the situation.

The states that most likely will be affected the most will be New York and California. The later might well see $6 a gallon gasoline.

As we saw in 2008, before the Great Recession, the economy can only withstand a certain level of oil prices. In fact, some believe that the financial collapse only masked what was going to be an economic collapse due to the price of oil.

Could we be seeing a repeat of what happened then?

While the price is much lower than at that time, the economy is more fragile today than it was heading into 2008. At that time, things were on fire.

Now, after a year of COVID, the global economy is hardly on fire. The United States is holding up fairly well (as compared to the EU which is tanking). However, there are aspects of the economy that are struggling.

Higher oil prices are devastating to our economy in spite of how much we want to pretend we are moving away from it. There is no doubt we are still tied to it completely. A pushing up in oil prices is like a tax on households.

In the end, higher prices will likely lead to a lot of pain for the pocketbook.

What are your thoughts? Are we in for higher gas prices over the next couple years?