Are We Ready For The 4 Day Workweek?

Technology advances at an amazing pace. Over the last 50 years, we saw amazing developments that enable economies to expand in a tremendous way. Automation in manufacturing, as an example, has allowed us to make more products with less people.

In the United States, we see record level of manufacturing production yet it is be done with 1.5 million less people than was required 25 years ago.

This shows how much of an improvement is realized in efficiency. 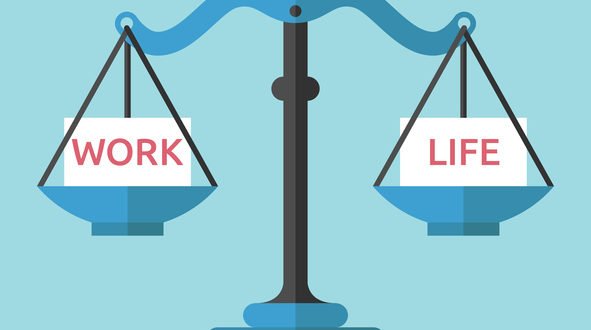 Yet in spite of advancements in areas such as this, the 5 day workweek is still standard. People are working 40 hours a week, many accumulating more time than that.

Why is this the case?

There are many, most of which fall outside the scope of this article. However, there are some that are valuable to cover.

We are conditioned to believe that working hard is a virtue. Those who fail to do so are looked at as lazy, slothful, and even sinners in some circles.

The problem with this is that it is a belief system. We have tied out value as humans to what we do for a living. Thus, we link our self worth to the amount of success we have in our careers. To many, this is sadly the most important thing in their lives.

Globally, the United States, despite being one of the most advanced economies, is one of the worst countries. People work more hours than most anywhere else in the world. This leads to a host of physical and mental problems.

Is it any wonder the U.S. is one of the leading countries in terms of mental illness, drug and alcohol addition, and obesity.

The United States economy is 70% due to the consumer. We live in a society where consumerism is almost a religion.

People are bombarded with advertisements, emails, texts, and other forms of marketing that make them want to buy. We see advanced psychological tactics that trigger people to spend money.

Much of this is done via debt. Homes, automobiles, and assorted other products are purchased with credit. This means people have to keep bringing in money to keep servicing the increasing debt loads.

Sadly, most cannot cut back their spending. They are so conditioned to spending that anything else is foreign to them.

This is also tied to a sense of entitlement.

If You Don't Do It, Someone Else Will

All advantages lie with the corporations. We now operate in a corporatocracy whereby the overwhelming majority of our incomes are spent with mega-corporations. These companies are also now making up a great deal of the employment. Since workers have fewer options, they are pressed to give more.

Coupled with the previously mentioned debt load, the reality is people cannot afford to lose their jobs. Companies know this. Nothing makes a corporate manager happy than an underling who goes out and finances a new car. This means that the person is basically imprisoning him or herself.

When people cannot afford to lose a job, they will agree to most anything. For many, this is working insane hours simply to stay employed.

Sadly, this ends up consuming the lives of many. In addition to health, families, relationships, and personal sanity often go by the wayside.

It is hard seeing society accepting a 4 day workweek. The psychological conditioning against it is too strong. Plus, there is an economic incentive to keep things going at the pace they are.

We live in economies that are driven by companies that are looking for perpetual growth. Public companies operate on 90 day cycles and what really matters is year over year growth. CEOs that fail to achieve this are replaced.

Quality of life is not something most advanced countries discuss. Instead, the only focus is on production, as much and as fast as possible. The negative impacts are ignored.

Of course, the media and Hollywood feeds into this. We glorify those who are financially successful. It is as esteem as a virtue, also ignoring the reality of the lives of many who are in that position.

Is it any wonder they call it the "rat race"? We are so in tune with the striving for massive success, it is all we focus upon. Debt ensures that we remain complicit in this, ensuring the "engine of production" remains in tact.

The sad reality, for all the effort put forth, the growth rate of the global economy the last decade plus is rather poor. We now are in an era where 3% growth is considered good. This is ridiculous considering the amount of time people work coupled with the advancements in technology.

Yet that is exactly where we are.

So will we ever see the acceptance of a 4 day workweek?

With automation in the form of AI and robotics moving ahead, it looks like a certain percentage will go to zero without a choice. This will mean that those are left in the workforce will be pushed to maintain the pace established by the corporate executives.

It seems we are going to remain on the same merry-go-round.