Over the past year, the crisis in commercial real estate is becoming more exposed.

Due to the lockdowns, the already suffering shopping mall market took a bigger hit. This was joined by office space getting hit as companies moved towards the "work-from-home" model. At present, there is debate about how permanent this concept is.

Nevertheless, in the meantime, we are dealing with a growing problem.

Banks are about to become minority holders in two of the biggest malls in the United States.

Bankers are reportedly set to take a minority stake in the two largest malls in North America after their owner defaulted on its massive, 3.3 million-sq.-ft. retail and entertainment development in New Jersey.

The debt loads on these properties is really crushing them.

J.P. Morgan Chase, Goldman Sachs and a group of real estate investors are set to take a 49% equity stake in Triple Five Group’s Mall of America and West Edmonton Mall, reported Women’s Wear Daily. (The Financial Times reported the news earlier.) The developer had put up 49% stakes in the two huge malls as collateral to secure a $1.2 billion construction loan for American Dream, which is located in East Rutherford, N.J.

It is no secret that the shift towards online shopping has really had an impact in the sales for the physical stores. Each year we see this increasing, with no expectation of it slowing. We are seeing larger ticket items like cars being sold online. 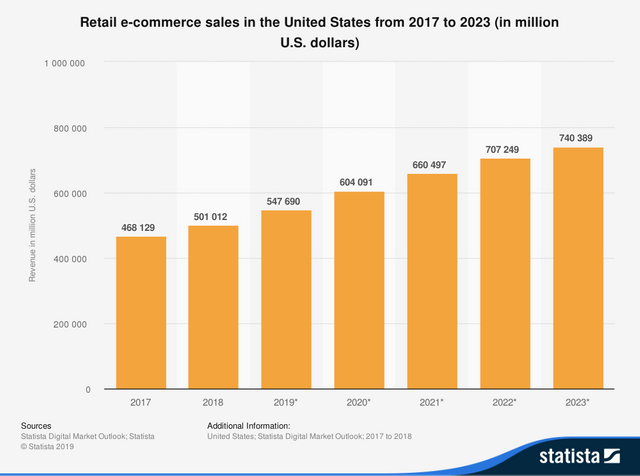 As department stores and other chains come under pressure, they turned to the landlords to make concessions on the rent. Some even took the step of not sending in the rent checks, simply claiming that they couldn't afford it during the lockdown.

Of course, this put pressure on the mall owners as the holders of the debt wanted to get paid. The banks are obviously getting a bit tired of waiting around. By taking a piece of the malls, the banks are hoping to recoup the money they laid out.

Ultimately, we can expect to see stories like this in the future.

The situation is not much better for office real estate, especially in the major cities. The Big Apple is known to be suffering and there is no end in sight to the pain that commercial real estate holders are facing.

This sector is being hit hard by the work from home movement. In Manhattan, it is estimated that less than 25% of the employees are working in the office. That means 75% of the city is still working from home. How much of this becomes permanent is the major question? If it is a significant portion, we might see the office real estate market completely obliterated.

Presently, the availability rate in that area hit a 30 year high. It is now at more than 17%.

Savills said the amount of office space available in Manhattan is at a three-decade high. The report, released on Thursday, said the availability rate soared to 17.2% in the first quarter. The rise in the rate was primarily due to a massive surge in sublease space, which now stands at 22 million square feet, or 62% higher than 2019 levels.

This is causing agents to do whatever they can to incentivize companies to sign leases.

Savills said rents fell for the fifth consecutive quarter to around $76.27 a square foot, down 9% from a year earlier. These cheaper rents are creating a massive opportunity for companies who want to enter the city.

Desperate landlords were offering generous concessions for long-term leases at newly constructed buildings: "Average tenant improvement allowances jumped 16% and free rent surged 17% to an average of 13.5 months. The tenant-friendly market is expected to last for at least the next 12 to 18 months," Savills said.

This chart shows how few people have returned to the office in Manhattan. The trend is telling a very dark story for landlords. 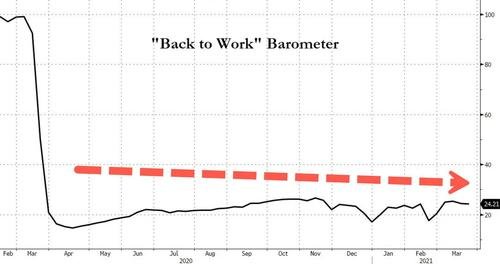 What is being discussed is a hybrid situation that companies adopt. Under this scenario, a portion of the staff returns to the office while others remain home. We also could see alternate days where a portion of the employees come in on one day while other parts come in a day or two later.

All of this means that less office space will be required by the companies. This, of course, is a major cost savings for these entities. It doesn't take a genius to figure out that they will opt for this is they can make it work.

Technology is making all of this possible. According to Gartner, IT spending is set to increase 6% over the 2020 number. A lot of this is going to enterprise software which enables more streamlined workflow increasing the ability for companies to move in this direction.

Many are wondering if the commercial real estate markets in some of these cities is ever going to come back. Naturally, the idea is that it will since it always did before.

However, with technology advancing so rapidly, we might find that something is truly different from the past. If the work from home (read work from anywhere), people can achieve the same end by being in an area with a much lower cost of living.

We are now a year since this all started. The reason this is important is because commercial real estate leases tend to be 5 year terms. Thus, we already see 20% are already up. Throughout the next 12 months, we will see another 20% coming up for renewal.

What will companies opt to do when their leases come due? We will have to wait and see. However, the longer all this goes on, the worse the situation becomes for landlords.

If it goes on long enough, this trend might be permanent.