This was something that was being touted as the next wave of transportation innovation. A little more than a decade ago, many countries were looking into the idea of starting to develop this form of transportation.

Many countries in the East were the first ones to get on board. The West took a bit more time to embrace the idea. Yet, some areas came around to the idea of "bullet trains" and began the process of development.

Thus far, most of the projects are abysmal failures. In fact, many never were developed. There are a lot of problems and it might be time to conclude they were a nice idea that did not translate into reality. 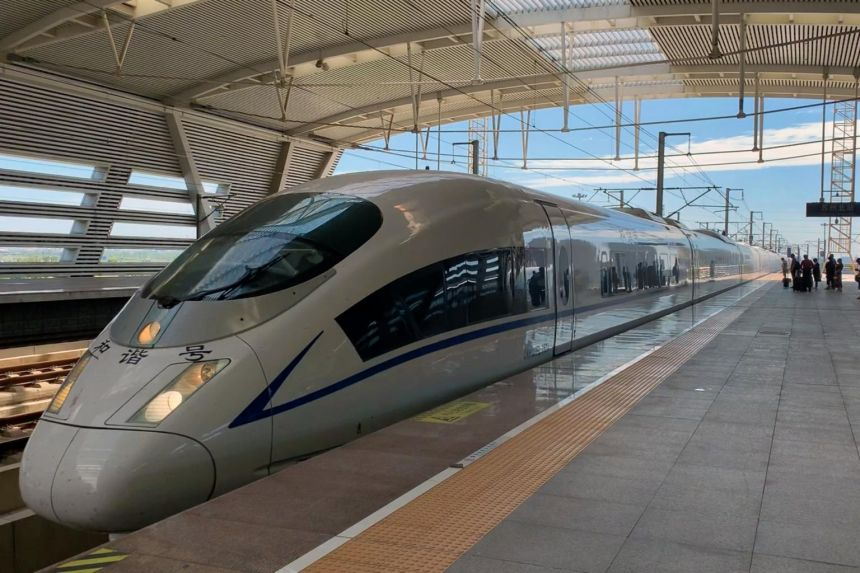 There is little doubt that the failure of high speed rails is happening across the board. In fact, it id difficult to find successful projects. Even the ones that were completed, like in China, end up as debt traps.

Here is why they tend to be failures.

The West could learn from the mistakes of China. For over a decade, the country invested heavily in these type of operations. So far, the results are less than previously espoused.

HSR construction costs nearly three times more than a conventional rail line. Given the absence of freight tariffs, its operational viability is hinged solely on passenger fares to cover the capital expenditure and operating costs. The craze for HSR has made China neglect the construction of conventional systems, adversely affecting the balance of the country’s logistics mix. As a result, rail has consistently trailed road and water freight transport for the past several years. This has led to growing investments in polluting freight road trucks and trailers, offsetting the environmental gains resulting from HSR. But for the China Rail Corporation (CRC) that owns the HSR network, that is the least of its worries.

This shows how a basic premise was overlooked. Relying on just passenger traffic is fatal. Most trains operating carry freight. More products are moved around than people. This is true across the world. Sure people have commutes yet everything we have is transported into our areas for purchase.

Hence, HSR is designed to target the smallest market of rail transportation. This is not exactly something that is going to succeed when the costs run into the tens of billions. 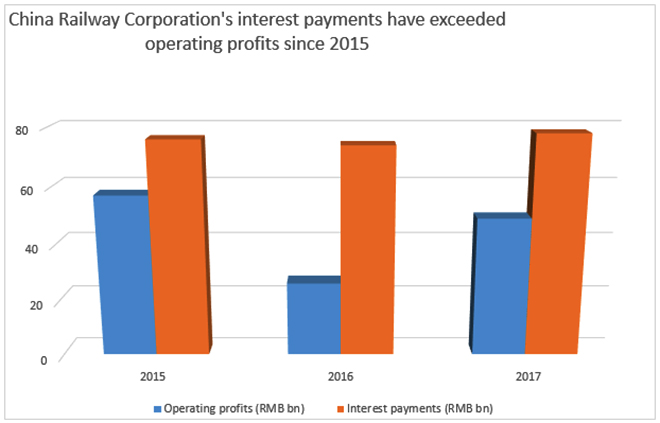 In the past few years, mega borrowings by provincial governments to monetise its HSR lines have created a debt trap, which is now pinching the coffers of the state-owned CRC. CRC’s financial woes started nearly four years ago when more than 60 percent of the HSR operators each lost a minimum of US $100 million in 2018. That year, the least profitable operator in Chengdu reported net loss of US $1.8 billion. In the same year, transport economists in China had predicted an impending debt crisis for the country’s HSR that was dependent on “unsustainable government subsidies with many lines incapable of repaying the interest on their debt, let alone principal”, and were caught in a vicious cycle of “raising new debt to pay off old debt”. Consequently, since 2015, CRC’s interest payments have been significantly higher than its operating profits, shrinking its bottom line.

Now the Chinese government is finally pulling back on the entire initiative. It is curtailing further investment to avoid falling even deeper into a debt trap.

A Lesson For Others

The situation in China is a stern lesson. There is little doubt that the one party system they have enables them to get things done quickly and without resistance. If the central party wants something, it gets done. There is little debate or discussion.

Yet, in spite of this, they are having an awful time with profitability considering their construction costs will be a fraction of the West as well as being able the most efficient in the world.

That, of course, does not stop the West from trying it. The center of the lunacy, California.

Their HSR project started more than a decade ago. It was going to raise billions of dollars to match the amount that was being put in by the state. Originally it was to have $9 billion in states funds, matched with another $9 billion. Only $5 billion was raised, failing $4 billion short of the mark.

Never one to let taxpayer money sit idle, there is a fight over where to send it. Since it will never be sent back to the taxpayers, politicians have to spend it, even if it is asinine.

That is what is happening here.

Of course, California are not the only ones playing this game. Texas and Maryland are both trying to get things going regarding their HSR projects.

In the end, they will fail to learn the lesson of what is taking place around the world. Not only are the cost overruns going to kill any hope for long term sustainability but technology is going to obliterate them.

Anything that takes a decade means we will be dealing with a completely different world. There is little doubt transportation is going to change greatly over the next decade or two. How it will unfold is a mystery at this point. Nevertheless, there are technologies that are going to radically alter the way both people and goods are moved around. While we cannot pinpoint how it will look with certainty, we do know the next decade will be massively different.