For more than a year, I have forewarned of deflationary tendencies that are arising. While the entire world focuses upon inflation, the reality is that deflation was the risk.

At the moment, the inflationist are still having their misguided heyday. They believe that the price increases of the PCE, CPI, and PPI are due to "money printing" by governments and central banks. We went over this ad nauseum so no need to beat that horse again.

Since they are buying into false beliefs, they are going to be caught with their pants down.

Deflation is going to be on tap for the next couple decades. There might be periods like we saw the last couple years where things are in shortage. However, the overall trend is going to hold. 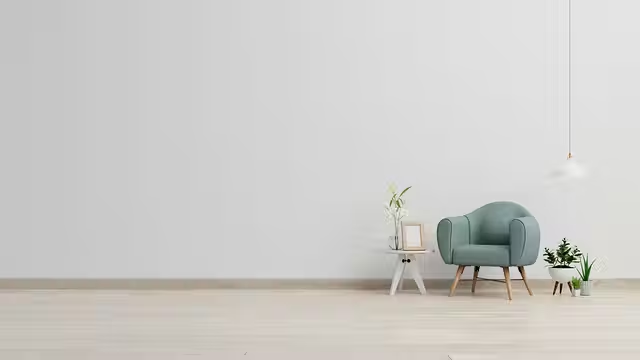 The developed world is full of crap.

This is something that we have to step back and honestly take a look at. Perhaps it is due to the fact that most people have inferiority complexes and do not feel comfortable in their own skin. Americans are especially guilty of this.

Retail therapy is something that many within the develop world engage in. When one feels bad, instead of reaching for a substance, pull out the charge card. Hey, it is time to go shopping.

Of course, this can take on many forms. It is the woman who has to fill up yet another closet or the guy who have his "midlife crisis". Suddenly he brings home a very expensive automobile and, perhaps, a new (younger) woman. Of course, lavishing her with expensive gifts helps the economy along.

This might be coming to an end. As evidenced by Walmart and Target, people are buying less crap. They are not spending money like this did the last couple years. If less stuff is purchased, inventories rise. This is a fact we discussed during the 4th quarter of last year.

The reason we focus upon something like this is that it looks forward while inflation is backwards looking. If you want to know what is going to happen, do not focus upon data that gives you a read on the past.

When people buy less stuff, recession is part of the forecast.

Did you see the retail sales numbers along with imports/exports over the last 18 months?

Naturally, this can only mean the "consumer is strong".

When you have prices that more than double (with commodities, some tripled), it is going to send those numbers up. These are not adjusted for inflation. Hence, the raw numbers, in USD terms, looks outstanding.

The reality is the demand was down. If we view these metrics by number, we saw the Chinese were importing less than before COVID. The fact the price of most commodities shot up skewed the USD totals. What could not be altered was the imports by volume.

Since the Chinese were importing less raw materials, what do you think the outcomes was going to be?

If you said, less exports, that is correct.

It is now evident to even the braindead financial media that the consumer is altering his and her behavior. People simply are not taking the same approach they did before. Simply put, people pay more to get less. This results in people only buying what is absolutely necessary.

This is what minimalism is.

And it is extremely deflationary.

So while the world is all screaming about inflation, understand there are already areas where the switch is flipping. The path from inflation to disinflation to deflation can be a rapid one.

Do not be surprised if we get a whipsaw here. This is how things usually happen.

After several of these, I get it, and I see it developing and as we all cut back our spending I can see how it's going to snowball.

I mean the inflation is real if you look at the costs of buying Housing, food, drugs, gas, etc.

But the part you have made a great point of explaining is how that will kill demand *a point I make all the time in crypto..

And scarcity without demand is a terrible painful place to land.

I finally get it, and just in time.

Good points. I stopped buying crap a long time ago and right now I am trying to downsize and get rid of junk.

Services and subscriptions that I don't use much are downgraded or cut out altogether.

Many people have no choice but to cut back. If it becomes habitual the "economy" as we know it is in deep trouble.

The reason we focus upon something like this is that it looks forward while inflation is backwards looking. If you want to know what is going to happen, do not focus upon data that gives you a read on the past.

That's right we Need need to apply what we are seeing currently if only we want change.

It is and with the current rising prices, I expect to see more of it. Just wondering, but I have also heard that credit card usage is also going up. So do you think that will stop at some point as well?

I think it's a generational change too. What older people did, younger people are not willing to do. There's a different perspective emerging where younger people realise that 'buying crap' is nonsense. It's just a short term gratification.

It is becoming so obvious as more and more people are getting smarter in spending, the market feels the impact. Less demand=more inventories piling up.

Hive is making great impact around the world. Thanks sir.