The Internet Of Energy Is Being Developed

This is not a phrase that most are familiar with but it is a repeat of what took place a few decades back.

Today, most are aware of the Internet yet, when it was introduced, it was a novel idea. The concept of connecting computers, at that time, was not something that was commonplace. Most systems were intranet, meaning within one ecosystem, typically a company. It could be broken down by division. Hence, if you wanted to change networks, one would have to physically go to a computer on the other one.

Of course, decades later, we take it all for granted. The idea that systems were massive mainframes with dummy terminals is pretty much foreign to us. And the idea of a single computer operating on its own, connected to nothing makes even less sense. 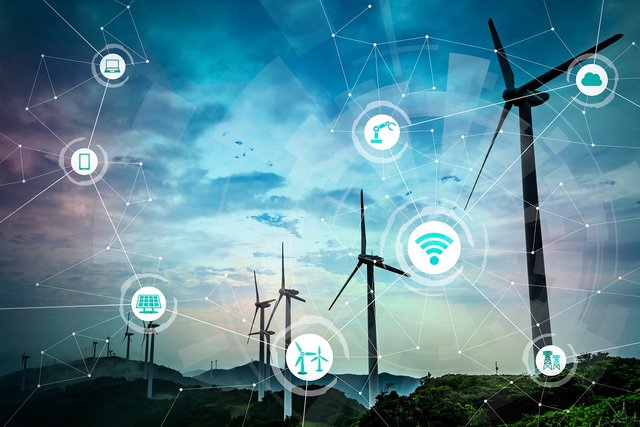 Presently, our utility industry is akin to what computers were like before networking and the Internet. Instead of nodes that were interconnected, operating back and forth, we have basically centralized production that is pushed out to the other "nodes". They are rather dumb since they do not generate any electricity.

This is all changing. We are going to see a repeat of what took place with computers over the next couple decades in the energy realm.

The Internet of Energy basically collects nodes that generate, store, and share energy. This is no different than a computer node. Within this realm, we see solar panels, local hydro, geo-thermal, and battery systems that will be used to create an Internet-like system.

Our system is presently extremely centralized. Major utility companies are responsible for the generation of power and transmitting it to where it needs to be. The other nodes on the system simply receive the power that is sent down. Very little on the system is two-way. That will not be the case in a few decades.

We obviously have the "off the grid" living. However, this is a small portion of the households out there. What is becoming commonplace is for companies to generate the power for some of their facilities all on their own. We are seeing this with some manufacturing and data centers. While they might not be able to cover all the energy required, they can handle a fair portion of it. Of course, at those times where they do generate excess, that can be send back to the power grid.

The hardware is just one portion of the system. Much like the Internet (computers), software is going to be the primary component. This is a piece that is lacking but is being worked upon. Just like software stacks help to monitor, route, and handle the network traffic, we are going to have to do the same thing with energy. Naturally, there will have to be pricing mechanisms incorporated for those who are generating to be compensate from those utilizing it.

One of the issues that some foresee is the fact the fact that it is so centralized. We are accustomed to energy being generated by a centralized facility, we know the control is not going to be easy to give up.

Like the Internet, this process is going to move forward in a decentralized manner. There are many different companies looking at disrupting the energy sector. This is led by the likes of Tesla yet includes a lot of start ups. In short, there is a lot of money at stake and many want a piece of it.

This is going to be a very expensive and slow process. One thing is for certain: the world's energy needs are going to keep growing. As we advance further technologically, we are seeing the dependence upon our energy sources grow. This means that most forms of energy production will see growth during the next few decades.

Relatively speaking, it was still a lot cheaper to get a personal computer in the 1990s or early 2000s and hook it up to the Internet than it is to install a solar system in one's home.

Nevertheless, the demand is going to be there and many are going to enter the race. We will see a lot of decentralization which is going to be tied into the centralized system, at least for a while.

Nevertheless, we are able to watch the Internet of Energy forming before our eyes.