There appears to be a concerted effort to get more engagement on Hive and especially on Leofinance. Since this tribe went to a different reward curve, the number of comments has been fairly impressive.

That said, we can do much better. 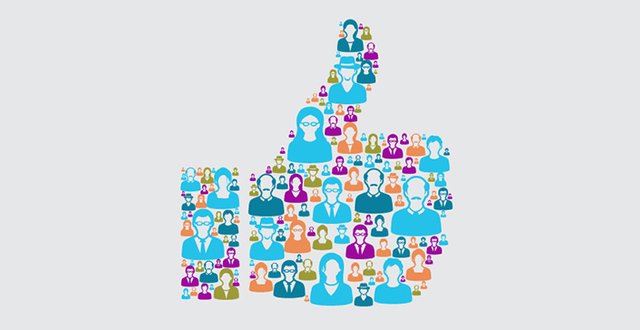 According to the numbers put forth by @leo.stats, we are still pushing the 8K-9K level most weeks. This is fairly impressive considering where we stated. However, there are ways we can push those numbers higher if we focus upon it.

About 5 months ago, I proposed the "Initiative of 10".

This was a project that asked people to commit to doing 10 comments per day. For many this seems like a lot, yet it is not as hard as people think.

Because of that, I wanted to add a few ideas as to ways people can increase their comments.

Before getting to that, I want to put forth a few goals that we have set.

The first pertains to the weekly stats provided by @leo.stats. We would like to hit 10K comments per week through the Leofinance interface. Realistically, this is not a number that is difficult considering we had more than 1,000 users on the interface last month. If 200 people do 10 comments per day, we will easily surpass the 10K comment goal.

I will set forth the second going in a bit.

So here are some ideas of how to improve one's commenting and, thus, engagement.

The first talking point is that one must be committed. From those who are having success with this, their commitment is evident. One cannot really make a half-assed attempt at this.

Thus, I would suggest that people make the commitment to leave more appropriate comments. If one sets a personal goal of 10, then it is more likely to happen. What does it mean to commit? That one will get it done no matter what.

This start with one's own blog posts. Do you realize how many people do not even reply when someone places a well thought out comment on their blog post? This is really bad.

If one commits to answering every decent comment make on one's post, he or she will find that, over time, more are left. The reason why I put decent is because there are some who still the "great post, thank you". Skip over them because there is not much reason for engagement.

If you take the time to read a post, then leave a comment. Even if you dont upvote the post, put something down that is applicable. You already spent the time reading, why not add to the engagement?

This will add a couple more comments to your daily tally.

Visit @leomarkettalk On A Daily Basis

We have a "chat room" set up to engage with other Leo members. Each day, we post a new article which opens up the comment section to "talk" whatever people want to discuss.

Here is the second goal that was mentioned before. We now are aiming for 10K comments under these posts for the month of April. We did 8K in the month of March so this is an attainable level we feel.

This is a place where one can get involved and chat with other Leo members. It will not only stimulate some engagement but also earn a few upvotes here and there. We also see people getting a few more followers out of this which can help the return on posts.

Have An "Ask Me Anything"

This is an idea put forth by @hitmeasap. The idea is to take what is happening in the Leomarkettalk comment section and try to push it outwards.

Anyone can host this. Simply put up a blog post where you invite other users to ask you questions. This will hopefully stimulate them leaving comments in the form of questions. Of course, the engagement increases when one answers the questions.

If someone gets 15 questions, that will be a minimum of 30 comments on the post.

Keep in mind that Leofinance is a financial/crypto site so keep questions to those pertinent topics.

These are a few ideas of how to increase the comments without resorting to spam or crap commenting. It doesn't take long to type a couple of lines that are applicable to a well written article.

Engagement is vital when new people visit the site. If things are dead, they will not be interested in participating. However, if we show this to be a vibrant community, as evidenced by the engagement in the posts people read, they will not want to miss out.

After all, everyone loves to get involved where there is activity. Most of us on here for any length of time know what it is like when getting engagement going is like pulling teeth.

Thus, let us all commit to doing out part to push Leofinance to the forefront in terms of the engagement. With 1,000 people here on a monthly basis, we can really make a strong impact.

Put some of these to use.