Cryptocurrencies Are Not Valueless (A response To Bill Gates).

Lately, the crypto world has been getting criticised by world renowned billionaires, entrepreneurs and inventors who believe cryptos are valueless, add no form of value to the society and would be worth nothing in the nearest future. The most recent of folks on this table are Christine Lagarde, the President of the European Central Bank and Bill Gates, the founder of Microsoft and the world's 4th richest man. 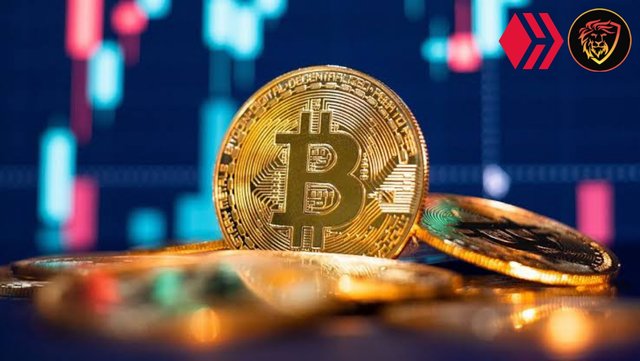 I wouldn't want to go deep into why the same cryptocurrencies which these folks regard to as "valueless and worth nothing" are constantly being subjected to regulations and tax...it's obviously quite clear they do mean something that way so I would focus on informing anyone who also has the same the same mindset about why cryptocurrencies aren't valueless. Before going into that, it's best to understand the concept of money or currencies.

The early exchanges were done with trade by barter which involved two people exchanging their belongings in a fair ratio based on their needs. The flaws of this means of exchange is that the products exchanges aren't portable, could get spoilt and there was was problem of looking for a suitable person to to exchange goods with.

Currencies changed all that starting with the physical paper notes and coins which gave people the ability to sell their goods easily to anyone and also make payments with ease. These currencies can be easily transported and unlike the goods from trade by barter and they have a longer shelf life when compared to these goods. These paper and coins currencies are backed by the government and derived their value from the people who hold them (the citizens). Besides this, currencies are just a piece of paper and some metal.

Time is changing fast and paper and coin currencies have shown their flaws as well, which include consumption of wyute alot of time sending money from one person to another, unlimited supply of money, centralization and the fact that these currencies can be defaced. The world has been looking towards the direction of making money digital for a couple good reasons and that's where most of these banking apps come in to play, but cryptocurrencies bring more advantages when it comes to digitalisation of money from their elimination of a third party to sending money fast across the globe and true ownership of your money.

Unlike paper and coin currencies, it isn't backed by any government but has satisfied other long qualities of anything that should be regarded as money and the first on this list is acceptance. Accepting that something has a particular value and the demand for that thing is what gives anything value.
Taking the dollar for example, it strengthened against the Euro when many economies in the world had even slower growth and most traders wanted to invest in the dollar as a for its stability. The demand for dollar went up and now the dollar happen to be the world's strongest currency.

The same thing happens with many cryptocurrencies, it may seem like they're just a bunch of numbers, but they do have value because the people have given them that value and there's a growing demand for them. Like I said, the only issue with them is the fact that they are not backed by many governments and that is changing with countries like El Salvador and Central African Republic now making cryptocurrencies a Legal Tender.

I'll stop here now, but I do believe billionaires like Warren Buffet and Bill Gates should have a better understanding of how money works. Well, I wouldn't be so surprised if in the future we find out that they actually had cryptocurrencies all these while and placed so much value on them.

Congratulations @teesart! You have completed the following achievement on the Hive blockchain and have been rewarded with new badge(s):

The presence of many cryptocurrencies slightly violates the plans of these guys to create something that they can control and impose on everyone, as the only way to save humanity. In developing countries, people who have a crypt now have the opportunity to purchase medicines that were previously not available to them, and they had to beg on their knees to WHO to take care of the health of the people. A lot of things are out of their control.

Yay! 🤗
Your content has been boosted with Ecency Points, by @teesart.
Use Ecency daily to boost your growth on platform!