3in1! Not a Nescaffe, it's Stellar, Zilliqa and Tron 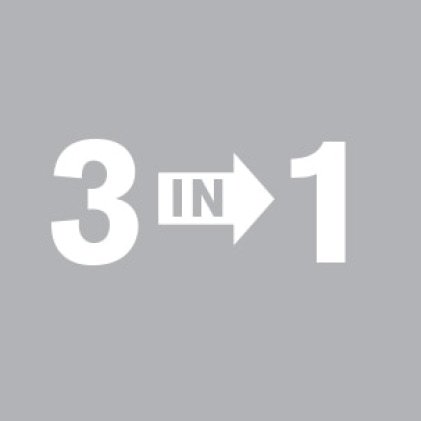 New Year, new posts, new highs or lows. Most importantly I got new dark theme on my charts in tradingview.

This year when I made my 2021 financial targets I said that I want to invest in some coins, including here Stellar, Zilliqa and Tron.
There have been some crazy movements in these ones...you can find almost everything I said about them in my blog. So, no links...go check them, lazy...

Stellar experienced a crazy bullish move of more than 100% in a single day. But since than price started declining. Most of people will panic, I say what a freaking great time to buy some more!

You can see that price broke strongly above the previous resistance! Remember, it is a rule that every time after a break price comes back to retest. And here as well we have our beautifully formed retest on 0.225 and then another bullish push after it.
Let's look closer!

Momentarily price is holding in a minor, newly created Support at 0.275. What can happen next?

Ok, first case scenario is: This 0.275 Support holds and we experience another bullish push which will lead to new highs for this year! Keep in mind that my bias is Bullish.
Second case scenario: Price drops a bit further to the other Major Support zone at 0.225 which would lead into creation of a Double Bottom and then we can go higher.

If you read my posts you will know how much I love this coin and trust me it takes a lot to make me love something. Again no details since I did cover everything on the previous posts. So straight to charts.

As you might see I didn't delete my previous analysis on Zil! I did this in purpose just to show the significance of technical analysis.
Ok, Price broke a strong resistance and move higher to highest point of this year at 0.1025!
Do we already know what is price doing now?
Price was making Lower Lows and Lower Highs until it reached the support zone! As I said price needs to retest always after a strong movement. Now price have already reach the strong support zone at 0.052! Now the question is, will the price drop further down or respect the bullish flag!
Let's look closer!

Price could move higher above the small resistance zone at 0.066 and then move higher to break the upper trending line, retest the 0.071 and after that go higher above the 0.10 which I think it might close the January somewhere at 0.12.
Or, if there is an ''or'' or ''but'' prepare yourself because things are about to get a huge turn...but this is not the case with Zil. If price gets rejected at 0.066 it might go lower and find support at 0.058 and then move higher as projected by the arrows I drew.

As small as it might seem, Tron is huge when it comes to it's vision and platform. As many other altcoins, Tron also had it's bullish push. Let's see what happened with it's price action.

Tron broke the bullish flag pattern and tried to go higher, but as soon as BTC price plunged it experienced a drop as well. What will happen next...? Even though price looks that it found support on the 0.028, let's have a closer look.

Tron's price is at a strong support! Keep in mind that 0.028 and 0.027 are two very strong support zones for Tron. Either way if price goes there I expect a bullish turn.
In 1hr TF you can see that price broke the bearish movement but this is a small TF, anyways I do expect price to move higher and go as I drew the path on the zones.

My bias for the three coins is bullish!
Stellar and Zilliqa for the moment look the best while Tron needs to show a little bit more confirmation before I'd buy again.
A confirmation would be a strong bullish candle above 0.030 with a retest on it.

What's your bias on these three coins? Let me know in the comment section.
Would you like to see a technical analysis on another coin?