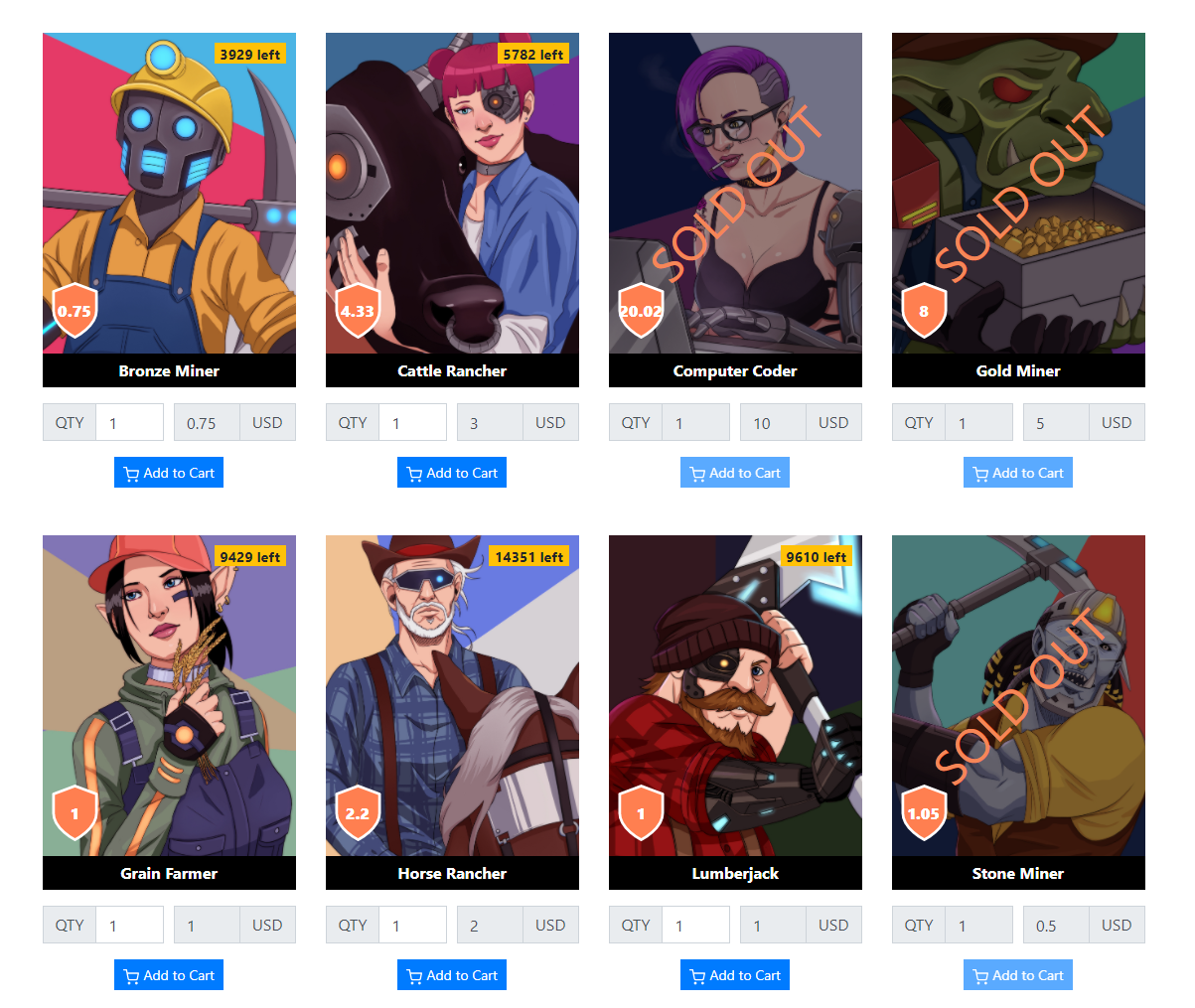 FarmFarmer is the first of many Hive-Engine games that are planned to be cloned. Almost immediately Mythical was released which is an exact copy of FarmFamer but with less cards (aka Miners).

I didn't get any of the discounted miners as they were sold out almost immediately.

For a few weeks I didn't see any FARM tokens from my miners. This isn't too surprising as I had around .08% chance to win every hour according to the FarmFarmer wallet.

Over time, I eventually received some FARM tokens, in the two months I received 4.5 FARM. This means I won the hourly auction 9 times as you receive 0.5 FARM every win.

It has been 60 days since I originally purchased my miner cards, so it's fairly easy to calculate my break-even period and "ROI".

Let's take the tokens I have received and annualize it. If I received 4.5 FARM in 2 months, I should receive 4.5 * 6 in a year, or roughly 27. This is being generous as the amount of mining power is constantly going down and has already gone done quite a bit since I originally got the cards.

FARM is no longer worth anywhere near $1 on the market as stated in the original post, about $0.356 cents at the time of this post. Although there is barely enough depth to sell 27 tokens right now, they are being bought for around 2.6 Hive a piece. In fact, selling just 38 FARM will bring the price down to 1.1 Hive, less than half the price. That gives me roughly 70.2 Hive/year if it doesn't slow down (it will) and no one else tries to sell any (they will).

My original purchase was for 331.5660 Hive worth of Horse Ranchers. At 70.2 Hive/year that gives me a break even of around 4.72 years if mining doesn't get harder and the FARM token doesn't get cheaper. Both of these will happen though as history has been showing so it is likely going to take 6-8+ years to break-even for the miners unless something drastically changes.

I have brought this up to the team, and I was told that the "FARMGOV" tokens changes the game and allows you to alter the mining formula. In reality it is so insignificant that it's a benign element to the equation. You have to stake the FARM you mine to have a chance to win FARMGOV. If you happen to mine it (I have once since day 1) you receive two FARMGOV which will alter mining of any token by 0.001. At least for the Horse Rancher, I spent two FARMGOV to change the mining performance of the Horse Rancher from 2.20 to 2.202.

To date FarmFarmer has collected 55896.580 Hive and the clone game Mythical has received around 9,606 Hive. The second time around didn't catch on very well. It was clear in the first post many more clones were going to be released.

Nine days after the release of FarmFarmer a complete clone of the game called Mythical was launched and it was clear the only one farming was not the players.