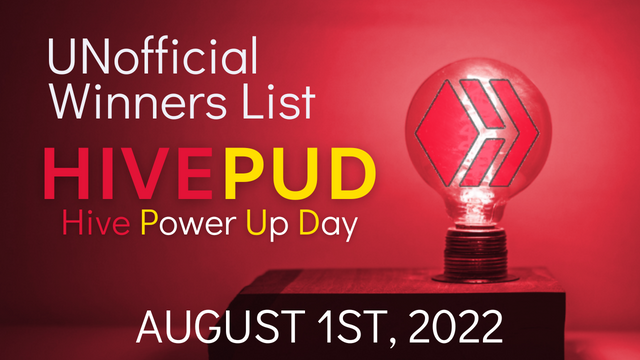 While I certainly wouldn't say that this latest Hive price pump had anything to do with Hive Power Up Day (at least, not out loud...lol), I will say it was definitely cool to see! Although I will admit I was slightly bummed - I've had my finger hovering over the "Buy" button for weeks now, hoping to turn my HBD into enough HP to push me over the 40K mark. My hesitation means I'll be waiting a little longer to see if the price dips down again (and yes, I missed that awesome HBD pump last week as well because I was asleep - dang the luck!), but regardless, I'm planning to cross that mark next month, which will also be my five year Hive anniversary, so it seems very fitting.

Now, as always, a HUGE THANK YOU to everyone who contributed to this month's Hive Power Up Day, either through powering up, posting, offering prizes, or spreading the word. As I said on @hivebuzz's Feedback from the August 1st Hive Power Up Day post...

What amazing timing for a big Hive pump - right as Hive Power Up Day was about to begin! It will be interesting to see what affect it has on our numbers this month though - while I don't have any of the data yet, it seems like it was a little quieter as far as new faces go, but it would be cool if we got noisier numbers for the total powered up...lol!

Even if we didn't reach new heights this month, from the chatter I've seen on chain and on Twitter, I'd say we had a more than decent amount of participation, which is not at all surprising given our awesomesauce community.

As always, a big THANK YOU to everyone who participated in this Power Up Day by powering up, posting, and/or shouting out on all traditional web 2.0 social media. All of those things help shine a light on the blockchain, which in turn helps to grow our community. Special thanks to @hivebuzz for always BEEing such an incredible buzz-maker for Hive Power Up Day, and for continuing to add to the blockchain fun. And here's to all the Hiveans, new and old, who continue to increase their voting power and influence on the blockchain - congratulations to you all!

So as it turns out, it was kinda the opposite of what I expected - we had noisier numbers for participation and a quieter total powered up, which I actually like to see. It means more new faces with smaller accounts are locking in their Hive and growing their stake and influence on our blockchain home, which I think is wicked cool.

To break it all down, we had 98 qualifying entries for the prize pool (compared to 88 in July) with 157 total entries (compared to 146 last month) and 176 posts with either the #HivePUD, #HPUD, and/or #HispanicHPUD tags on the first (last month we had 161).

Here is the UNOFFICIAL winners list for August 1st. If you spot any errors, or your powerup/post was somehow overlooked, please shout out as soon as possible.

And as usual, on August 5th I'll publish the OFFICIAL written-in-stone list, and at that time the sponsors can award their prizes. The complete list is in my somewhat newly combined announcement & welcome to Power Up Day post, and will be included in the official results as well.

Again as always, special thanks to my numbers guy @abh12345 for sending along the raw data for me to use to put this together. You ROCK, Asher! 😊

This list only includes those who powered up & posted about #HivePUD and/or #HPUD on the 1st, and met the criteria (reputation between 39 and 69 before powering up; Hive Power between 100 and 8000 prior to the 1st), and posted using the tag(s) so they qualify for prizes. I don't assign placement numbers until the official list is posted, and I've added a separate list below this one for those who posted & powered up, but their accounts were either too big/too small in their Hive Power or Reputation to qualify for the usual monthly prize pool.

Unofficial list of those
qualified for the prize pool
August 1st, 2022

Participants who don't qualify for prizes

(but qualify as amazeballs because
they participated anyway!❤️
which inspired me in August 2021 to start offering a small but special prize pool for these folks)

Thanks again to everyone for making this #HivePUD monthly event such an amazing success! I'm so proud to be a member of this wicked awesomesauce community!

My posts may occasionally contain affiliate links. If you click through,
I might get a wicked small commission, with no extra cost to you.

My photographs are taken with my trusty Nikon,
sometimes utilizing my handy dandy tripod.
Blog graphics created on Canva
GIFs either found on or created by using Giphy, Tenor and ezGIF

All words and images are mine (unless otherwise indicated),
and can also be found on my various social media sites.
Speaking of which...

Great job. Thank you so much My dear friend.

Thank you very much for your excellent work. Blessings @traciyork ✨

I saw my name in the list of people who didn't qualify. I asked myself which requirement did I miss? I wrote a post, didn't power down, powered up enough... then I realized I was disqualified because my reputation is too high. I suppose being disqualified for having too good a reputation isn't so bad !LOLZ


Did you hear about the cheese factory that exploded in France?
There was nothing left but de Brie.
Credit: reddit
@traciyork, I sent you an $LOLZ on behalf of @ironshield
Are You Ready for some $FUN? Learn about LOLZ's new FUN tribe!
(1/8)
0

you have grown to a big fish! ofc that is not a bad thing 😜

More than excellent @traciyork, thank you! 😁

@traciyork Thank you. This was my first attempt to power up on PUD.

Thank you so much for the kind mention. I wish I could win and can work as curator beside working as a buzzy bee. Thanks dear for including me in the list 💝❤️💖💗💓

BIG THANK YOU to the entire Hive Power Up Day team. It's a big task you all undertake each month. It's exciting to be part of this monthly global challenge. Go! HivePUD! Go!

Thank you and till next PUD

I'm surprised I hit 40K before you did. You'll be there in no time at all, though! And I had a year's head start.

I was wondering why I didn't find my name on the disqualified list, then I checked my post and found out I didn't use the proper tags, lol!

Awesome 😎. Thanks for the mention.
I happy that I made the list.lol

Congrats to everyone who powered up!
And thank you so much for all you do for this, Traci :)

thanks for the detailed update about HPUD :D

@traciyork! You Are Alive so I just staked 0.1 $ALIVE to your account on behalf of @mervinthepogi. (2/10)

Thanks @traciyork for this update. I am one who is not qualified because i have less than 100HP but i was happy participating the PUD for the first time.ooming forward for the next PUD.

Thanks for everything, have a blessed day ahead.

Congratulations everybody on your power up on the first!
What a great stats this time.

Thanks so much @traciyork 😊 and all others involved!
Hope you reach next month the 40k together with your 5 years here… that makes for an extra big celebration 🥳💃🏻

Will be in qualify list next time. Happy to take part in PUD and still on it for PUM badge! - Good wishes to everyone! 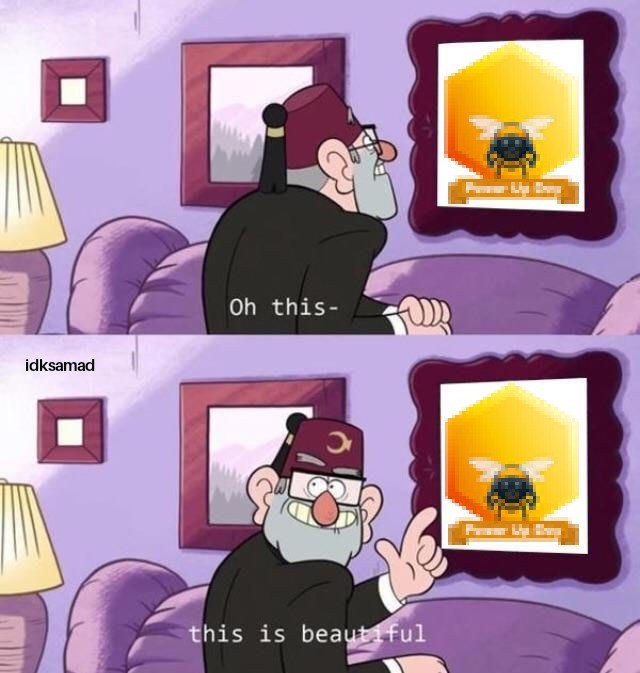 Good job everyone! See you all in the next PUD :)

Thanks a lot, so cool! Congrats to everyone!

Did I miss out some how? No big deal I am still on track with my power up plans.

Hi @ctrpch - I took a look at your profile, and you didn't write a post for Power Up Day on August 1st. By the time you posted one yesterday (August 3rd), I'd already started working on the raw data for the results. Hope to see your name on the list in September though! 😊