Today the silver menu has an old 1 drachma from the good ol' 1910. I used to have three of these coins but during the Christmas festivities I gifted the two and kept the one that was in the best condition for myself.

The front side features a portrait of King George of Greece and reads in Greek, Γεώργιος βασιλεύς των Ελλήνων which as you probably guessed translates to George, king of Greece: 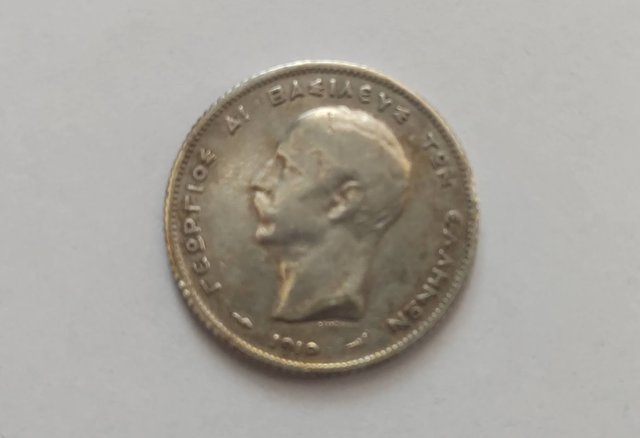 As for the back side, it features Thetis on a horse or something, carrying the shield of Achilles and reads ΔΡΑΧΜΗ for Drachme. Thetis was a lesser Greek sea goddess and mother of the legendary Achilles: 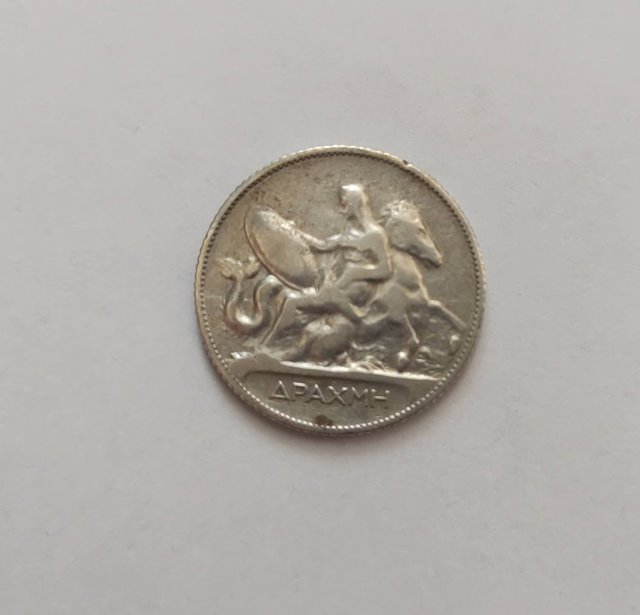 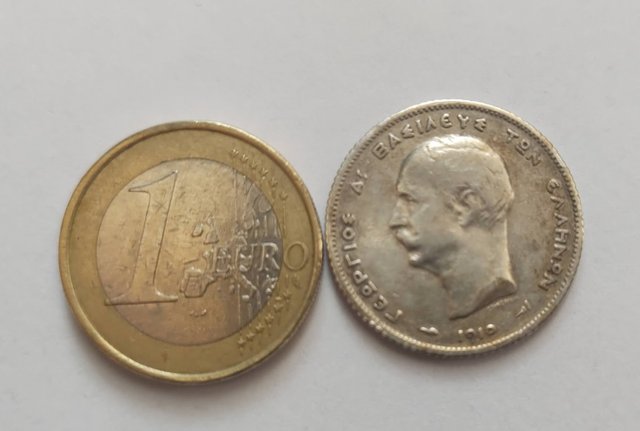 Definitely among my favorite old Greek silver coins, and budget friendly compared to other old greek pieces. I will surely get more in my hands when the first good opportunity arises!

The back is interesting!
Is it Thetis on a horse riding backwards?

Yes, I google it... It's supposed to be a hippocampus!

That figures! She a sea nymph.

i am a pussy

did you ever look into Scottsdale Silver? they produce some really cool and well respected coins. I had a bunch and sold them all off in the last Silver Bull run

Those Greeks and their original phrases for coins.

Stacking your local silver coins is a wise move. They are easily recognizable and will be easy to sell or barter with. 👍

Yes and their collective value keeps rising by the year!

The reverse reminds me of the gold Sovereign, but in silver!

Hmmmmmm... I don't see the resemblance!

fun hobby, silver coins are a great investment as well

They are fun to play with too!

There's a little Island here on the BC West Coast of Canada called Thetis Island. A beautiful place with with a small residential and rural community and a Theological college. I Wondered who Thetis was.

She is an ex of mine please don't ask

Queens have never been a big thing here in Greece! Patriarchy :D

There is something about Greek mythology that I love.

I don't know what to say about the coin compared to your other coins.

For now, I think the kookabura is the coolest