I have showed off plenty of my silver pieces in my recent posts, but as some have noted I haven't showed off any golden goodies! 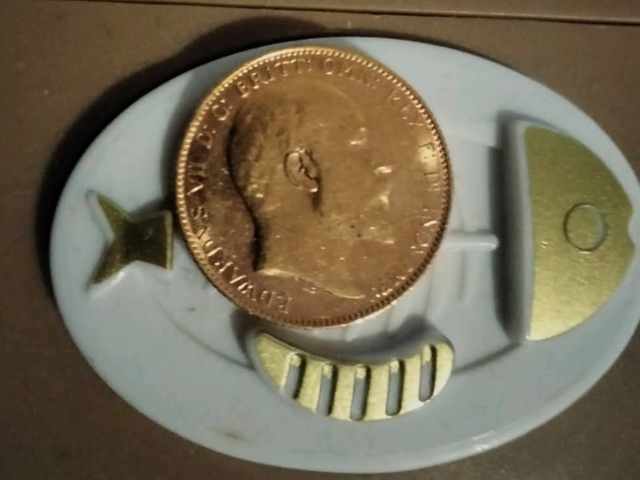 The front sides reads "EDWARDVS VII D:G: BRITT: OMN: REX F:D: IND: IMP:" which according to numista translates to "Edward the Seventh by the Grace of God King of all the Britains Defender of the Faith Emperor of India" 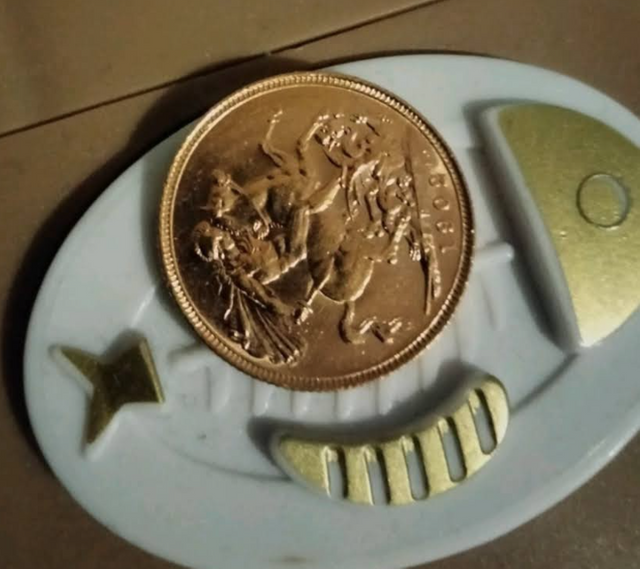 On the backside, a familiar image for most christians, St. George slaying the dragon. Take that bitch!

Anyways, it's funny how this tiny baby barely waits 8 g, yet in today's crazy times it's worth about 400 bucks!

Like most of the gold in my possession, this is a family piece I inherited and I don't plan to sell anytime soon unless shit really hits the fan!

finally, you're showing us the good stuff

Wow this gold is also beautiful and looking nice.

How's he the Defender Of England and the emperor of India at the same time?
Looks rather sweet, gold is unique

Now you are showing the real thing!

This is a beauty and your kid will be thankful to inherit it.

I'll blow it on hookers before I die from old age

You don't even know what hookers and blow is :)))

IT must be unofficially Sovereigns week, never seen so many different sovereigns in the space of a week.
You got a beauty!

Luckily I have a few more :D

That is a nice piece.

How much does it weigh?

There’s gold in them thar hills….🤣😂

Wow that is really expensive. Do you plan on just giving it away to your children in the future?

i'll get these.. i got plans for this principality and they big!

My wife is still buying gold. 1700 EUR for a small piece of metal. Crazy but maybe in ten years we say it was cheap!

Looks good. When I am boujie enough I will start collecting precious metals (like a leprechaun 🤡)

It actually means rich or uppercase. Heard bad and boujee by migos?

Is an investment,is good to sell when you will have profit.

I like the sovereign. But what's with the fish!!

I see your fascination with coins continues to grow. I have a few myself but nothing like you. Mostly passed on.