Convincing the Anti-Crypto That Crypto Is Worth Using- Pro Tip 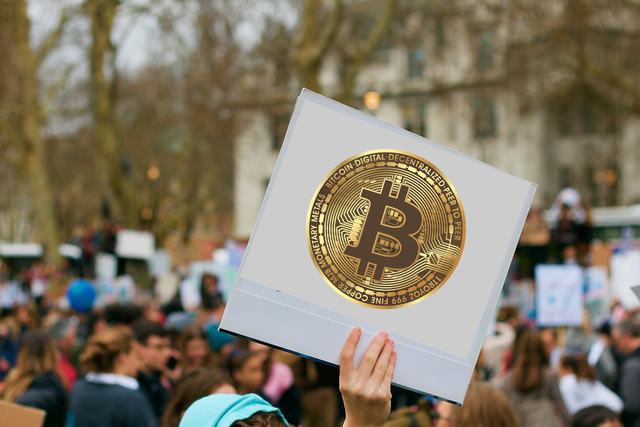 Back in 2017, I had only 1 close friend that was actively engaging in crypto with me. Some of my friends usually throw backlash at me whenever I am trading. The first evidence I had was when I joined the Hive community and I got some massive payouts. Then the bull run in 2017 proved crypto is worth a fortune. However, some of them still do not care about using crypto. Some people have religious beliefs that suggest that the movement (volatility) of crypto is haram. I tried to explain to some of them but they are too deep in it.

Cryptocurrency is consistently growing. There are more adoptions every day which is giving it more popularity. The war between Ukraine and Russia made it even more known. Some years ago, when you gather 20 people and ask them if they know bitcoin or blockchain a few would say yes but now many people are hearing about it in the news but they are not engaging yet.

I got a call last week from one of my anti-crypto friends and he said he would like to learn everything about crypto, including NFT and Metaverse. I smiled, and we fixed classes for it. Recently, a popular telecommunication company in Africa, MTN invested up to $500,000 in Metaverse. All this news are helping to spread the importance of crypto to the world, but how do we tune the mind of the people that are still anti?

With the expansion of cryptocurrency these days, it will soon become the heartbeat for transactions in many nations and which could drive Bitcoin to $200,000 in value, which your anti-crypto friend and family will miss out on.

The question is, how do you convince them to join the crypto jet?

It is really hard to change people’s minds. When people form opinions in their minds, it is hard to change until you use some methods. People study the same course but understand more than each other, which means the rate at which we absorb information is different. Some people study the tip of a course and form an opinion with it, while others will study deeper to have a broader knowledge before forming an opinion.

Some people form an opinion based on the influence of people in their life.

Because Elon Musk supports cryptocurrency, many people believe in crypto and it isn’t based on what they think again. They simply followed Elon because of the respect they have for him.

However, no matter what drives their opinions, it will be hard or they will be hesitant to move from their position to yours. If you attack them on the surface or try to persuade them, it will not work. There are smart ways to make this happen.

Your first step is to introduce cryptocurrency as simply as possible. You shouldn’t use ambiguous words just to sound intelligent. The aim is for the person to understand what they do not. Also, it will be hard for someone who doesn’t have a deep knowledge of cryptocurrency to explain it, so you have to ensure you are well informed. I tried as much as possible to explain blockchain with one word- The Bank and cryptocurrency as- The Money.

You could get nice educational videos of how cryptos work to support your explanation.

Show them the advantages

You are not trying to force someone to adopt crypto; you are feeding them with information to enable them to see the light around cryptocurrency. Explain the decentralization, immunity, international potentials, privacy, transparency, diversification, and freedom.

Show them the reality and live transactions. If you have enough, you can gift them some cryptos, and walk them to buy if they finally want to try it out.

A millionaire was with me recently. I tutor his son in programming, and I had the chance to speak with him for some minutes. I took the conversation towards bitcoin and he said he invested some money in bitcoin last year through one of his staff, but he doesn’t like the volatility. I immediately drive away the volatility from his mind. I gave him the benefits of using cryptos and why he should invest time in the knowledge. He was pretty happy after the conversation as he got to realize the benefits more than just the money side.

Honestly, I stopped trying a long time ago. If someone wants to discuss crypto I will happily share info, but I've got no time for doubters.

I trust the government will do a much better job convincing them at some point, by freezing their accounts or placing some sort of ridiculous restrictions.

Hey bro! I still preach crypto a lot. I am planning to host crypto briefings across the capital city of Nigeria. Some people still have misconceptions about the blockchain thing.

That's great, spread the word! Best of luck with your projects.