One year ago, on Sept. 7, 2022 exactly; El Salvador became the first country in the world to adopt Bitcoin as legal tender. 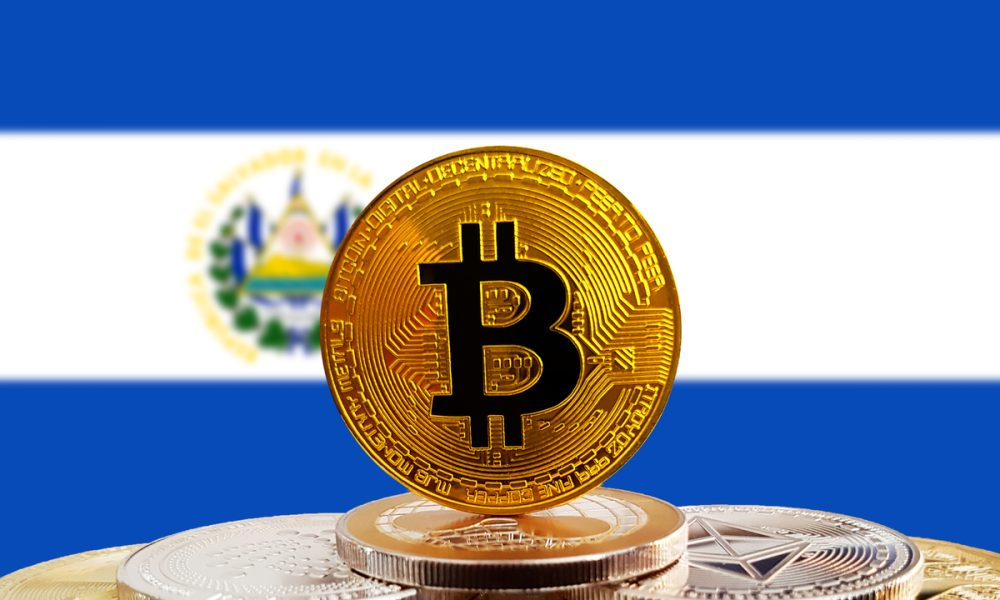 I still remember how amazing it felt for all of us Crypto users. The first country to openly make it easy and possible to live with only cryptocurrencies in your wallet! 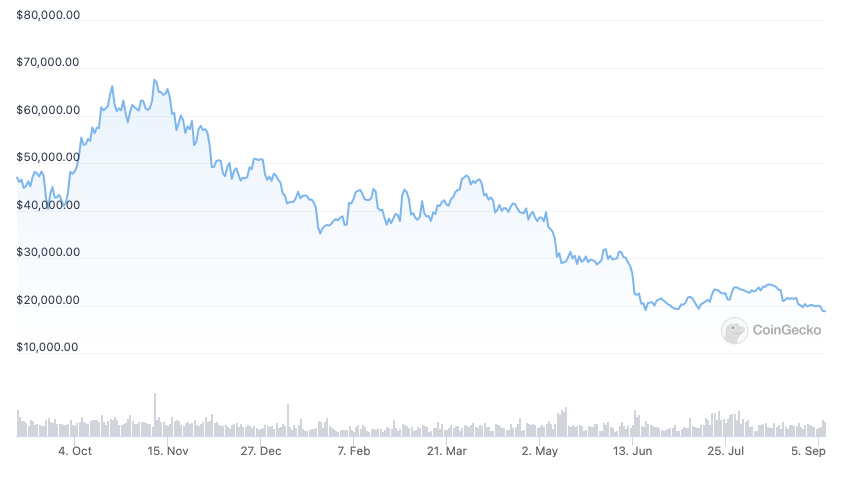 At a local level; in Salvador some argue that the option of paying with Bitcoin forced local banks to lower their rate. I have to say it does not really convinced me, especially as most inhabitants never used their Bitcoins.

There is one positive that I have been able to see on Crypto Twitter:

Tourism in El Salvador has soared in the first half of 2022, surging about 82% as 1.1 million tourists have flocked to the country this year.

2021 numbers were surely very low but I have seen a trend of Crypto users wanting to go to El Salvador to experiment lightning and a "Bitcoin" life. Without this, they probably would have never gone there. 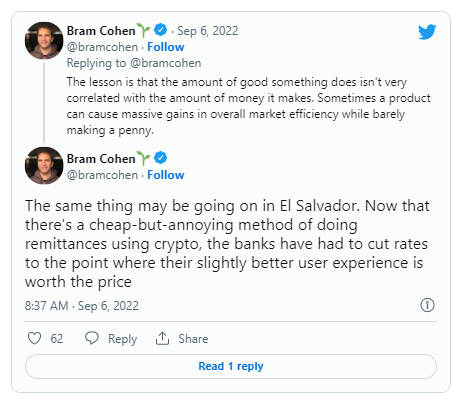 Cointelegraph tried to sum-up everything that happened during the past year. And you? Do you think it was a failure or a success?

In any case, Happy birthday to Bitcoin and El Salvador.

Tourism in El Salvador has soared in the first half of 2022, surging about 82% as 1.1 million tourists have flocked to the country this year.

Low base but trending the right way isn’t it!

Well, we might not really acsertain for now. Lets give in more time.

It is indeed very early for any conclusion but still we can see what has been achieved and hope more will come.

Don't forget the other big win - the cost of remittances. The World Bank quotes 24.09% of El Salvador's GDP in 2020 was in the form of remittances from ex-pat workers. It's significantly cheaper to send remittances by Bitcoin compared to traditional money transfer companies.

If all of the remittances were to be sent by Bitcoin, it is estimated Western Union would lose $400m a year, although so far only a small (but growing) percentage of them are sent that way. But that's potentially $400m a year that could be put into the economy, and straight into the hands of hard-working families rather than corporations or a central bank.

Such a great take! I truly hate cash remittances businesses… More like racket to me.
Do we have any idea of the volume of such transfers done in Bitcoin from abroad to El Salvador?

Up-to-date figures are hard to come by, but the Central Bank of El Salvador gave a figure for September 21 to April 22 of $96.3 million. Still a small percentage of the $5 billion plus annual remittances, but it's a good start.

Thanks for the news. I am glad that tourism is looking up. I had no idea this country was the land of volcanoes! Hopefully one day they harness this geothermal power to provide free electricity to its citizens like Iceland.