🐯LeoFinance might have just kickstarted the next $LEO $CUB pump ! 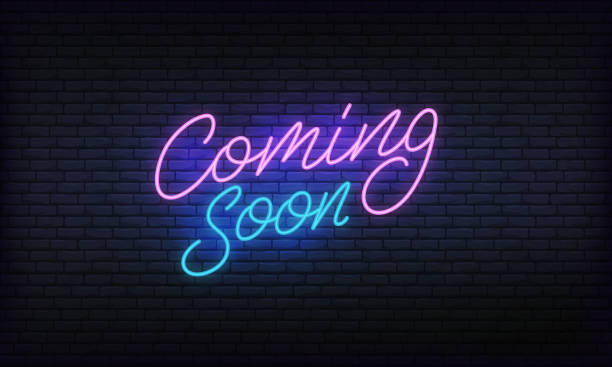 It is as easy as that. The following tweets says it all; you better be ready for what's coming because IT IS FUCKING COMING ! 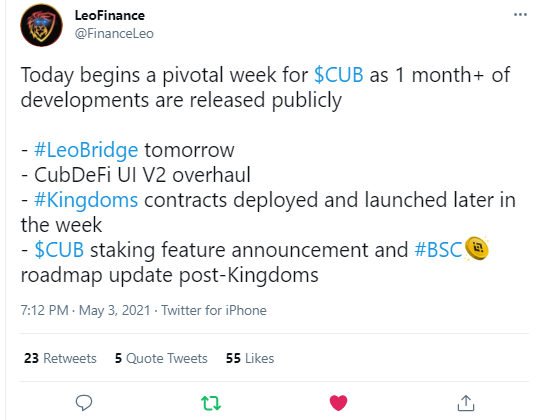 EDIT: I missed that 2nd tweet ! Leofinance is going to do a press campaign + Brave Browser campaign!

This is going to bring so much new users ! I am EXCITED ! Are you?

We have been waited for some weeks knowing that the team was working hard on different topics such as Leobridge, Kingdoms, new Leofinance UI...

And now, I think we just got the soonest of soonest "soon" !

So I am guessing this week is going to kickstart deployment of the next leg of the Leofinance ecosystem Bull Run !

LeoFinance is back and roaring !

I have been ready and unstaked my BUSD-CUB LP and put all of these juicy $CUB into the $CUB den despite the lowest API as I am expecting a big jump in the $CUB price.

It is crazy to think that $CUB is barely more than a month old and so much new stuff is already incoming !

TVL is still <$20mn but this should be fixed soon with all these new features incoming. Next goal: $100mn !

Now that I am ready for it, I am going to watch a new episode of the SciFi TV Show "The Expanse" on Prime.

Anyone is also watching it?