Today, El Salvador implements Bitcoin as legal tender. Could it blow up in our face?

Today I am going to write about THE big even of the day which is the actual implementation of Bitcoin as a legal tender in El Salvador. First of all, Nayib Bukele is the main driver behind this Bitcoin adoption.

But who is he? 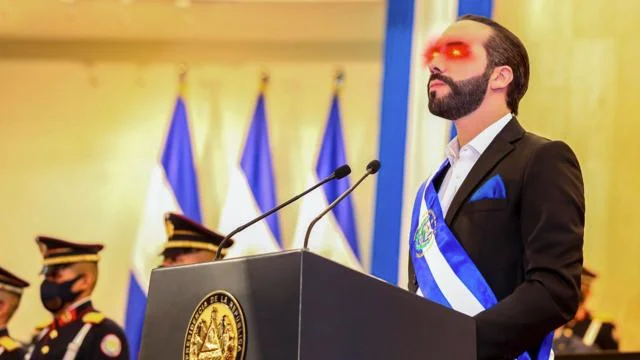 Nayib Armando Bukele Ortez (Spanish pronunciation: [naˈɟʝiβ buˈkele]; born 24 July 1981) is a Salvadoran politician and businessman who is the 43rd and current president of El Salvador. He has served since 1 June 2019 after winning the 2019 election. He ran as the candidate of the center-right Grand Alliance for National Unity (GANA)

Basically he is a new politician, first one to become president while not being from the 2 main political parties since 1984.

Sounds good right? Someone out of the system or at least kind of an outsider. It reminds me of Macron who won the election in France and created a brand new party. But in the end, at least in France, we saw the same habits as we the old guard. I guess it is quite hard to change the system.

But he has been more controversial over the past months.

Well, surely it does not sound like a person the Bitcoin maximalists would like to be associated with.

This action, his handling of endemic violence in El Salvador, and his strict response to the COVID-19 pandemic have led some academics to describe him as an autocrat or an authoritarian

And he failed to stop violence and his handling of COVID might have been mediocre. Honestly, I do not think a single country did the right things; either too strict or not enough.

I have then seen videos or articles about protests against Nayib Bukele popping out the past few weeks.

So I checked out different polls and sources that could be measurable.

Let's be clear, articles and news stating people are NOT happy with him are BULLSHIT.

Articles and polls from LATAM or even Western sources show that he is VERY popular.

More than 8 out of 10 El Salvadorian approve him, 2 years after his election. Who does better!?

Source with all the polls

In the beggining, I had quite a negative view of Nayib Bukele browsing through Crypto News but diving in and reading a lot about him and his implementation of this bill and other projects, I kind of like him now !

What do you think? Historical date for Bitcoin History?

Will US government kill him as he is the first to allow a switch from USD to BTC and might encourage others to follow?

As with most 'Good' news in crypto, there will probably be a sell off. I do think this is great in the grand scheme of things because more countries will follow suit.

Sell the news I guess ! But as you say in the grand scheme of things, this is the first domino falling that will make the other ones follow ;) !

Saddam did not fare well when he tried to change the USD on oil... we need to wait and see what rolls out of all of this.

That is the least we can say... The "civil war" in Syria also started after Bachar chose the Iranian pipeline instead of the Saudi... Weird xD

Well I wonder if the flash crash was also due to manipulation. Then again I think I saw a few articles blaming El Salvador for the price drops but I don't think a 20% drop is anything surprising in crypto.

Some fake Chinese FUD, a bit of sell the news and A LOT of manipulation. Nevertheless, cryptocurrency volumes have beem low lately, which is not good.