I actually think that is good news as when it corrects it will likely be an easier retracing.

How About That Alt Season?

Don't despair if you heavy in ALTs, Bitcoin is starting to receive some media hype and while I don't think institutions are going to go heave into Alts, I think when BTC hits it's previous high and the media starts talking about it. People will want to get in, but after all the growth they will look to the alts for faster gains.

The first round of ALT season I'm thinking ETH, LTC and LINK will do well, others also, but these projects have name recognition, active communities and in ETHs case are actually functioning working. This is not investment advice as I don't think those are the best projects, I just think the are well positioned in a bull market. After they start to move that is when HIVE and some other smaller projects will see a level of action it hasn't seen before!

Get ready for more Bull Market. 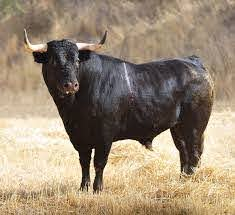 Personally I don't day trade often, but I do move things around when I see a project getting a lot of attention or making a significant move.

How are you playing the crypto-markets in 20202?