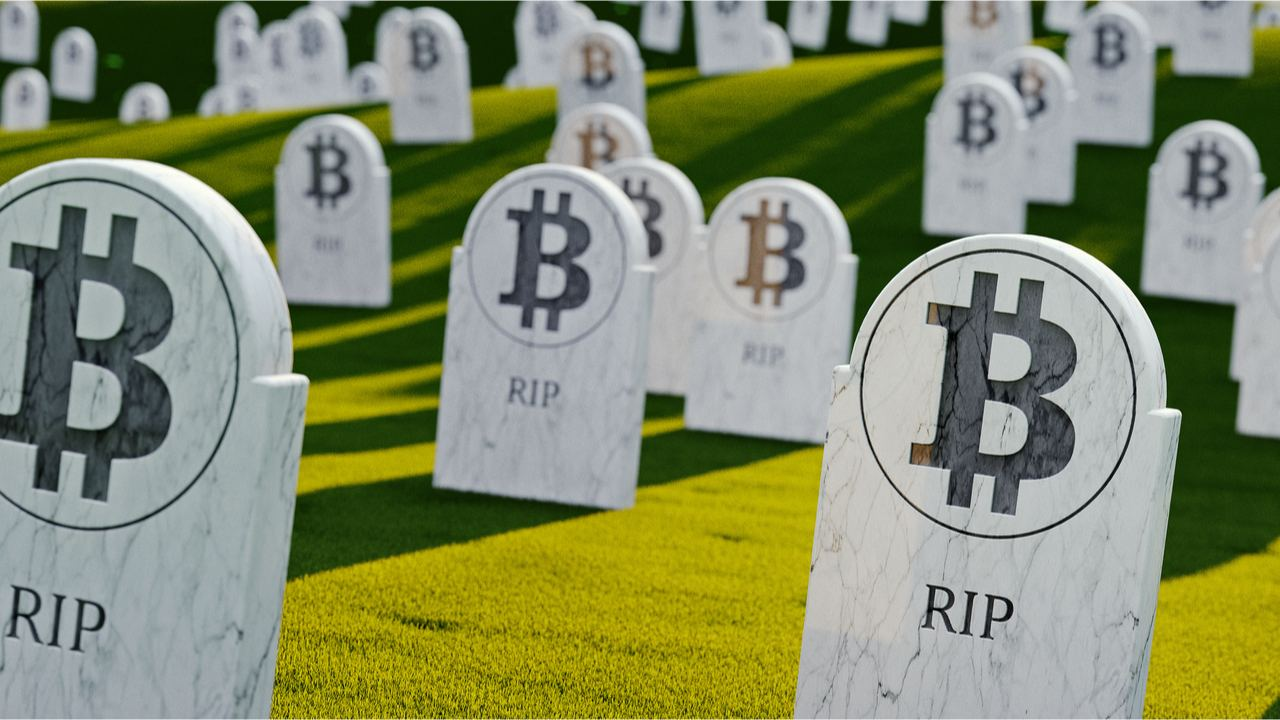 Have you heard the news? Bitcoin is dead again! I love the fact that some are buying into the narrative yet again. I've only been really active in the crypto space since 2016, but during that time Bitcoin has died several times and many times before. In fact there is a guy who tracks the death of Bitcoin on a chart! Which is entertaining, along with links to the well thought-out explanations of each of it's deaths. You can find it here:
Bitcoin Deaths 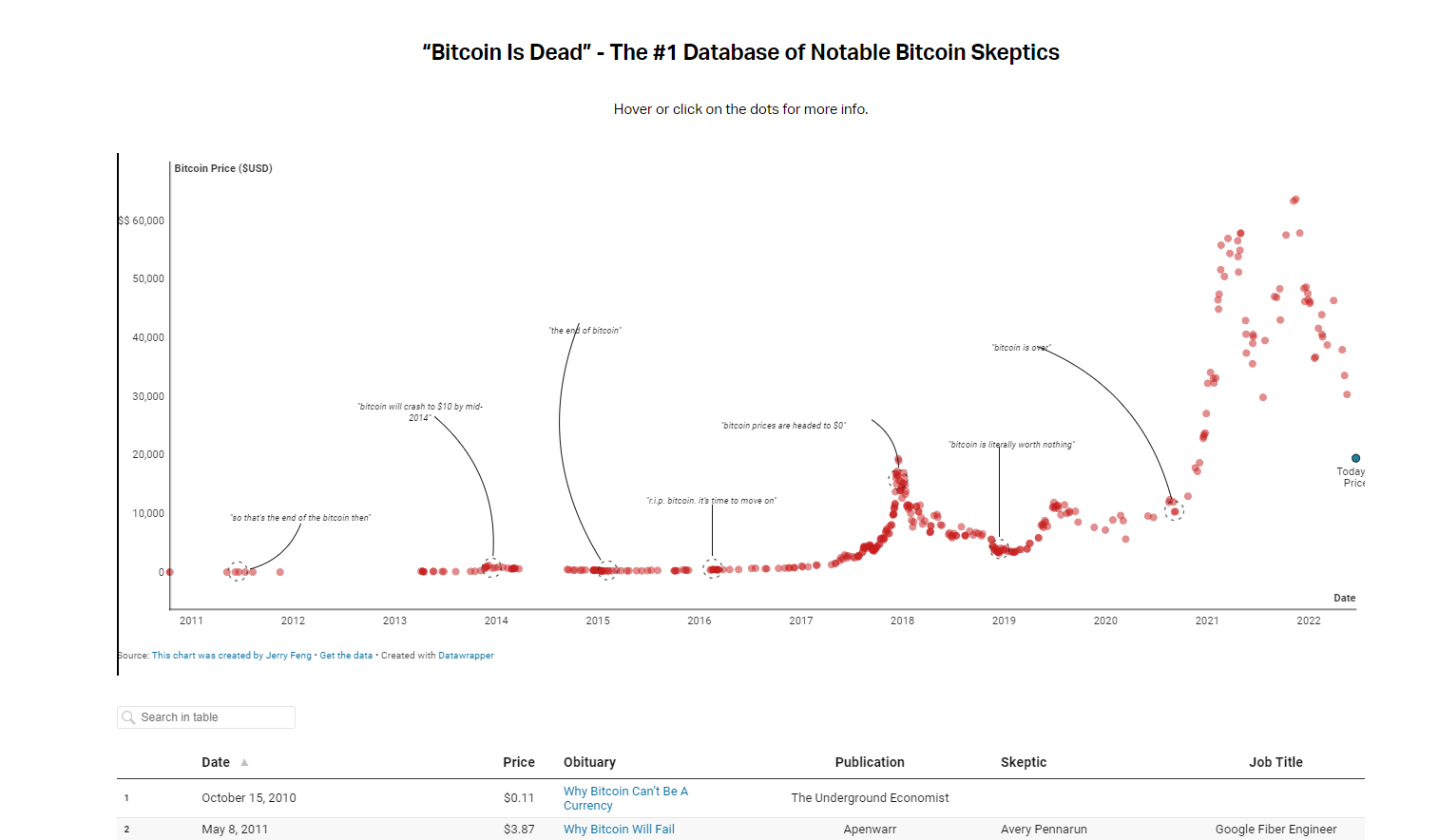 Each red dot on the chart links to a corresponding Bitcoin is Dead article, which is actually a pretty cool chunk of history if you want to go look at it, goes over some interesting and history Bitcoin moments. 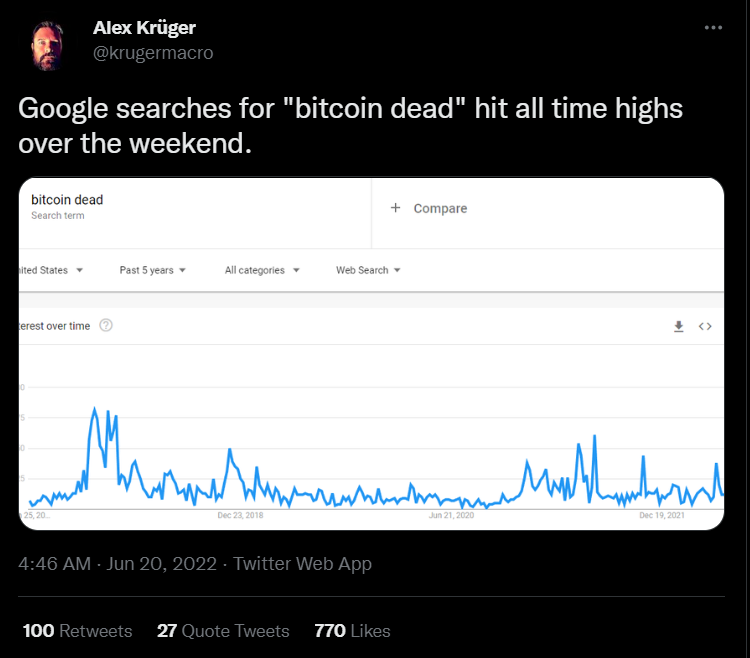 Over the weekend Google Searches for "Bitcoin Dead" hit all time highs, and there are several articles about it.
https://cointelegraph.com/news/bitcoin-dead-google-searches-hit-new-all-time-high?fbclid=IwAR3XxUPRWp9MG1ghjnaSlDGAqTr3Yq433W6GskbynkkjNe7bon64zOQNmaA

Never to get left out of a negative Bitcoin conversation one obituary statement was written by economist Peter Schiff on Twitter. Schiff has always thought bitcoin is worthless and he has said multiple times that BTC’s price is headed to zero. Schiff’s recent bitcoin obituary called “Bitcoin Will Not Recover,” says the current crypto crash is just the beginning. Schiff’s obituary statement says:

And while this crash has been quick and harsh there is no doubt in my mind we recover again as it always does, although perhaps a bit more slowly during a Global economic cool down.

While the media and Bitcoin haters focus on the price action and FUD we continue to see adoption.

There are more Bitcoin wallets than ever, more nations approving Bitcoin as a valid exchange for value, and Wallstreet continues to try to find ways to capitalize on the crypto craze.

While it is true that Bitcoin and other crypto projects have seen a discouraging drop in price, Bitcoin is no where near dead. Let the FUD flow and continue your plans to stack Bitcoin and other quality projects. Move against the tides, while others are getting out or frightened get in.

Stay involved in Hive and LeoFinance as a support group, so you do not get overwhelmed by the negativity and hang on. If we are still in the four year cycle we are already more than 6 months into it and never has a bear season been all down. I expect some recovery from here although I am not saying we don't reach further lows, we could.. I just know innovation and adoption are still coming and crashing fiat systems could help fuel that, so don't wait for the absolute bottom, because this can turn around as quickly as it dropped.

Bitcoin is not ded.

Fair Price of Bitcoin
When The Market Dumps Get Busy
@whatsup

I don't know how many times I've heard bitcoin was dead since I first got some in 2014. It worried me the first few times but now the pressure is on me to accumulate. I honestly feel safer in hive but I need more btc.

I imagine the 2014 crash was pretty scary and seemed like the end. For whatever reason that seems like the scariest one with the shut down of exchanges, silkroad and people like Charlie Sherm going to jail.

The Bitcoin Dead of a thing is just another name for crypto situation 🙄 we are getting used to it and we won't be discouraged we keep buying the Dip,
Thanks so much for this infortmative write up @whatsup

The bear seasons are not all down.

You are very correct friend @whatsup

Yeah, it's pretty close I think. 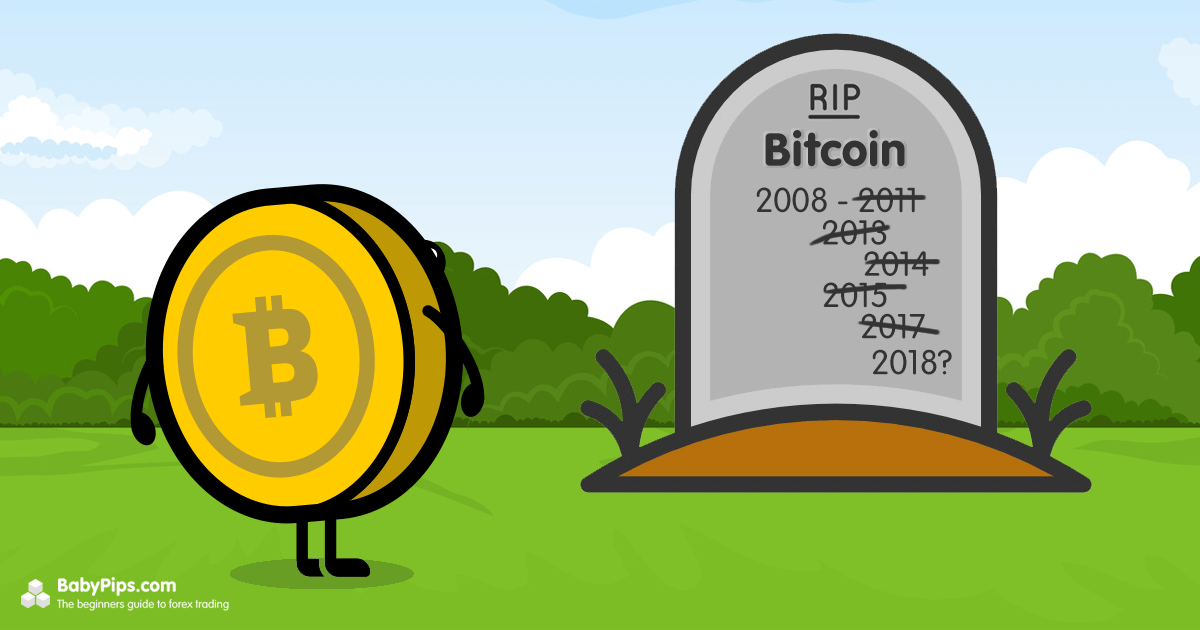 Hey @bluerobo, here is a little bit of BEER from @isnochys for you. Enjoy it!

Did you know that you can use BEER at dCity game to **buy dCity NFT cards** to rule the world.

Oh, it's that time again. Time to accumulate.

Run for the hills!

How will the hills help? (I'm already running, but can you tell me why?)

Because people like things when they go up. Hills are up.

Such an amazing answer.

Just let the poor thing die in peace without continuously resurrecting it over and over 😢.

It's a lot of wishful thinking on the part of those who's financial ties are mostly in Fiat.

It's not a bad time to buy!

Like sports. You will need a bit of training or a good stomach so you can handle the ups and downs without puking.

Haha, I love this and I haven't puked yet.

In Turkish sports media, those who write according to match results are called "score writers" instead of "sports writers". There is a similar trend in the crypto media. As the prices regressed, lower levels began to be pronounced. This situation is probably due to the fact that the predictions about extreme situations attract more attention. Those who claimed that prices will go to the moon last fall are now busy producing disaster scenarios.

I hadn't thought of it like this before, but you are right. Saying outrageous things is often a form of getting attention. 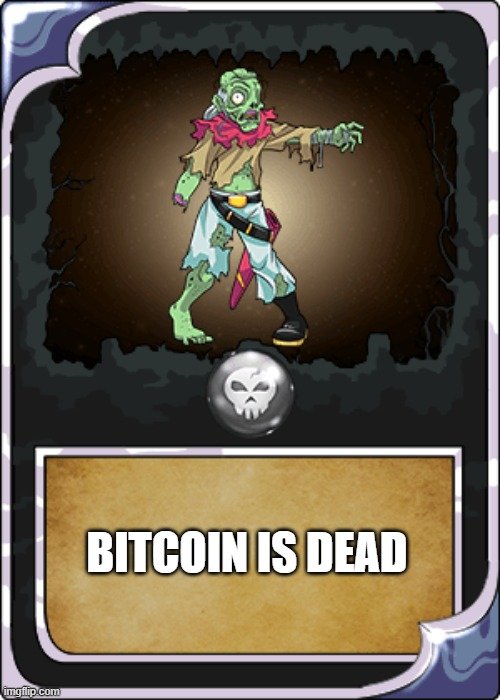 2016 is a long time gerebd definitely, this "dead" narrative would never sto as it would always hit a new level. I'm glad to see more accounts have over 1btc in the bag, 13k is a big deal. That actually tells that crypto holders and enthusiast have grown pass this redundant claims of the ignorant.

Nations continue to adopt and legalize, wallets are growing and the there isn't a lot of bitcoin in exchanges, we are seeing and leverage dump, and an emotional reaction.

Damn and I just got rid of my mourning clothes. Time to buy more I suppose....btc that is!

Put the black clothes away.. It's not dead yet.

Congratulations @whatsup! You have completed the following achievement on the Hive blockchain and have been rewarded with new badge(s):

You're welcome @whatsup! Have a nice day and a nice weekend 😊👍

It's how some "financial experts" want to bitcoin to fail but it keeps growing. This time is no different. Back to the moon we go

The "experts" are experts in fiat and highly invested in fiat as well.

Yeah, they're trying to preserve fiat by discouraging crypto

I'm so happy bitcoin is dead now. It means that we can once again start an uptrend in crypto. Oh the masses are so dumb...

Everyone forgets that bear season isn't all down anymore than bullseason is all up. It's a bumpy ride and that's part of the point.

True. All the metrics have changed, but we keep on expecting past old patterns to repeat in such an accurate mode.

All the media attention just attracts more people into crypto.

Those who live under the rock may finally ask what is Bitcoin?

I'll be honest when people around me start saying see I told you it was all a scam that's why I buy in even heavier!

Just as people get over hyped for the Bull Market they also get overly frightened of the Bear Market.

It's the same usual thing and we all know BTC isn't really dead. The media pundits really like to spread FUD and I have gotten tired of it after a few times in the news.

The media is mostly owned and controlled by Blackrock and Vanguard who have huge stakes in fiat investment.

This statement always makes me remember that we are still in early stage of btc and we should keep buying. 1btc in a wallet always feels good

The goal to have at least 1 bitcoin is a good one, and will pay off for many.

Bitcoin is still waking up as we have seen nothing yet and so many are writing it off as they just don't get it yet.

You can lead a horse to water, but you can't make it drink.

A wonderful article! Get your piece of the future at fire sale prices. Just hoping that Mr. Saylor is not too over leveraged.

Haha, I like Saylor, he takes a lot of shit and looks massively depressed, but I think he'll do okay.

Bitcoin never dies, we will have a lot of fun in the next bull run.

I'll have fun in the bear season too, life isn't an all up game. Enjoy the journey

Have you heard the news? Bitcoin is dead again! I love the fact that some are buying into the narrative yet again.

The big FUD has to be generated somewhere, probably by those who plan to buy the dip caused from the FUD. Just a guess.

I think of that too, how easily manipulable the markets are by "news".

The "BTC is Dead" articles chart is very interesting :) But yes, BTC is not dead, it's pretty much alive and making the bears and bulls fight for it, lol!

It's important to remember there are very powerful and wealthy people who have every motive to protect their fiat investments.

That is right. They will do everything they can to protect their own interests.

I think these news are meant to discourage people from using bitcoin and cryptocurrencies, and as the vast majority of ignorant people consume these news and believe them blindly without researching, fear takes over everywhere. but the evidence shows that bitcoin is more alive than ever and still has a long way to go.

Funny how people react to these sort of news.

There's just so many experts saying this or that. I've not been in the crypto space for long so I don't have a lot of information.

But going by previous narratives, I've literally zoned out any negative posts on the current dip. with the growing adoption of cryptocurrencies I know we'll be back to the moon again.

Yep, have to tune out the noise and just settle in and relax into the cycles. You're in good company here.