Binance.US and eToro sets to delist XRP🔻🔻(what a set back for the the XRP coin💔💔) 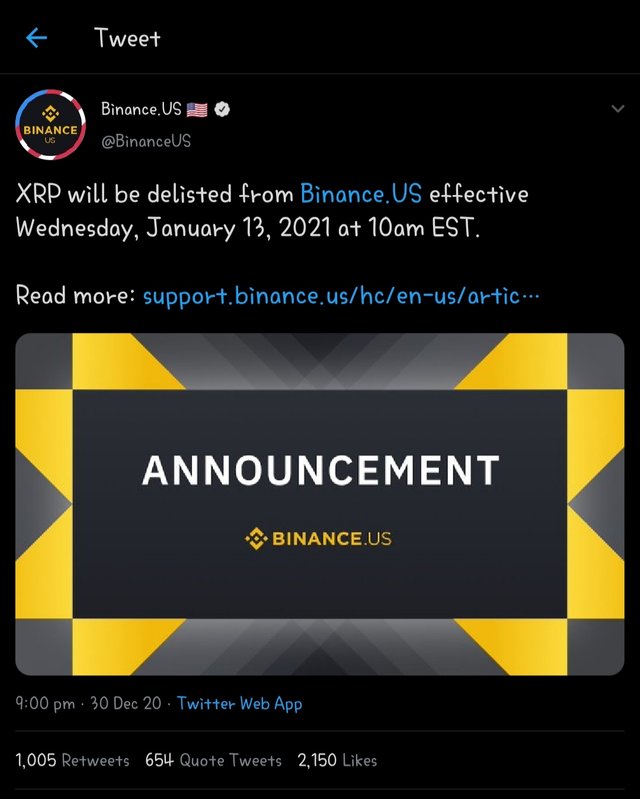 It's no more news that XRP os passing through difficult times as they have been sued by SEC. This has affected the price of ripple greatly and has it made it to dump badly by over 60%.

So many investors have decided to pull out their investments, some suffering major losses while others are suffered little or no loss.

The Binance.US have not been left out of this major dump of XRP. According to a tweet from their official Twitter handle, they have decided to delist XRP on the 13th of January, at 10a.m EST.

eToro, another trading platform, announced recently that customers won't be able to trade the XRP on their platform with effect on 3rd of January, 2021.

This is really going to be a major set back for XRP, although they are doing all they can to fight back, but will they succeed in winning this case against SEC come February 2021.

Ripple urges investors not to accept the commission's stance on this matter.