Too bad he doesn't know about HIVE, yet !

Check out this Tucker Carlson segment from last night. He discusses the use of Bitcoin to fund the Canadian Trucker Demonstration as well as the need for alternatives to Centralized Platforms that can be shut down and controlled by Governments. @theycallmedan & @taskmaster4450 / @taskmaster4450le would be great guests on this show to further explain HIVE & 3Speak. Why not approach the show to be guests?

Imagine if the Truckers had a Community on HIVE! They would not have to worry about being censored like they were on Facebook and would easily be able to be tipped through the HIVE Wallet and could even make money for free by posting about their cause by receiving votes!

Some timestamps to flip to for the main talking points if you don't want to watch the entire video:

2:20 "anyone sending money to the convoy should be in no doubt. You are funding sedition. Foreign funders of an insurrection interfered in our domestic affairs from the start"

I think Tucker Carlson would love to know about and cover HIVE & 3Speak. Instead of these proposals to fund advertising on Social Media why not fund some representatives of HIVE to go on News shows and discuss HIVE as the existing solution to Censorship. This would be the best advertising you could get.

A press package should be put together and sent to all Major News Media Outlets. @lordbutterfly might be a great person to organize this since he has existing funding in play. Just an idea...

Ill think about this.

great, also is there an existing "Media Kit" or some sort of elevator speech / tutorial thats brief and to the point with the basics explained along with a tutorial to share to get more sign ups? I have some connections to some Youtubers with some big followings but really do not know where to start. Would be great to have something or somewhere to direct them to that would really demonstrate what HIVE is without being confusing and too much to read through.

I am also curious as to how someone creates a front end like Proof of Brain, Neoxian, CTP etc. Seems like theres a turnkey way to create these to plug into HIVE

If you have connections that will help a lot.
We have Hive.io that does that job, i made a redisign of it but it wasnt accepted by the devs and witnesses.

Im meeting with a graphics design team tomorrow and ill explore the costs.
Doing maybe a physical kit as well with a brochure, usb stick, some business cards and a free account. SOmething like this but smaller and less extravagant. 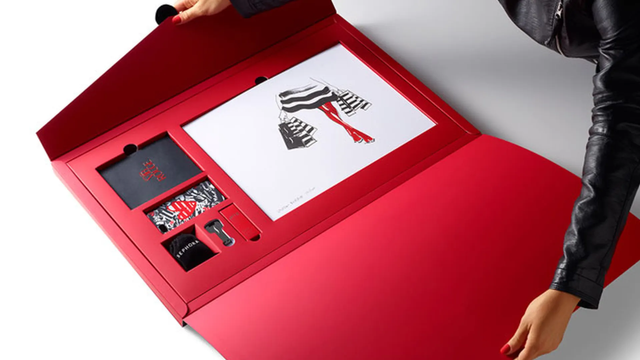 Ill see if its viable doing.
We do have some materials but theyre really scattered. If anything, ill work on redoing them into something presentable and easy to share.

Hive.io looks great, never knew that was there! If you could point me to a few video tutorials that are quick and to the point in regards to explaining HIVE and how to sign up, I think I can get some influencers interested. I believe they would be interested in creating their own front end, so any info on how to create a Front End for a new Community would be very usefull, thanks

Theres probably articles, but nothing comes to mind.

I agree plus he would receive more engagement on Hive than any other form of social media.