Am I powering down my HP ? 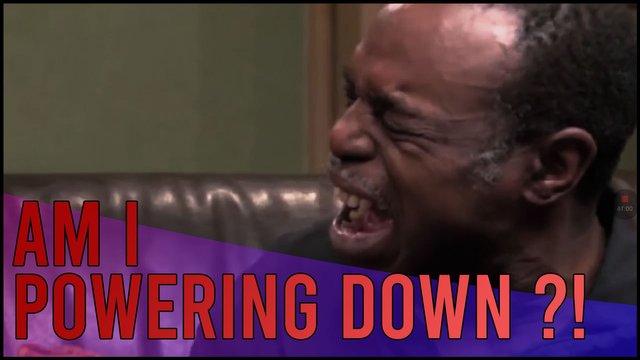 I wanted to make a post about the movie "The cat in the Hat".

I turned on the TV and Netflix, Chose that cursed movie and started to suffer. At a moment I wanted write down few notes. I took my laptop on my knees and started to write.

During that really short move, my external Hard drive disk fell. From a height of around 50cm and hit the carpet on the ground. The impact was so small I did not even tried to figure out if the disk was ok or not because for me it was totally fine.

Until I wanted to pick a picture on it to send to a friend. I plugged it to my computer, and my day became a nightmare.

There is no way to get back what's on my disk. I tried everything I know to get back the files but the problem is my computer does not even recognize the disk.

It recognize it but in the options is shows a 0 byte size...

When I plug it make strange noises and stops after around 1 minute. When the annoying noise stops something changes in my parameters.

I came from just nothing to "unknown". 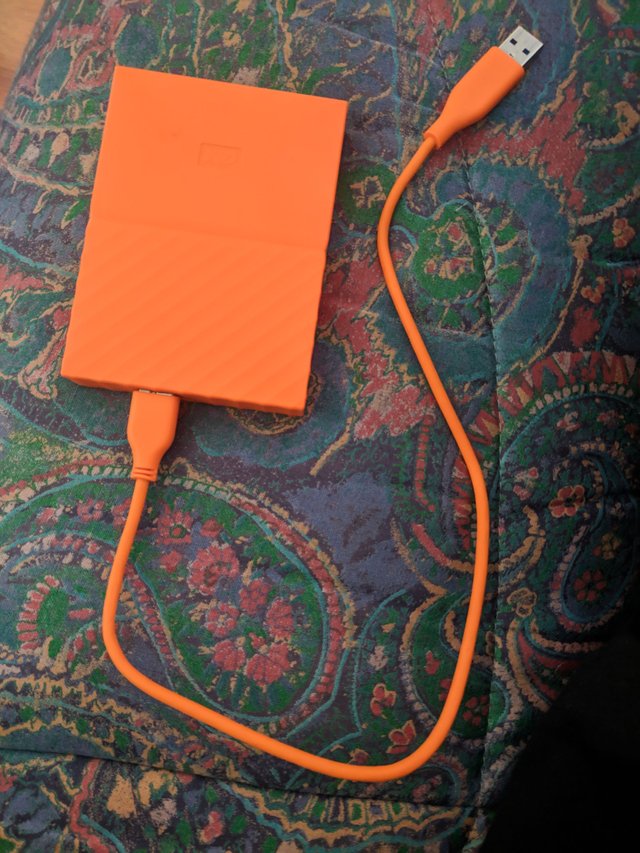 This is how my external disk looks. It has really no problem on its outside and I already opened it and I see nothing. I don't have the knowledge or the tools to open it deeper to know where the problem is.

What is the biggest problem ? I had important files on it. Some work. I do editing and special effects and there was files I worked on it for tens or even hundreds of hours. And if everything is lost, I'll need to restart everything...

And I don't have any disk for now. So I need to buy another. That's why I may powerdown some HIVE... And I hope I'll don't need to do. 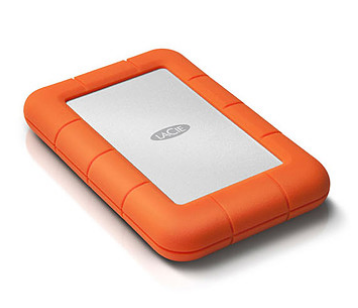 They are once again 4TB. And this time I have 2 to copy everything each time I have new files important that I could not lost. They have that orange thing that is basically just rubber, that makes it chockproof. Because I don't want to loose anything when I just move with my computer anymore

This one has USB-C plugs and that will fore sure be better because the one I was using was pretty slow and caused few problems on my computer, making it to be slow too.

That cost me something around $400 and as I don't have enough money right now, I've choose a payment in three times. So that'll be around $130 per month. Every depends id I'll find enough work in the next months and if I can recover my lost files. If I don't have enough work and can't get back my files, I'll have to power down and I'm sure you totally understand I DON'T want to do it at all !

Now I know I'll choose to spend more money to be able to have backups and don't loose anything. I rather have to pay $400 and be able to work instead of 200 and loose my files each time I work.

To be precise, on my disk there was several projects on it. Some are not really problematic because that's not totally lost because I don't have a lot of things to do again, but I also spend like 150 hours on a project and I don't have any other save of it.

Here's the money I lost because of the projects I lost :

Now I'm going to cry and wait for my new disks to be delivered.

I hope you'll see the review of "The cat in the Hat" in few days.

You can join me on :
Noise.cash
The microbloging platform and get rewarded with BCH

On :
read.cash
Rewarding your posts with tips in BCH too.

Also on :
Publish0x
That rewards both readers and authors with ETH and ERC-20 tokens

Thank you @ykretz, for using the CO2 Compensation Coin (COCO / SWAP.COCO) on Steem-Engine or on Hive-Engine to reduce your CO2 footprint. You want to join? Buy some COCO / SWAP.COCO and transfer them to CO2Fund's account @co2fund.

My guess is the platters were physically damaged in the fall. Pray I am wrong because that's a really bad situation for data recovery. Hopefully no stray dirt or dust got in while it was open. Yeah, it's probably going to cost quite a bit with no guarantee of a full recovery.

One of those backups should be in a different location. Maybe with a trusted friend or a bank safe deposit box. If you keep two copies and there's a fire or flood then keeping both copies near each other risks all the backups getting lost or damaged.

I'm most of time working far from my apartment. For exemple I'm working at my girlfriend's apartment for now during 2weeks. That could be the moment to make a backup and left it at my apartment !

I also Think there is not a lot of chances to get my data back.. But who knows

may be some expert in the field helps you.
try to find some local guy and may be they can get the data from e hard disc...

That's what I'm going to do. I'm just waiting to receive my next Disks to be able to save the data. There is 3,4 TB to get so I need to have the disks :')