Getting into business is no piece of cake, it's a tough journey full of unexpected twists and turns. There are months you overwork yourself but it seems that you haven't made the progress you'd like to achieve. Instead of spending more time with friends and family, you choose to spend that time on the business despite the high chance of failure of the business.

However, I'm not here to discourage you from starting a business. Getting into business can be your shot at freedom and getting the life you want. As the title suggests, this post is about some of the best business advices I've picked up along my financial journey. 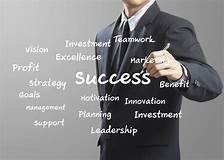 It's Better To Focus On Collaboration Than On Competition

This one is not obvious at first because the competition is real, you can't just behave like there's no competition around! But there's a way to approach it from a collaborative perspective.

Fighting competition can be a very daring enterprise, especially if you're a beginner. I spent nights reading The 48 Laws Of Power thinking about slick maneuvers to outsmart the opponent. How could I hit where it hurts and gain a decisive edge? It was never that simple and I ended up playing a cat and mouse game! Anytime I gain some points in one place, I lost points in another place.

The problem with being competitive is that you create unnecessary costly battles which sometimes can make you lose the war. Being collaborative spares you this battles. It just requires thinking 'outside the box' and some subtlety. The person(s) on the other end is/are not aliens, they're humans just like you. It's not difficult to reach a common ground if you see it from that perspective.

Give It Your All!

"There's no point in doing things halfheartedly, you waste your time and it shows in the results."

This is the sentence I received from a mentor of mine after having shown him a marketing plan I conjured up to triple customers. At that time, I thought it was a smart and brilliant move but looking back at it now, I can see all the flaws in it. It was patched up and not up to standards.

I know giving it your all doesn't mean you'll receive it all but at least the satisfaction that you did your best will be there. Also, anyone who looks at your work will see the genuineness of it. Being genuine is a great quality to have. People often appreciate and resonate with it. That way, you get noticed.

This one is not something new and it’s straightforward. But many people ignore it when the hype comes around. Instead of continued innovation and tackling problems, they smooth talk the crowd and anyone who listens. Right, aren't they on the top? Success can sometimes be the cause of your downfall!

Another crucial part is when you're starting out, you're business foundation should be to solve a problem. It doesn't necessarily have to be a big world problem. It could simply be everyday problems or pressing community problems. An example will be offering bicycle or motorcycle renting services to a populated city's commuters.

Solving problems wouldn't make your business inevitable to failure but it will dramatically decrease the chances. Also, it becomes easier to sell your idea to customers, investors and potential partners. You're making a difference.

Solving problems is the one that stood out the most for me because it's a fundamental business principle. If it doesn't solve a problem, I don't focus on it. I still hover around the line between collaboration and competition. Maybe a business monk will understand it better. For me, It hasn't fully drilled in yet. The problem with giving it your all is that it takes a lot of time but the satisfaction is unmatched. I guess it's worth it.

What's the best business advice you've received and how did it impact you?

Thank you for taking the time to read this, I appreciate your support!