Today I’ve been examining the effect of Chinese New Year on the price of Bitcoin for my article on Boxmining.com— and to be honest the results surprised me a lot. I found that in the past 4 years, the weeks leading up the festival always had a dip in price of Bitcoin. 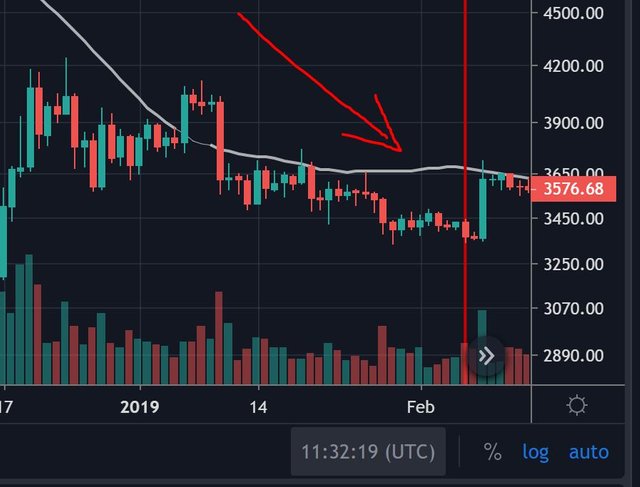 Chinese New Year Bitcoin Price Dip (source: https://boxmining.com/chinese-new-year-bitcoin/)
The greatest drop was in January of 2018, where Bitcoin prices collapsed from $14,000 to $7000 over a 3 week period. I fondly remember redditors screaming “Don’t worry, it’s just Chinese New Year” during this period of time.

2019 Bitcoin price drop
Looking back, it would too simplistic to just blame the crypto crash of 2018 in Chinese New Year. If you look at the table, 2018 was the odd year out — with a 50% price drop whilst other years were between 8%-17%. However, whats clear is that there is always a decrease in the price of Bitcoin prior to Chinese New Year.
Cashing out for the New Year

One of the possible reasons for the dip in Bitcoin prices is that people are “Cashing out” for the holidays. This is especially true in China because during the festival, lucky packets packed with cash are traditionally given out to children and the elderly. These “red packets” are meant to symbolise luck and prosperity, and is the only time giving cash is not taboo in China.
Tradition dictates that married couples should give out red packets to young unmarried children, elderly and service personnel. Company Executives and managers should also give money to their subordinates — with some packets being filled to as much as the employee’s monthly wage.
Due to the huge amount of cash money required, some suspect that this tradition is responsible the increase in Bitcoin Sell orders before Chinese New Year.
Market Makers on Holiday

It is no secret that market makers and trading bots operate in the Cryptocurrency market — in fact they are responsible for a portion of the market volume. Market makers located in China and other Asian countries will shut down operations for 3–5 days due to the public holidays. Even though market making can be automated by trading bots and algorithms, it still requires humans to watch over the daily operation to make sure the is no malfunction.
During Chinese New Year, market making operations will be limited in capacity. This leads to more volatile and less liquid markets.
Article Originally from: https://boxmining.com/chinese-new-year-bitcoin/