It's easy to create faucets...

Before the latest bear market hit crypto world, it was 1-2-3 and a new coin or token appeared. It didn't matter if they didn't have a use case or they didn't even work. They existed. More of the same type were issued or mined. Ok, so, what do you do with them? If nothing else pops up, if you have no reason to keep them, you sell them.

There was the phase of ICO craze too. It didn't matter if many were scams or simple fantasies. Money got trapped in there, and that wasn't good for the reputation of crypto as a whole.

We have and will always have plenty of faucets in crypto land. What we don't as much, is matching sinks.

In the real world, where the fiat still rules, you get the money and can immediately spend it on any number of things, from the life sustaining goods and services to extravagant luxury gadgets.

So yup, we need more sinks in the crypto world!! That goes for STEEM economy as well.

Splinterlands is a raving success on Steem and started to become one across the crypto world because they have a balanced economy, besides a game enough people love. Enough sinks for their faucets.

When I see examples of more sinks in the Steem ecosystem, I'm happy.

Most tribe tokens are the first to be hit by the lack in insufficient sinks for their small economies. Thus driving their token prices down.

Jon Olson and his partner Blain Jones -- creators of CTPTalk.com tribe -- understood that early, but it took some time to release the solution for it.

So, yesterday they finally released their IPN solution for CTP token. It is actually much more than I expected, but I'll get there in a minute.

First of all, what is this IPN solution? It is an interface and a back end solution which allows CTP token to be included on other websites as a means of payment. Jon announced this will be extended for ANY Steem-Engine token.

Soon, ALL Steem-Engine tokens will be able to be used by merchants around the net :)

How is that a sink? Well, that's simple: you either buy or earn CTP tokens via author or curation rewards, then, instead of selling them on the market and driving the CTP price down, you have the alternative option (sink) to buy upgrades on the ClickTrackProfit website. And soon about half a dozen other websites more which will join as initial partners. I'm sure they will add other products or services as well, upgrades were only in the first integration.

That's a sink. That's a reason to divert the selling pressure or even change it into buying pressure.

The payment solution itself looks very simple, and is called Fire-Pay.com. What I like is how easy it seems to add it on your own website, without being a coder of any kind. That's of course step 1. I assume there's a snippet of code or file to go on your server as well, in a later step, but knowing the owners, it's either not complicated for any site owner, or they'll hold your hand every step of the way. 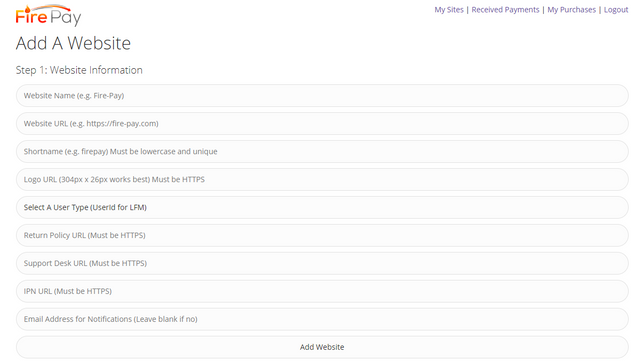 On the merchant site it would look something like this: 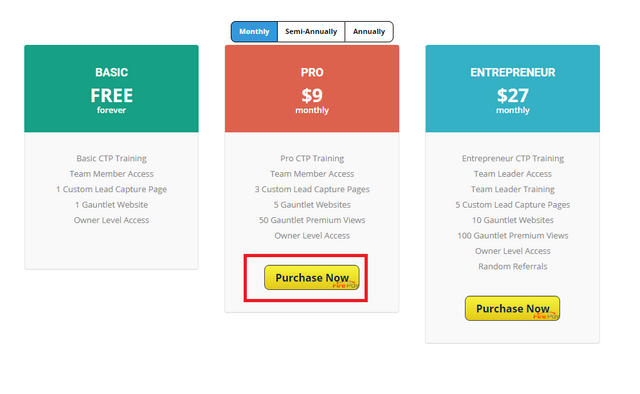 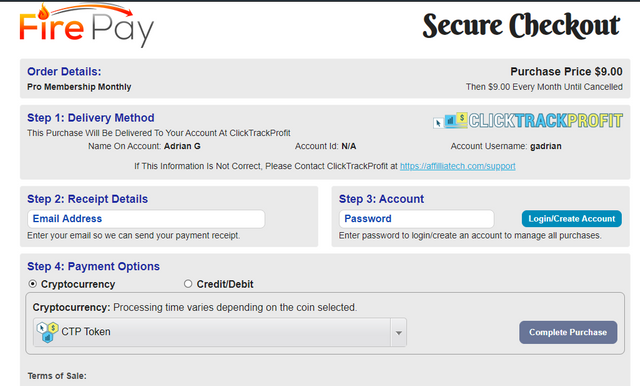 You may want to check out @jongolson's webinar recording as well, where I heard the announcement:
https://steempeak.com/dtube/@jongolson/kgizsqg6ufo