Bitcoin Is Energy and Productivity Squared

As a Bitcoin holder, I often come under criticism for holding something and investing in something that is made out of thin air. It's a common argument for digital money as people do not dive deeper and stick to these baseless claims and not realising their own biases and why they view could be flawed.

If you're a believer in fiat money, I don't get why you're not a believer in digital money. Fiat money is literally made up from thin air through loans and various debt instruments. There is no hard or soft cap on fiat and can be used at the governments will, well perhaps the US, as other countries have limiting factors in that they cannot print their own reserves, they need to borrow it.

Interest rates and inflation is meant to keep this party from spilling over, but so far we've done our best not to keep going.

So how is Bitcoin not better than fiat? It has a hard cap; it's got a steady inflation rate, it has to be manufactured with resources to create, it cannot be duplicated, it cannot be inflated with additional coins, it cannot be confiscated, it's literally fiat 10.0 nevermind 2.0 it's a major upgrade for fiat.

Yes, it's slow as balls and clunky to work with, but so was paper money, remember cheques and having a coin purse? Remember money counters and counterfeit lighting in certain stores. 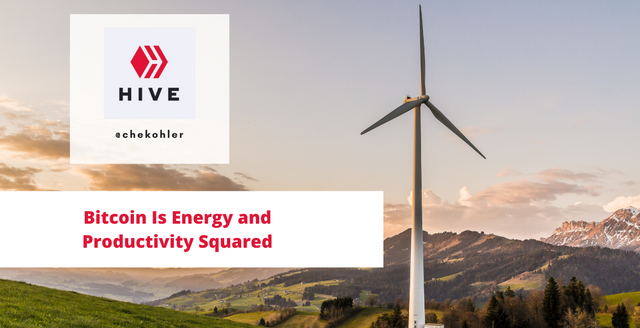 Then we get to the gold and silver bugs, some like coins, some like bullion some also like Bitcoin since all 3 camps believe in sound money. However, some precious metals fanatics cannot understand how Bitcoin mimics gold and takes it to a new level.

There is often this talk of intrinsic value and that the cost to produce provides the value. In gold, you need labour, material, equipment and energy and an entire production chain to pull it out of the ground and turn it into something.

Bitcoin is very similar, and it's taking more energy and better equipment, improving the network but also making it harder to mine BTC. This competition and cost of competition are taking energy and productivity and combining it to mint a token.

This token can then be traded and the world over, that 1 Bitcoin is then split into countless UTX's in the form of Satoshis and creating economic value all over the world.

People are trading it, investing it, collateralised loans, buying goods and services, and the use cases continue to grow. It's launched an entirely new sector off the back of its value growth.

What is tangible and intangible doesn't matter

If you're basing your idea of sound money or productive value on something you can hold in your hand, I get it; it's a simple argument. But in a world where computing power, storage, data and AI are driving huge productivity gains for the world, how can you not see that digital products have 10x the value of physical products.

It's the natural progression, technology is deflationary, and we want to make things cheaper, faster and better.

To me, the effort put into minting a coin and the efforts of holders to get a hold of one to use for various things gives it value. At the moment, we're now taking the next step in money and trying to establish a yield curve. Once Bitcoin does that and reaches a trillion-dollar market cap. We now have a mature asset, that can be leveraged by more people.

We can debate the physical properties, but if its paying people's bills, keeping peoples purchasing power safe, if people are willing to accept it for work and goods, does it matter? All that matters is that we have something we value and are using it to generate productivity for society.

I think these intrinsic value arguments are merely semantics and stem from the fear of change.