What a Difference 10 Years Makes

Regardless of our race, colour, creed, country, religion, and all that other shit people like to use as labels; we are all living in an inflationary monetary policy. Some of us hate it, some of us benefit from it, some us couldn't care what it's all about and want a beer and a slice of pizza. That's fine, to each their own with time and money.

I spoke a while back about Micro Strategies trying to escape inflation and why that is an important lesson for all of us. Bitcoin has been on a rampage appreciating in dollar value price by 9 million % since its launch, but it's losing speed as it gets bigger. 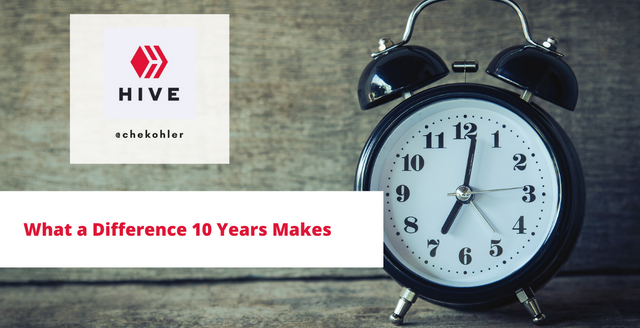 The jumps may be larger in a nominal value that gets us all excited, but the % gains will be slow and steady. Buyers, sellers, miners, market makers, hodlrs, traders are all using the ecosystem to transfer billions each day.

While most people focus on the price, it's only another moving number to be distracted by and why many can't see the value Bitcoin is trying to achieve. 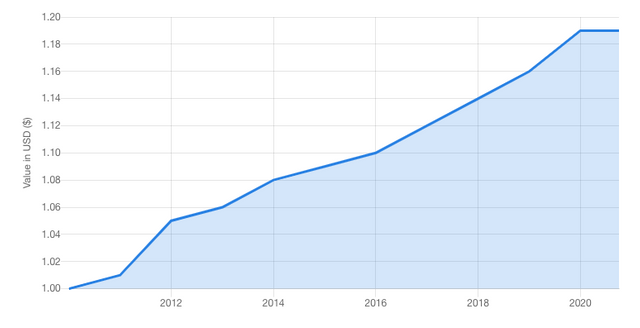 The world runs on the US dollar, while the country is only 25% of the worlds GDP their currency is 80% of global trade, to give you an idea, the global GDP is around 300 Trillion USD, the fact that its measured in USD tells you all you need to know about dollar dominance.

So if the dollar is the dominant world reserve currency, it should be pretty strong in terms of buying power, correct? Yes in relative terms, while the rest of the world fiat continues to lose value faster.

That means a dollar from 2010 would net you 84 cents in today's terms and to have 1 dollar or purchasing power today relative to 2010, you'd need $1.19 in 2020. It's the death by 1000 cuts no one notices the slow bleeding and even rationalised it to make it seem like its acceptable when it's not.

If you put 1 dollar into Bitcoin in 2010, you'd get around 20+ BTC so you'd be well over the USD240 000 range so comparing the two would be a no brainer. While we're probably not going to get those kinds of percentage gains going forward, it's still got plenty of upsides to go, and as long as it has a positive return, it's better than holding a dollar.

As I'm writing this Bitcoin sits around 10k and change if you had to exchange it for a US dollar but only has a market cap of under 300 billion.

Gold sits around 1900 dollars and has a market cap of 10 Trillion. So you can see the upside potential when there are so few Bitcoin going around and basically infinite money and productive in the future going to try and acquire some of it.

Like many of us, crypto traders have adopted a Bitcoin standard and look at what an alt is measured in Sats or an NFT measured in Sats; once Bitcoin reaches those "nose bleed" $100 0000 levels and above, Sats seriously start to come into play as a unit of account.

Which side would you rather be on in the next 10 years?

So ask yourself which side do you want to be on? Even if you are okay and fine with the inflation, why not keep a few dollars in Satoshis and hold it for 10 years and see which was your better bet.