Why We Should Celebrate Not Paying Taxes

As the saying goes, the things you cannot avoid are death and taxes, and that is true, no one using fiat can avoid taxes, it's on every purchase you make. However, some taxes are just downright unnecessary, if not all of them, but the one we all have a problem with has to be income tax.

Trumps latest spat about his tax returns got me thinking, why is a tax on income so polarising. Why do we want to vilify those who pay fewer taxes as if its some noble thing to give your purchasing power to the government.

Income tax effectively says I don't know what to do with my money that will benefit society, so I'm going to give it to an institution that is hopelessly inefficient to waste it pretending to help society.

We've been indoctrinated to believe that tax is a civic duty, that it is responsible for all the civil services we enjoy today from roads to bridges. When it's really only peoples productive capacity that built it, not your taxes, taxes are a ploy to have you believe that only through government would these services be rendered.

I wouldn't say I like the term tax loopholes, its more incentives, some of them good some of them bad, regardless of what you think of the tax structure these loopholes are meant to be used.

Businesspeople around the world use these to their advantage to retain more of what they've earned through each financial year. At the same time, the rest of us look at our money and go okay I accept I'm going to lose a percentage of it to the government because I don't want the admin loopholes to avoid it. 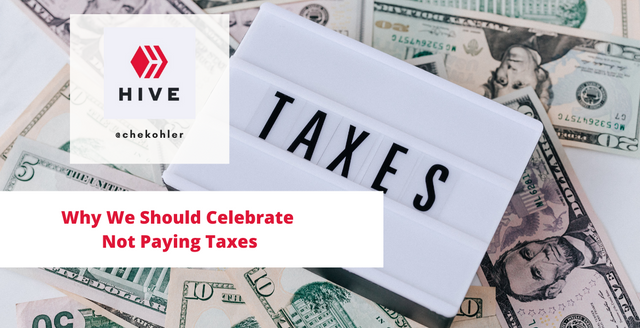 The fewer taxes people pay, the more money sits in local economies to be spent by people on other peoples productive capacity. It helps create robust micro-economies that become self-regulating and self-sustaining, which is why taxes are great for politics. If you can keep people poor, they'll always be dependant on you.

When you pay less tax you can spend it in ways that benefit you and the person receiving it will pass it on; it will allow people to service debt, begin saving, drive down the reliance on state income, improve GDP and lift people out of poverty.

Paying fewer taxes should not be vilified, the knowledge should be shared on how to do it, to create abundance and give people back what they worked hard to acquire.

Apart from moving your money into a stateless currency, paying fewer taxes is also a way to defund the government. If you don't like the way they do things, you should take it upon yourself to learn to pay less tax and stop supporting sending your money to things you disagree with, you may be voting for the other guy, but at the end, your money is voting for something else.