The Fight Belongs To Us 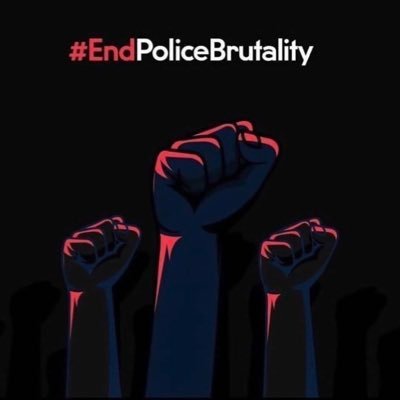 Another day of horror experienced by the youths in Nigeria goes by in the eye of the world. A simple protest concerning the issue of the kidnapping, brutality and killing of innocent Nigerian youths by the arm of the Nigeria police force otherwise known as SARS which began approximately 4 days ago is slowly morphing into a blood bath as the number of dead Nigerian youth continue to rise, interestingly, after a long time of silence, the President of Nigeria through a video released on twitter informed members of the public about disbanding the group and assured that much is being done to curb the menace, but only few moments after, another peaceful protester was shot dead at Surulere, Lagos State by members of the SARS unit without any officer being held accountable.

This is a snippet from the video

The disbanding of SARS is only the first step in our commitment to extensive police reforms in order to ensure that the primary duty of the police and other law enforcement agencies remains the protection of lives and livelihood of our people.
Link to video

There are countless "graphic" images and videos on twitter showing injured and dead peaceful protesters or those who ain't injured being bullied by tear-gas and water tanks and are running for their lives, they are not pleasant to the eye I must warn you. It then brings the questions to mind.

Today, the brave youths took to major parts of the roads in different states within the country and mounted roadblocks all to slow down free movement of commuters just to be heard, all we've had have been vague promises to curb the menace while nothing is actually being done, and death toll continues to be on the rise, media outlets in the country have been compromised as we watch them ditching out fake news and bending the truths of the protests, the only outlets we trust to show our truths to the world have been twitter, several international media have been broadcasting the news our National medias won't share.

But their silence will not make us give up, we will not be tired, our voices will be heard, we will take our lives back.

This world has just gone upside down!!!Evil people everywhere, how do you because of having a gun feel the power to take another mans life, how do people who are paid to protect the people turn around to become the ones killing unarmed innocent people and the matter is still being neglected?

Another case of the world turning upside down happened yesterday on Hive with the Leofinance project being hacked, someone figured out how to exploit our contract and create free wLEO and drain the ETH out of the pool, like why can't bad people just have a planet to themselves and do to each other what they do to innocent good people? A project going so well and smooth being worked on for several months abruptly came to an end because of a bad actor, its really draining!

The SPEW project I've been involved with and also been excitedly making posts about for the past weeks also had to be shut down after making so much progress, its sad to think about, but according to the organizer of the initiative, much damage was not done as he was quick to rescue a larger amount of the funds before the site was taken down.

The unwrap was literally seconds before the site was shut down. 1 red light on the way home, and things would be different. I dealt with SPEW, then swapped to my personal account, withdrew and tried to unwrap. In the 2 minutes between unwrapping SPEW, and swapping to personal accounts, the site stopped.

And the shutdown plan was described as shown in the image below. 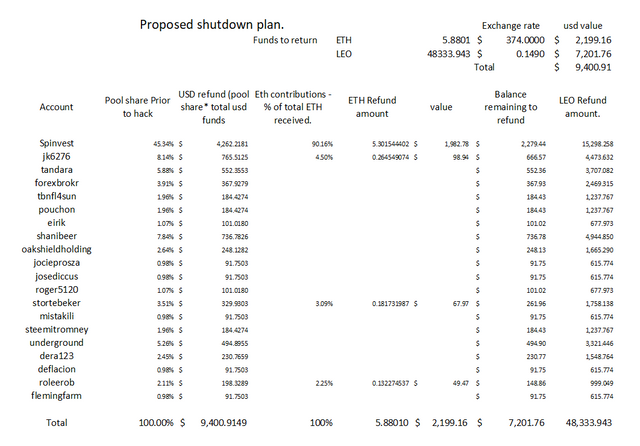 According to the image above, all participants in SPEW realized a profit of 31% in barely 1 month since the project took off, I wonder how 3 more months would have been!All good things come to an end they say....but this came quite too soon, it was indeed an opportunity to participate in such initiative. The organizer of the SPEW initiative has also disclosed that he might not be interested in continuing the initiative even if it is brought back to life, it is sad but who can blame him? It was a good run while it lasted.

RIP to the innocent lives lost while seeking justice and peacefully protesting for their rights as a human being!
RIP to WLEO project
RIP to SPEW initiative

We shall continue the good fight so that the lives lost won't b in vain, and we shall rebuild every project and carry on so that our sleepless night and months of building will not waste, good will overcome evil in the end, and if it doesn't, then maybe its not the end. 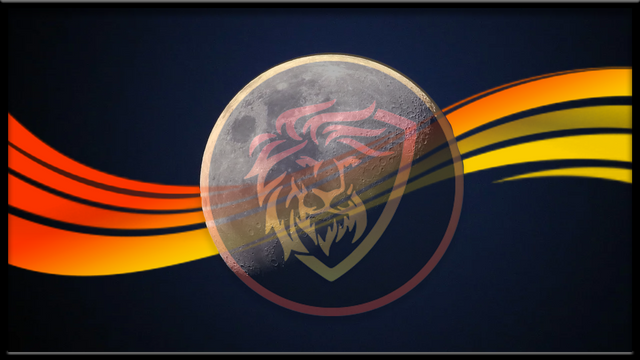