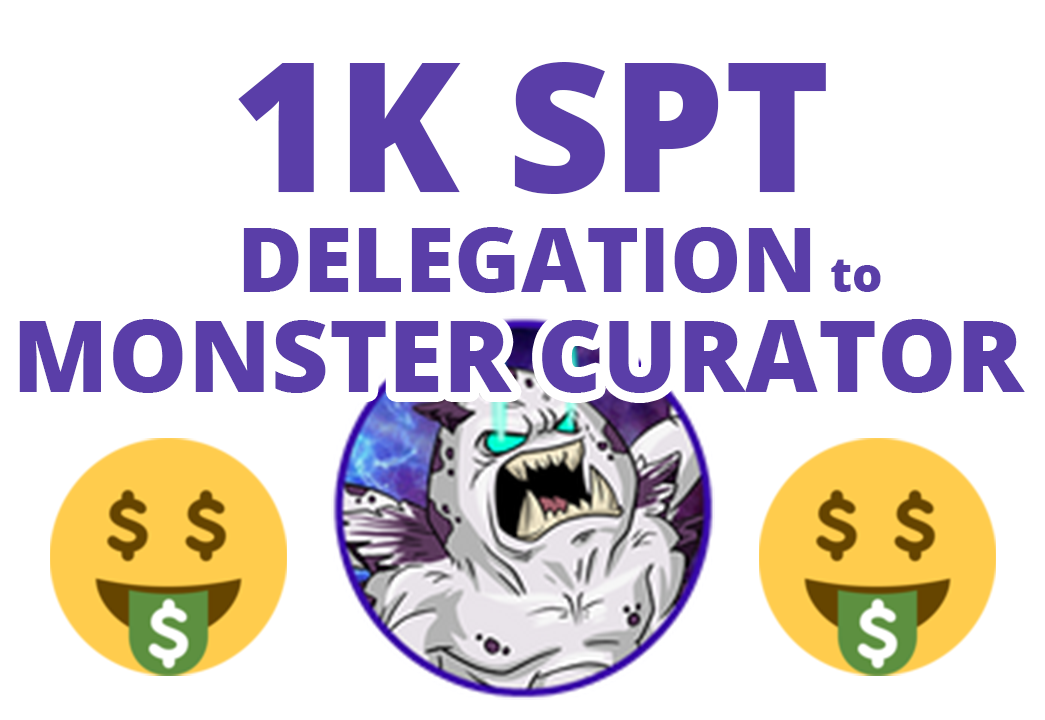 I mostly post on Splintertalk, which filters out all of the Splinterlands posts on the Hive blockchain and displays them in one hub. On Splintertalk we have our own token for content curation: SPT.

SPT is a crpyto token that can be traded on the hive engine, either for hive or any of the popular tokens that are built on the hive blockchain, such as DEC and SPS.

As of now SPT has three main use-cases:

How do I get SPT?

The easiest way to get SPT is to simply buy it. You can do this through the hive engine. Here you can trade a myriad of other tokens against SPT.

If you're not willing to spend big bucks starting out, you should certainly consider producing Splinterlands content on Splintertalk. Whenever someone upvotes your posts a certain amount of SPT will be given to you. The amount is determined by the amount of staked SPT that the curation account has. After 7 days the rewards get split between the curators and the writers and you will see the SPT show up in your wallet.

Be sure to include either SPT or Splinterlands as a tag for your posts.

Once you've accumulated some SPT, you can stake it, allowing you to earn more SPT simply from upvoting other people's content.

@monster-curator is an initiative from @flauwy and @abrockman. They noticed that many people didn't have the time to upvote every day, meaning that people were losing out on rewards. Both writers and curators.

People can delegate their staked SPT to Monster-Curator. Every day you will be sent a 100% of the curation rewards that your SPT was responsible for. As such, it allows you to earn a passive income of SPT.

This benefits both curators, as they no longer have to look for content to upvote, as well as writers, as more of the staked SPT is now actually being voted with.

One important selling point of Monster-Curator is that they upvote excellent content. For this they employ a team of curators. The original curators where @marianaemilia and @r1s2g3, but the team has since been reinforced with @homesteadhacker, @RosieW and @CandyRain. These people are constantly checking new posts to find high quality content to upvote and bring to the home page. They are responsible for most of the posts on the home page, meaning that they play an important role.

So, those are the reasons I decided to give it a shot and delegate my first 1,000 SPT to Monster-Curator. For me personally, that's quite a big portion of my SPT holdings, but I'm very confident in my decision.

It's an experiment and I'm curious to see where things go. As time progresses, I'll probably add more SPT to my stake.

Some of these curators have created seperate accounts. One for creating their own content and one for curating other posts. You can often recognize these accounts as they have spt in their name

How to delegate to Monster-Curator?

Ok, you're convinced. How do you actually delegate to Monster-Curator? While the process is relatively simple, it is still important to pay attention as I messed up my first delegation as you can read over here: https://www.splintertalk.io/@solaito/monster-curator-i-made-a-big-mistake

Luckily I was able to sort everything out with Monster-Curator, big thanks for helping me out!

First of all you need to stake your SPT. When you stake your SPT it get's locked in for a certain amount of time. In order to do so, you can either use your Splintertalk wallet or go to hive engine. 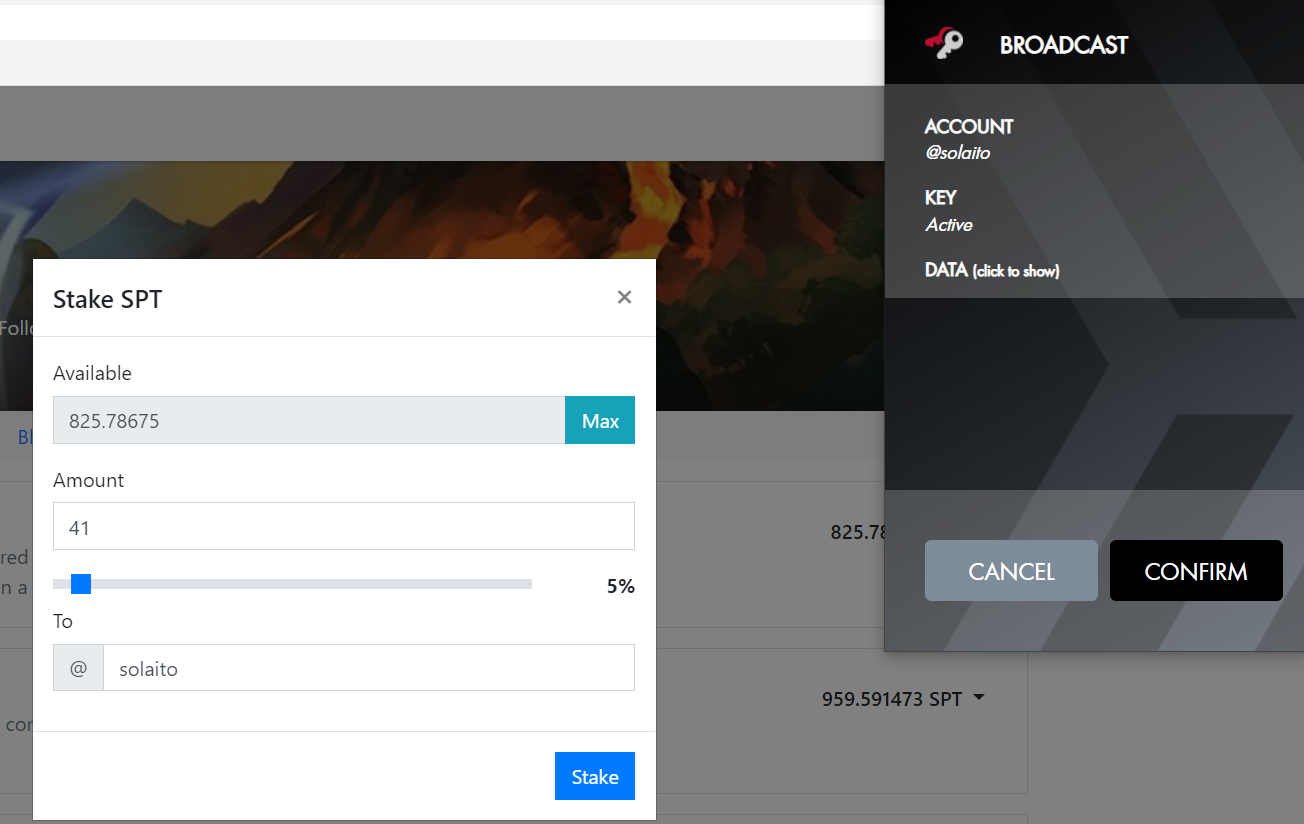 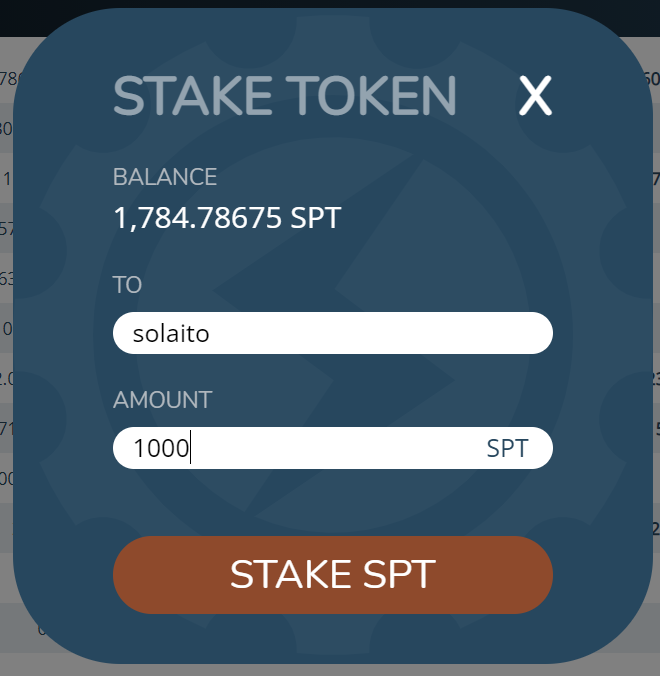 As you can see, it is very important that you stake the amount of SPT to yourself and NOT Monster-Curator. If you stake to Monster-Curator, like I did the first time, you will actually send your SPT to them and lose control over it.

Once you've typed how much SPT you want to stake, you'll have to confirm this transaction using your Hive Keychain.

Once the SPT is staked, you now can delegate it to Monster-Curator. 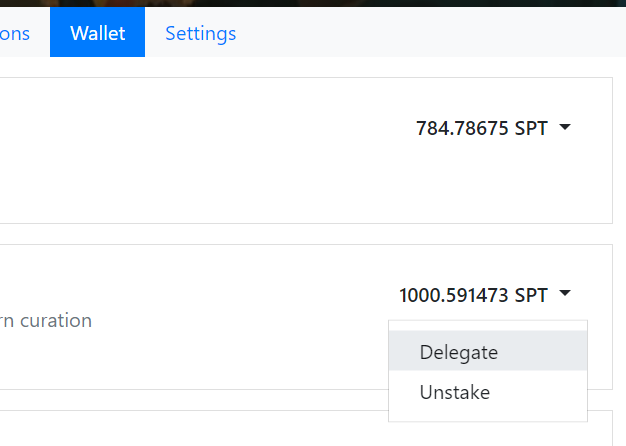 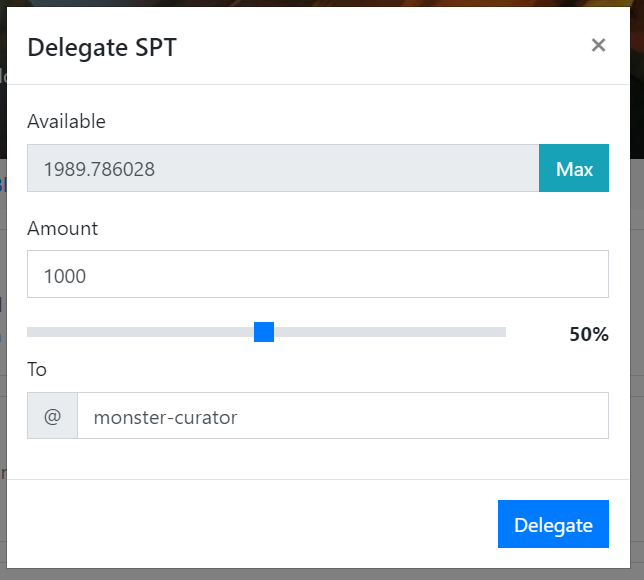 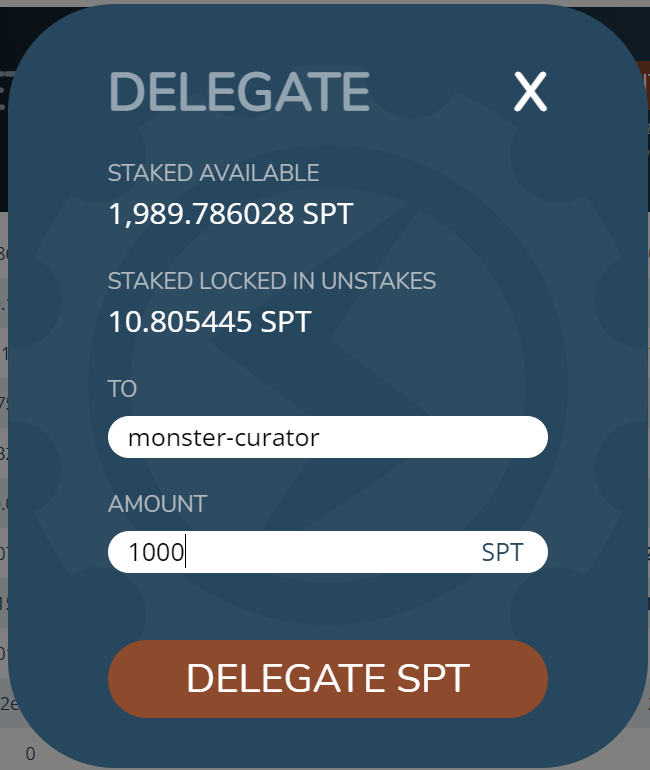 Confirm the amount of SPT that you want to delegate, and make sure to check the correct spelling of Monster-Curator.

Once you've confirmed your delegated amount, you're all set.

After 7 days, you'll start to receive daily rewards from your SPT that was used by Monster-Curator to upvote posts.

If you ever decide that you no longer want to use Monster-Curator, you can simply remove your delegation and you'll have your SPT back in your account.

I hope this guide was helpfull. Let me know your thoughts on Monster-Curator and SPT in the comments.