What caused the recent dip in the crypto market?

Well, there could be the case of price manipulation by large entities, over leveraged individuals, a healthy correction after a sustained uptrend, or absolutely every reason you can think of. It doesn't really matter that much.

What matters is that Bitcoin and its herd of altcoins are in a bull market and bull markets are made of corrections too, whoever thinks that prices will climb to the upside forever, with no pull back, is actually living in a bubble.

Handling volatility is key to success in crypto. I can say I've polished myself enough in that direction.

I had invested $1,500, about a month ago, in some ETFs on Binance. Those are basically sort of leverage trading products that don't have liquidations tied to their asses. It's basically leverage trading for non conosieurs like myself. I had bought some LINK UP, XTZ UP and SUSHI UP. 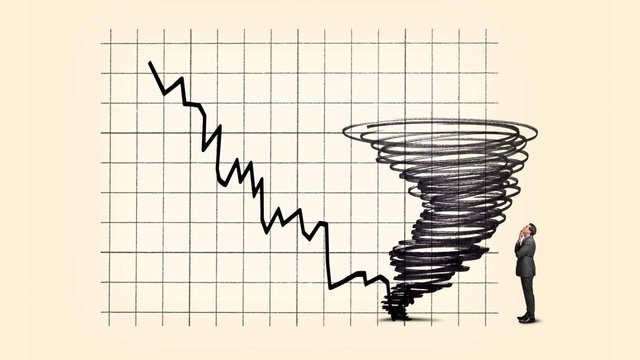 Everything up, we're in a bull market after all :). My $1,500 investment was worth $3,400 a couple of days ago and now it's worth a mere $1,300. It might get even lower... Have I expected this dump to occur? Hell no, I'm greedy sometimes, although @edicted warned us for months that September is usually a shitty month.

Am I scared of loosing $1,500? Nope, I strongly believe that I can easily 10x that by the end of this year with the three ETFs I bought on Binance. I can even add more on the way up, but I'm actually fine with it. Not everyone is fine with the current price action of Bitcoin and the majority of alts.

I guess the best performer in this whole situation is HIVE.

These people are not comfortable because they're probably over leveraged, over exposed, over attached to their portfolios and goals and last but not least to their expectations. Having expectations in the crypto market is probably the number one enemy one investor could have.

The market doesn't do whatever you or I expect it to do and it's not following no damn chart. There are highly complex factors influencing it. The big picture is clear though, this thing is a train that's unstoppable, a train though that's hard to catch sometimes and even harder to pull back.

The road to a over $100k BTC will be a hell of a ride. This ain't your school buss. It's a scary roller coaster and only the ones making to the final stop of the cycle will be able to say they've made good money in crypto. No matter how the future bear market will look like, development is in full swing and mass adoption is inevitable.

Meanwhile, especially fresh new investors should expect tons of volatility ahead of the peak that could take BTC up to $300,000. Yes, I believe BTC can reach that amount during this cycle, but I'm not expecting it ride us comfortably to that peak.

Meanwhile, hold you're steering wheel tight and don't get shaken out. These sharks would do anything to get cheap crypto from us, just to sell it back near the peak.