Hey everyone, this'll be a bit different post than the usual ones, but I figured since no one's mentioned it on chain and there's not a lot of fuss about it elsewhere it could be worth letting you guys know this is happening at least. First off I want to let you know that I've invested a little bit in it myself but I'm still gonna try and be unbiased about this and try and drop as much info as possible that I've found about this token from the old giant Atari.

Point is there's not a lot of news coverage on it, some crypto articles here and there but a lot of negativity surrounding it, whether it's FUD or not, you decide. There's also not a lot of transparency, they've started with private funding round and now there's the first round of public funding going on at $0.08 price per token. The reason I decided to post about it now is that the current price is going to change tomorrow so if by any chance you're interested in throwing some crypto at it, now is probably better than later. That said please be cautious and check some of the info I'll be dropping below that I could manage to find. There seems to be a lot of FUD around it, people pointing at past experiences and controversy of the company and the upcoming console they're selling, sort of a novelty ATARI VCS: 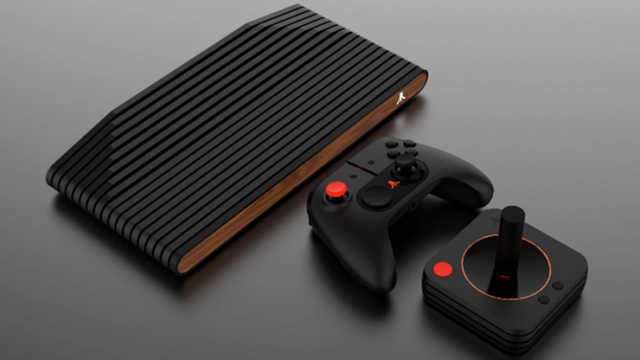 According to articles and reddit posts, Atari has been "working behind the scenes" for years in preparation to release the Atari Token and tie it with the release of the Atari VCS console, stating that:

This will allow integration into games for ownership and transfer of digital assets with the ability to create or earn property in virtual worlds, cross platforms, through blockchain as well as E-sports, gambling, shopping, music and more.

Before I get into more headlines and info about partnerships and plans, here's some information about the token: 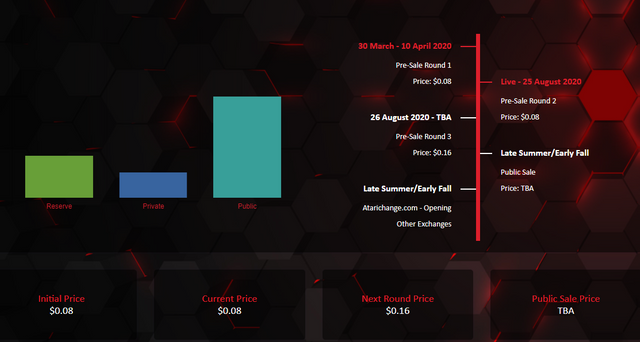 As I mentioned this is the last day for the $0.08 price, so if you're going to invest in it (warning, not for U.S customers, unless you try with a VPN of maybe), it's probably best to do so now rather than later. It'd be cool if you'd use my referral link: (I get 5 tokens for every 100 you may buy)

There's also the Atari Chain website that has a bit more info about their vision, utility of the token and partners, just give it a quick glance instead of me copying the things over here.

Alright so with that aside, here are some helpful links of interviews, partnerships, strategies and plans of Atari for you to research. I'll also include a video of someone criticizing the Atari VCS who seems to have had some bad past experiences with the company, although there isn't that much content about the Atari token from noncrypto people, obviously.

Atari Partners with WAX For NFTs, Joins Board Alongside Shatner and Marvel (Cointelegraph article)

Atari® Teams Up with Unikrn to Deliver Enhanced Shopping, Betting, and Gaming Functionality to Atari Token (from atari.com but warning, not secure webpage)

Link to the Atari VCS which will use the token

Atari Inc., and LightForms.cc Group LLc., signed into a strategic partnership agreement with each other.This opens up the entire Atari eco-system to LightForms and LightForge technology for use in Atari mobile applications and the new Atari VCS console.

Negative review about the console

The Sandbox partners with Atari

Source to most links and some more

As you can already see in the reddit comments there's a lot of mistrust, then again I've never really read too much into random comments on forums. I remember the probable Bitcoin Maximalists running around warning people not to invest in the Eth ICO "Scam" at $0.33 way back. Obviously do your own research, I'm sure there's more info out there than I've provided here, just going to youtube and searching for Atari token will probably yield some results you can check up on. Just for transparencies sake here's a screenshot of my investment so you know I'm not just throwing this out to get people to use my referral link to get free coins but I've also put some of my own skin in the game: 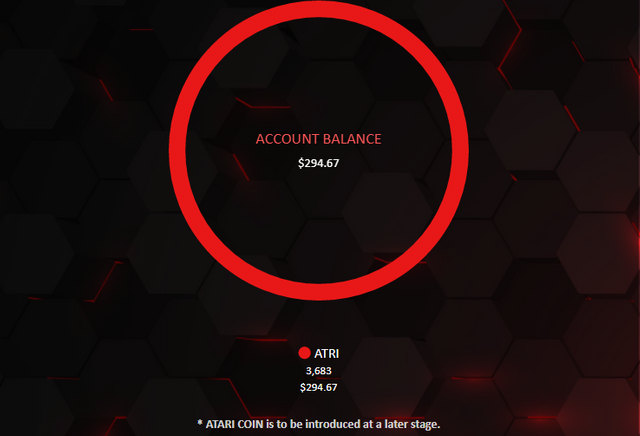 I might buy a bit more here soon before the 0.08$ price ends. Their wallet dashboard is pretty nice and let's you store other coins on there as well so if you happen to send it Eth or Litecoin (probably lower fees these days) and it happens to turn into $0.16 price and you don't want to buy anymore it seems as it'll let you withdraw the coins as well.

Anyway, gonna keep this post short so you who are interested won't miss out on the lower price stage. Feel free to let me know what you think about the presale and potential of this token in the comments and maybe we can discuss it more there.

Own opinion about the negative review of the console, I think it's clear that it's a novelty console with very old games and graphics with some finetuning for current TV's, etc. So not sure why he keeps bashing on the specs while at the same time calling it a novelty console, felt a bit harsh imo but maybe he has his reasons.