Who are you bringing to Leo for "Bring your Fam week"?

No, I don't consider myself Jesus for shilling you Leo Finance. I'm not even religious for that matter. I was just looking for funny thumbnail ideas and I came up with this. I've always found basketball Jesus kicking Satan's ass to be funny as hell, and now I got my chance to use it. 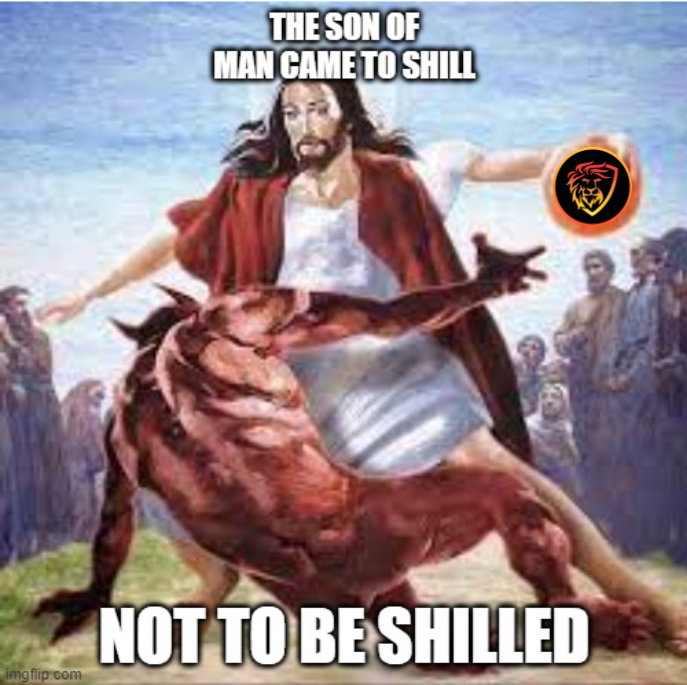 This also doesn't mean that Leo Finance is part of the holy advent or that our community is the chosen one, it's just a meme, take it as it is.

Check out the Bring your Fam to Leo initiative

But now that I think about it, I do bring some holy shills to you today

The fact is that if you are already a Hive user but you are not posting on Leo Finance, odds are you've been pushed to the dark side and you have no idea what you are missing out, just because someone told you that posting on the Leo Finance frontend is only for the economists and the crypto gurus.

But that couldn't be farther from the truth.

The truth is, Leo Finance is for everyone, because everything in this modern day and age has to do something with money, at least in a small part - some times, some topics have to do a whole lot with money.

But all in all, he who writes about anything, can spin that topic to be Leo Finance content wortyh. All he has to do is take that topic he has in mind, and have a money mindset when writing it.

Leo Finance is for everyone, because every topic has a bit of finance on itself

Maria likes yoga, she likes writing about balance, finding herself, spirituality and karma. She posts on Hive but she doesn't use Leo Finance because she thinks her content is not worthy of earning Leo Tokens while posting on the Hive Blockchain.

Well, Maria sucks and it would seem like she doesn't want to earn Leo, because she could be writing at least once a week about Yoga materials and their price, how much is a class and why she decided to invest that amount of money in exchange of bringing spiritual balance to her life. Or she could be writing about how Yoga might be targeted to the upper class but a cheap yoga class could bring more people into the movement and how this would affect the overall Yoga movement. Or she could write about she doesn't spend money on Starbucks so she can attend her yoga lessons twice a week... you get the point.

Ahmed is a schoolboy who like to write about soccer and his adventures with his friends, he thinks Hive is amazing and it gives him, a 13 year old the chance to earn crypto while doing something fun. He's heard about Leo but, **what is a 13 year old going to write on Leo? School finances? So he misses on Leo rewards for being a dummy.

Because he could be writing exactly about that, how he budgets the money his parents give him and how he doesn't buy crap after school so he can fund his Magic:The Gathering addiction. He could also write about MTG and how the card prices change when there's a new expansion in the horizon. He could write about how playing soccer in the corner is different to going to a soccer school and taking his hobby seriously, and how much it costs and what his parents do to be able to afford his classes.

Leo Finance is for everyone because everything has a money aspect

And if you are not writing on Leo Finance, you either hate money and don't want to earn Leo tokens, or you are just lazy.

Join in the Bring your Fam to Leo community effort!

Because all you have to do is to think about the money aspect of what you are already writing about on Hive, include some interesting money-related aspects, and you could be earning Leo tokens on top of you Hive rewards.

If you want an audience, to engage with other people, to get feedback and to interact with amazing people, then you have to start posting on Leo Finance.

This doesn't mean that you have to stop posting on peakd.com or ecency.com, it just means that maybe once or twice a week, you post through leofinance.io and begin the journey of the lion.

For the question in the title, why don't you drop a comment telling us who are you bringing to Leo Finance for Bring your Fam to Leo week.

I'm still closing a big name to bring their whole community to Leo, but if that works out, I guess I can safely say I'm gonna bring at least 20 new lions to Leo by June 30.

Everyone's doing their part, are you doing yours to help Leo Finance grow?


What did the full glass say to the empty glass?
You look drunk!
Credit: hollowknightgod
@anomadsoul, I sent you an $LOLZ on behalf of @memehive
Farm LOLZ tokens when you Delegate Hive or Hive Tokens.
(8/8)
0

I am bringing my Son @trumpman

I've been shilling Leofinance to people on Twitter. I drop comments from time to time about the community on tweets by individuals with millions of followers.

I am on the darkside. All the post I have read on Leo Finance seem to relate to finance. I don't feel qualified to post about financial anything.