Is it officially end of STEEM as Justin Sun is out of the picture?

In the last week, I have been hearing a lot about Justin Sun leaving the crypto world. Initially, the news was only about him leaving Tron but later found out that he was leaving STEEM too. I don't know how to call this. Good news or bad news. But it appears STEEM is already having some issues. Some node-related issues were reported a few days back. May not be related to this news but still there is a possibility.

Those who are on Hive from the beginning probably know what happened two years back and why Hive was born. After Justin Sun took over Steemit, he did come up with some changes to the way the chain operated. He introduced the Tron wallet and also reduced the power down period. Apart from that, some schemes were also popular on Steemit. I don't even know more details on that. I keep hearing that the new users who directly came to Hive looking for a good blogging platform might also see Steem as a fascinating investment opportunity but being very cautious is what I would like to say. 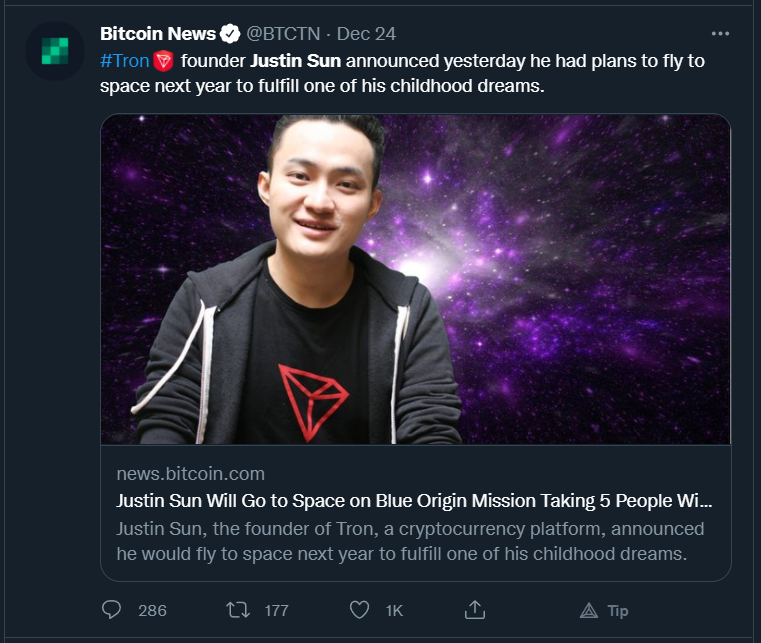 On a funny note, I found this tweet saying that Justin Sun has not only left Steemit and Tron but probably planning to leave even Earn for the good and troublesome species in space. Some people might even think that he doesn't come back but I personally think that he should be doing things he is fond of or things that work very well for him. I'm actually glad that he is willing to quit the crypto world to chase his dreams.

What will happen to Steem?

Probably this is the biggest question now. Many people have already started speculating saying that it can officially be the end for STEEM as the blockchain is not under good leadership. Some people are glad that JS is out of Steem for the good of Steem and now it has a good opportunity to grow. Considering all these facts, there are different possibilities for STEEM now. But anyways the amount stolen from the former witnesses and top accounts is not going to come back anyway. It was sent to the exchange wallet by a white hat hacker but I don't think it was returned back to them.

This could probably be the end for Steem and Steemit might not be able to function properly without proper strong hand management. Justin Sun insisted on at least taking his investment back. I don't know what made him take this decision, it could either be that he would have already taken his investment back or maybe he considered this as a bad investment and a failure for him and moved on.

Will this affect Steem users?

That's a big question. There is a high possibility. People might slow down their activity on Steem. If anyone is planning on investing their money in Steem, I would strongly recommend against it because the situation is not clear. The top witnesses may also lose interest if the rewards are not going to be better. The number of dApps on Steem has also reduced in the last two years and can get hard to build anything on Steem again. The Steemit company might get into better hands and the blockchain can possibly get better. That is also a possibility.

I'm not posting on Steem and I don't even have any friends who are posting on Steem either. So I don't know if this situation would affect Steem users anyways. I personally consider Hive is the best option with so many possibilities and the price of Hive is also better now. It is good to move on.

I already did long back. 🙂

I did all in first month when HIVE was out :))

Same here. I did too.

Yeah a few abusers and plagiarists went from Hive to Steem. 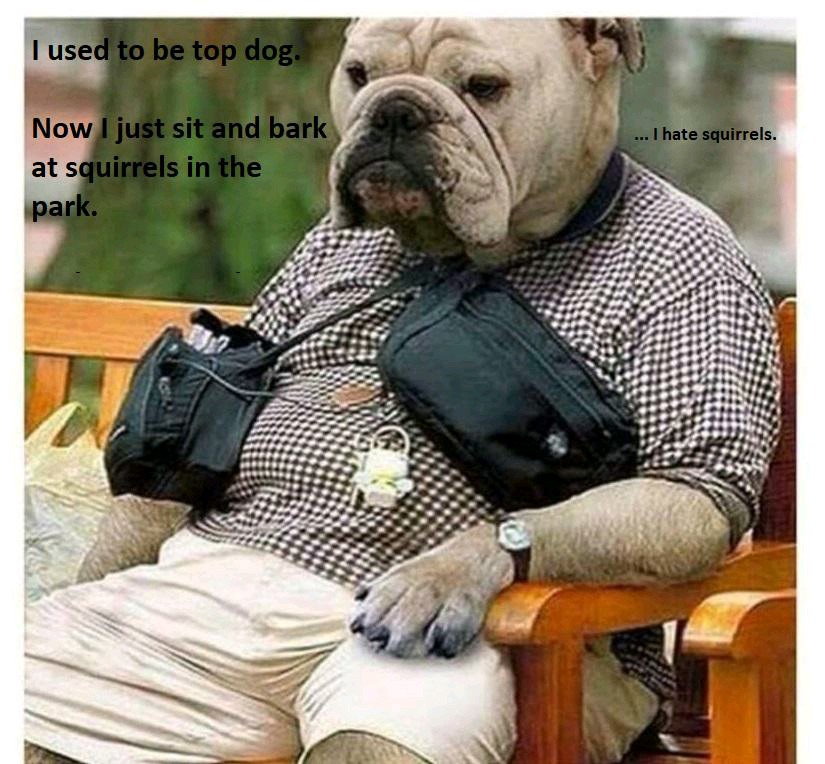 We just have to observe till the very end, for Justin sun to leave it will be very difficult in earning for those on steem because the growth will be slow

Yeah it is a very difficult decision but considering his wealth, this shouldn't be a big deal for him.

I (and probably many other people) slowed down on Steem at the time of the creation of the Hive blockchain. Nowadays I post just/only my Actifit reports on Steem, but actually I am not active on it.

I have not even followed the events around Steem since then. Is there any notable application or game on the Steem blockchain nowadays?

I don't think there is any. Most of us stopped our activity on Steem and fully moved to Hive.

I went through steem recently and it's a desert, nowhere near the interactions and community that exists here on Hive.

Yeah it will slowly go to zero activity probably.

Steem is as useful as Whaleshares is. Dead chains that will soon go the way of Myspace.

Yeah human ego can spoil good projects like these. Ego of just a few people.

When all the witnesses are his sock puppets and cronies, stability will be a problem. Perhaps the community will restore it. Perhaps it will crumble. If Sun is really out, I may actually return to some small degree of activity there.

I don't know if I will ever go back even if Sun is out. I don't think there is anyone out there who would make Steem better.

STEEM doesn't even have !PIZZA, does it?

Lol no Steem doesn't have so many things. It is so lonely. 🙂

Steem is not sustainable due to their lack of improvement, not necessarily because Justin Sun left. He wasn't doing much over there anyway. I personally believe he's the man of Jack Ma sent overseas.

The team is probably not good enough to bring any improvements over there.

A single leadership is not what we need in blockchain space, the more decentralized the better. I've been away from Steem since migrating to Hive and never looked back, this is news to me...

Yeah same here. I never looked back too. This was a surprise to me as well.

What about the lawsuit against him? Is this the reason to abandon the ship?

I don't know if law suits can do anything to him. I'm sure he has enough money to handle all those. 🙂 Thanks for the votes. 👍

Yeah there are still people trying to establish their basement on Steem and grow. Poor people.

Your analysis about the current situation of steemit is quite cool...it might or might not be the end of steemit..the exit of Justin Sun might just be another opportunity for steemit to grow and it could also be otherwise too...time will reveal.

Yeah as the time goes we will know. Good that I don't have any stakes there.

Hey boy come here its on the news its just in sun... !PIZZA

Last month i asked one of top hive user about steemit and she told me that it not safe as seen many users account hacked even they not misplaced their key. she actually guided me well and i also lost my interest there too but sometimes just for fun post. I did power down and take out all steem and sbd from there but what i noticed is that only few user make money there and they are Chinese. Though whatever quality post we made no one there for curate it unless you have someone who are whale so it's not worth there to post. According to me still people there active because of SBD price which is still good around 6 $. Earlier in this year it went to 17-18 $ too but then back again but as said only few people making money there and not feeling safe so I also asked people to cashout all steem and sbd if they have as not safe there.