BAT tokens are pretty sweet and getting rewarded for using a good browser - Brave - was an obvious choice for me. Not only that you are earning BAT tokens as an end user, but also publishers can get tipping and be sustained by their supporters. I wonder if LEO Finance has tapped into this market and if not I believe it should as it could make use of another revenue stream and have multiple choices what to do with the BAT assets - burn them in the same way as ads, build a investment fond to hold them and sell shares on Hive-Engine through a translated secondary layer token (something like LEOBAT) or just use that for marketing or other purposes. 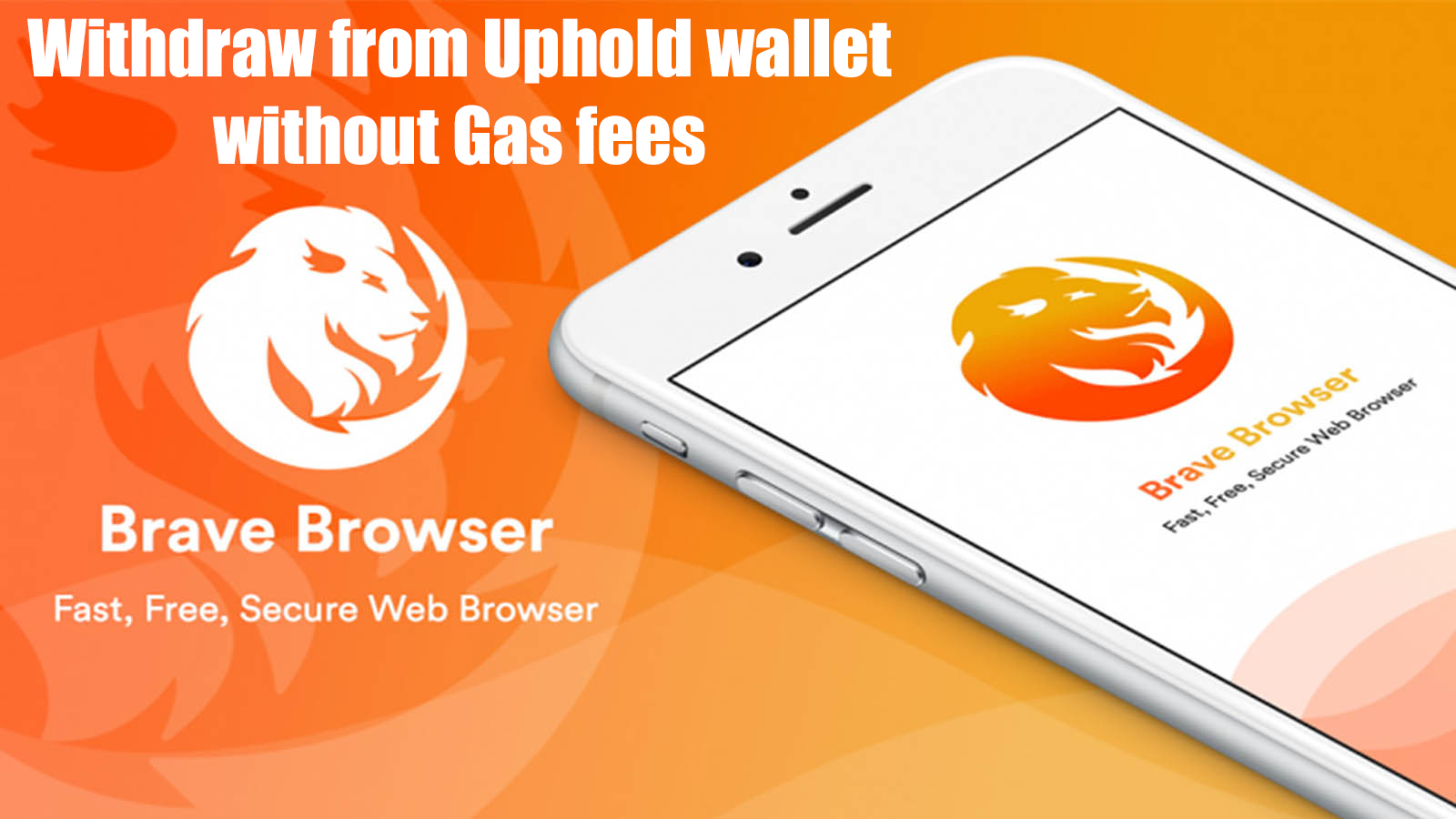 Using Brave browser I've gathered around 10 BAT tokens so I've decided to withdraw them from the Uphold wallet to my regular exchange. The unpleased surprise was that being an ERC-20 token it falls under the tremendous ETH gas fees, which for my BAT tokens would translate in more than 10 BAT tokens, thus I would end up with nothing. 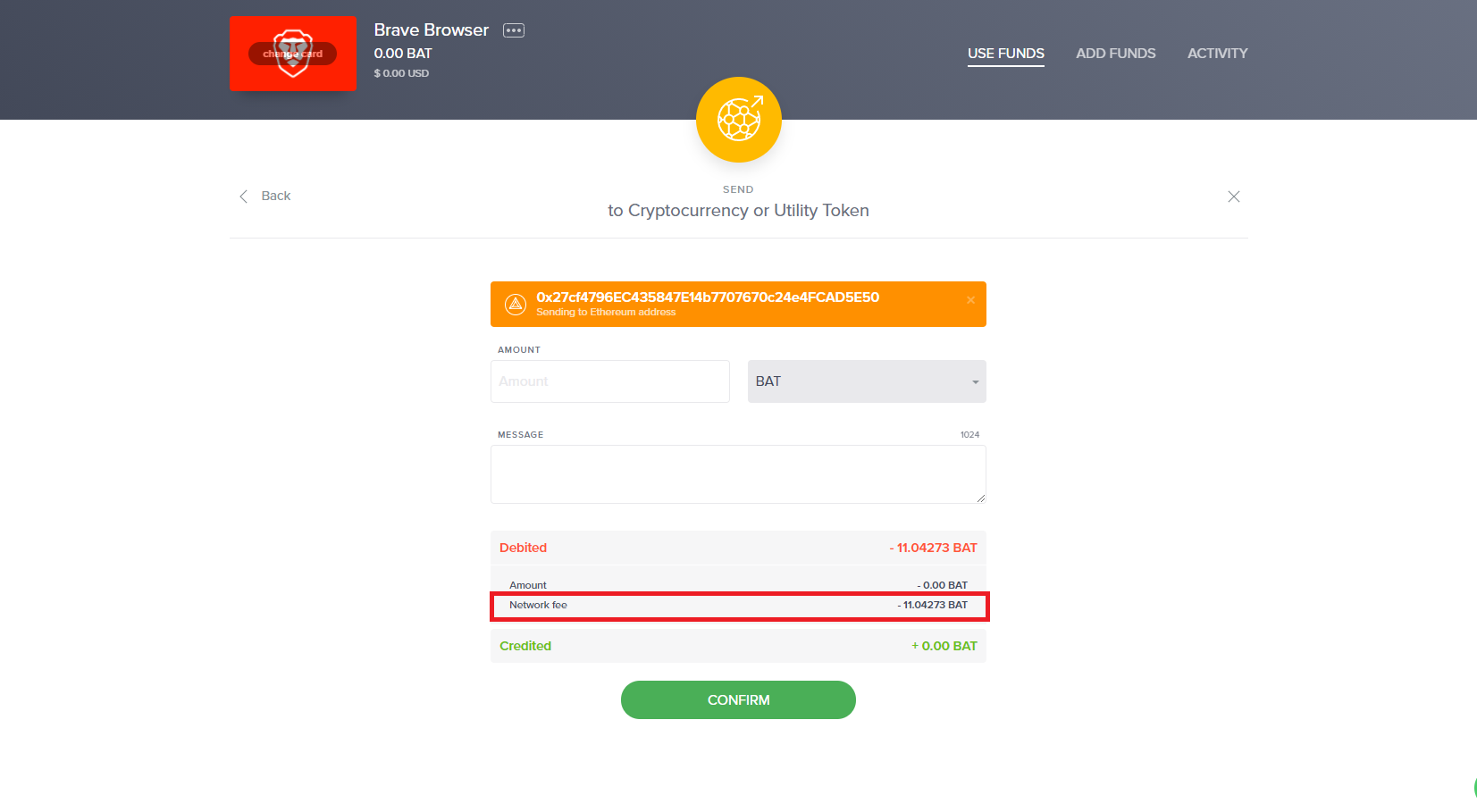 They said that if you withdraw more than 100 BAT tokens you might be granted no gas fees, but it is hard to reach that amount just by using the browser day by day (5 ads per hour, but rarely you get them always). The trick to avoid such gas fees is to send them to different network where even if you might incur some exchange fees (1.95%) and a Network fee (0.001) you are still getting on top of everything. So for this purpose I have chosen to send my BAT tokens to a different cryptocurrency which was XRP. 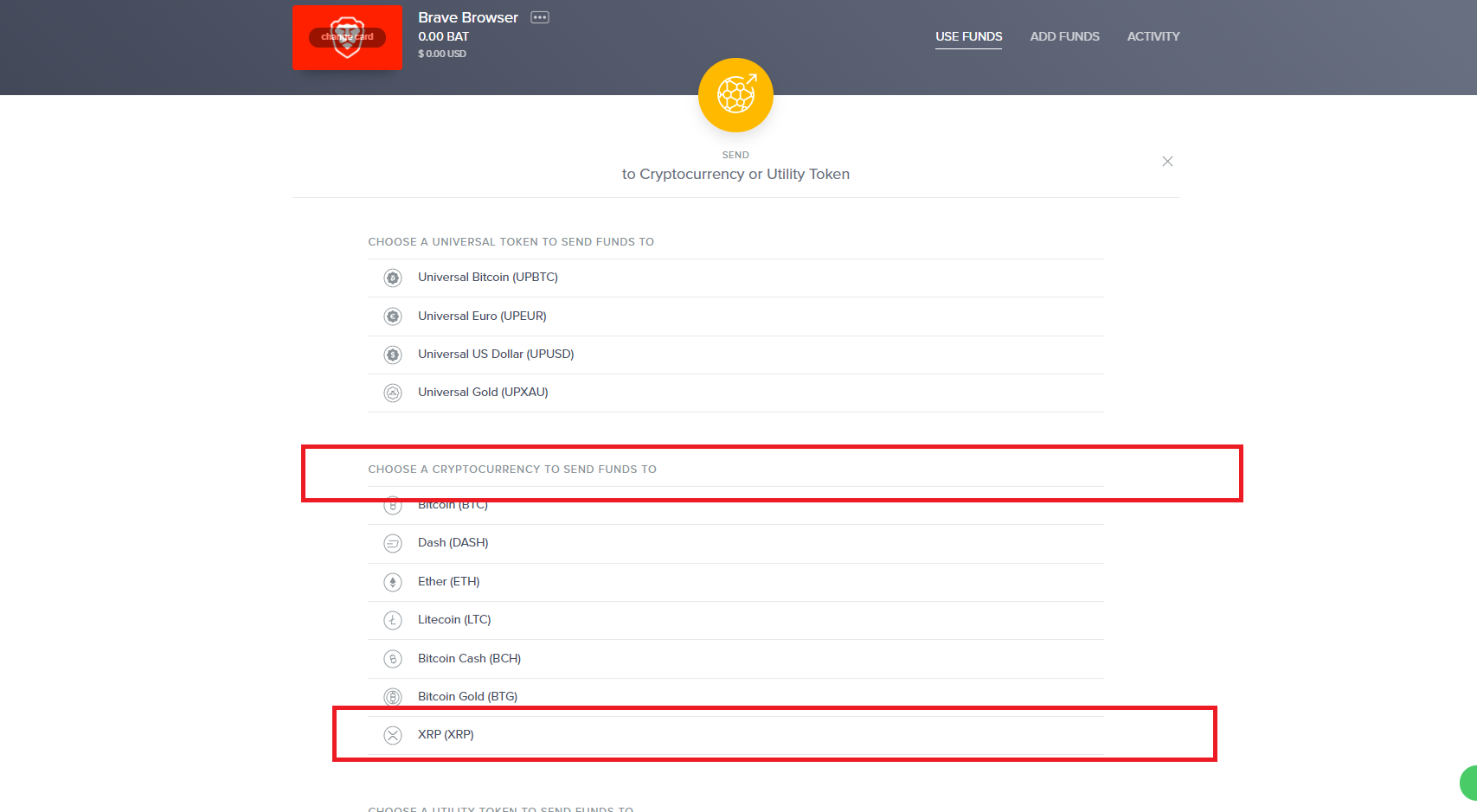 And the transaction after it was performed. 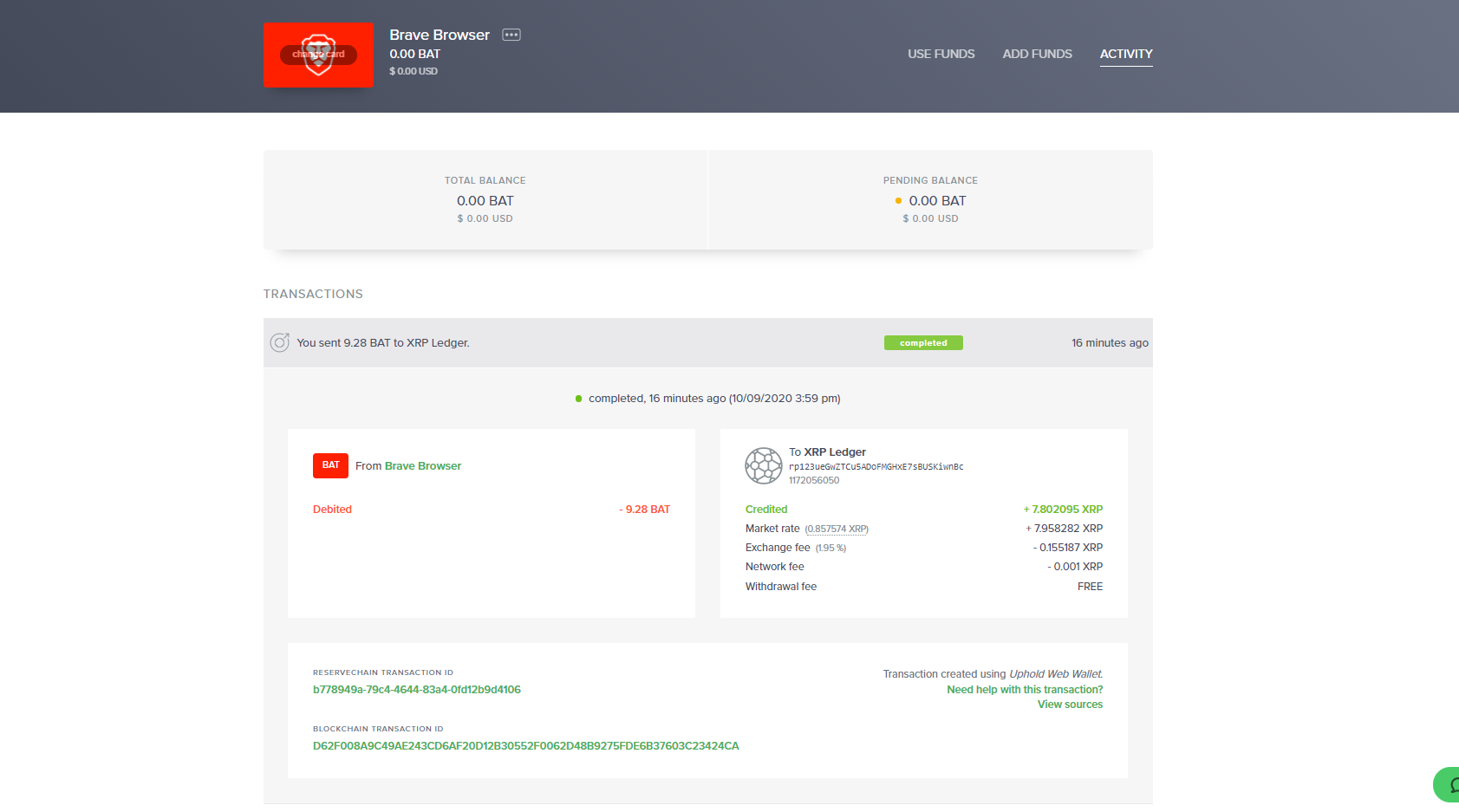 On the exchange I have sold my new transferred XRP tokens back to BAT and this way I've succeeded to avoid the gas fees and getting fair amounts transferred. I had initially 9.28 BAT tokens in the Uphold Ledger and I ended up with 8.88 BAT in my Exchange wallet, thus only lost 0.4 BAT with this operations. I think it is a pretty good compromise and one way to still keep you precious BAT tokens wherever you want - my favorite exchange in this case. 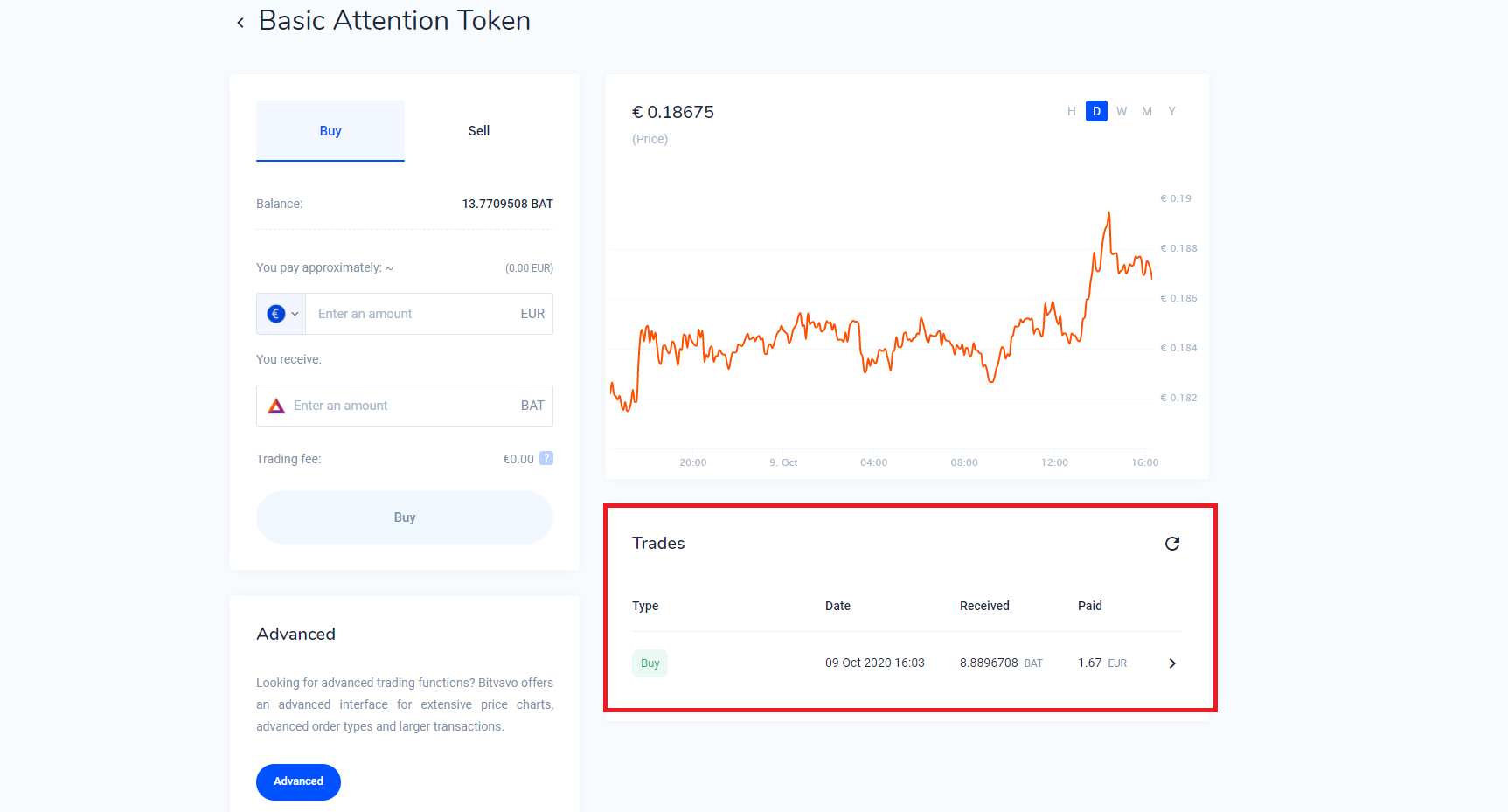 Hopefully this information helps you withdraw your BAT tokens from the Uphold wallet and avoid ETH gas fees which would nullify your entire amount if less than 100 BAT. You need to play it smart and find ways to use everything in your behalf, otherwise you leave money on the table.