There was some sustained activity about the @leofinance witness that it deserves a better place in the Hive mechanics and several posts were written, tweeted and shared everywhere as well as some fresh discussions on Discord to remind people about it and get upvotes. And it seems that this was heard within and outside the community and in last two days people supported the witness. 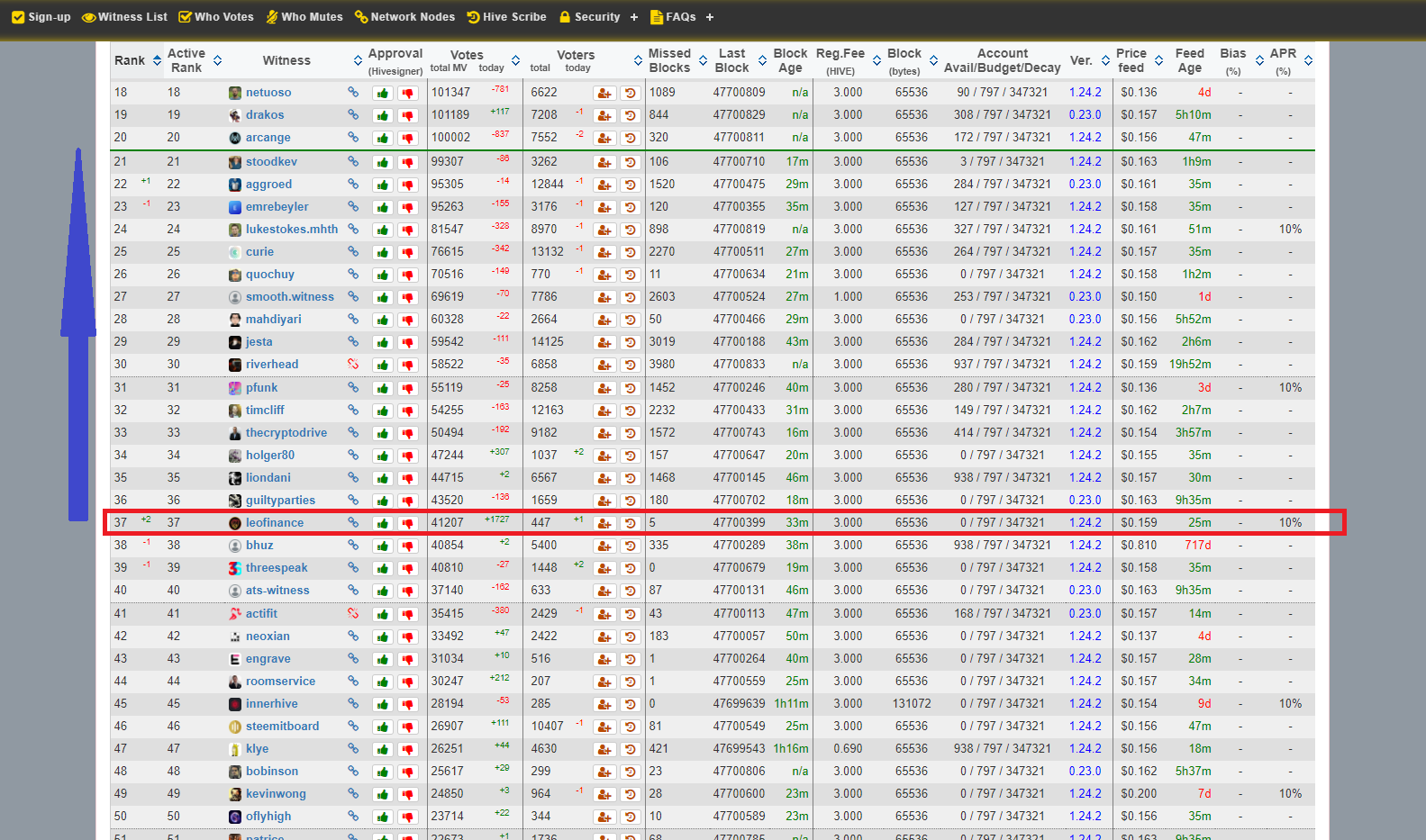 If we were before on 39th place, we succeeded now to advance 2 places and rank as 37th spot in the hierarchy. We went over @threespeak (which is quite popular and active) and @bhuz (which seems somehow asleep). The next goal would be to step up one place at a time as the above witnesses have a little bit of difference in between them and might be a little bit harder from now on. 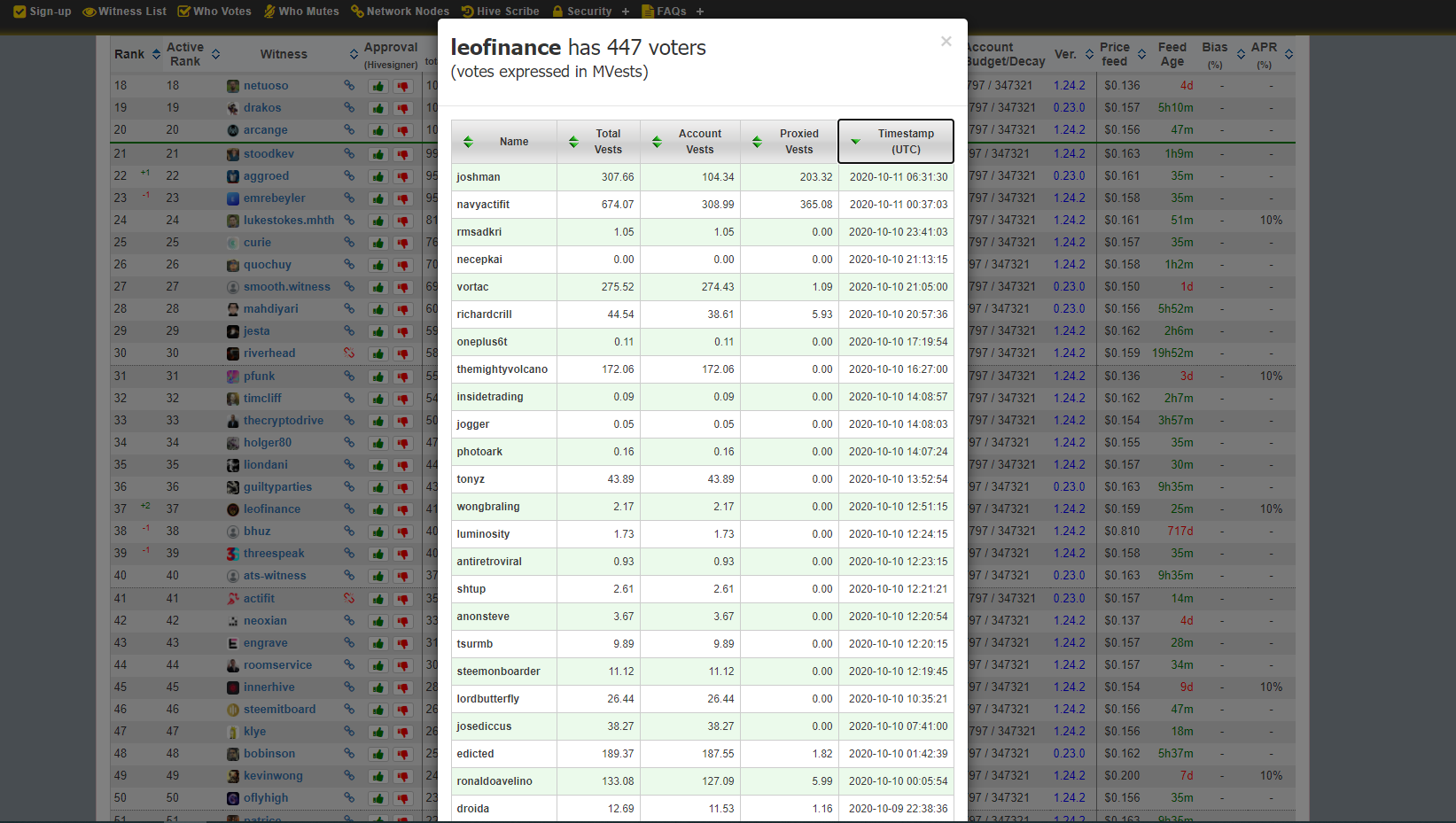 We can see the latest supporters of the community which have joined us in increasing the MVests for the @leofinance witness. We've made it as a community and we've shown that we can pull ourselves together and work as a team to make this happen.

Keep on spreading the word about the @leofinance witness.