LEOFINANCE Witness experienced some nice growth this month considering the call for brothers in arms to vote for it and show the support. As the community grows and the interests of all members need to be protected considering that LEO Finance runs over the HIVE blockchain we need to get our witness in the Top 20. Why? Just because any fork or update of the HIVE blockchain requires consensus amongst Top 20 witnesses, thus we would have a powerful voice against centralization, malicious attack or just a wrong direction which some might want to steer the "ship". 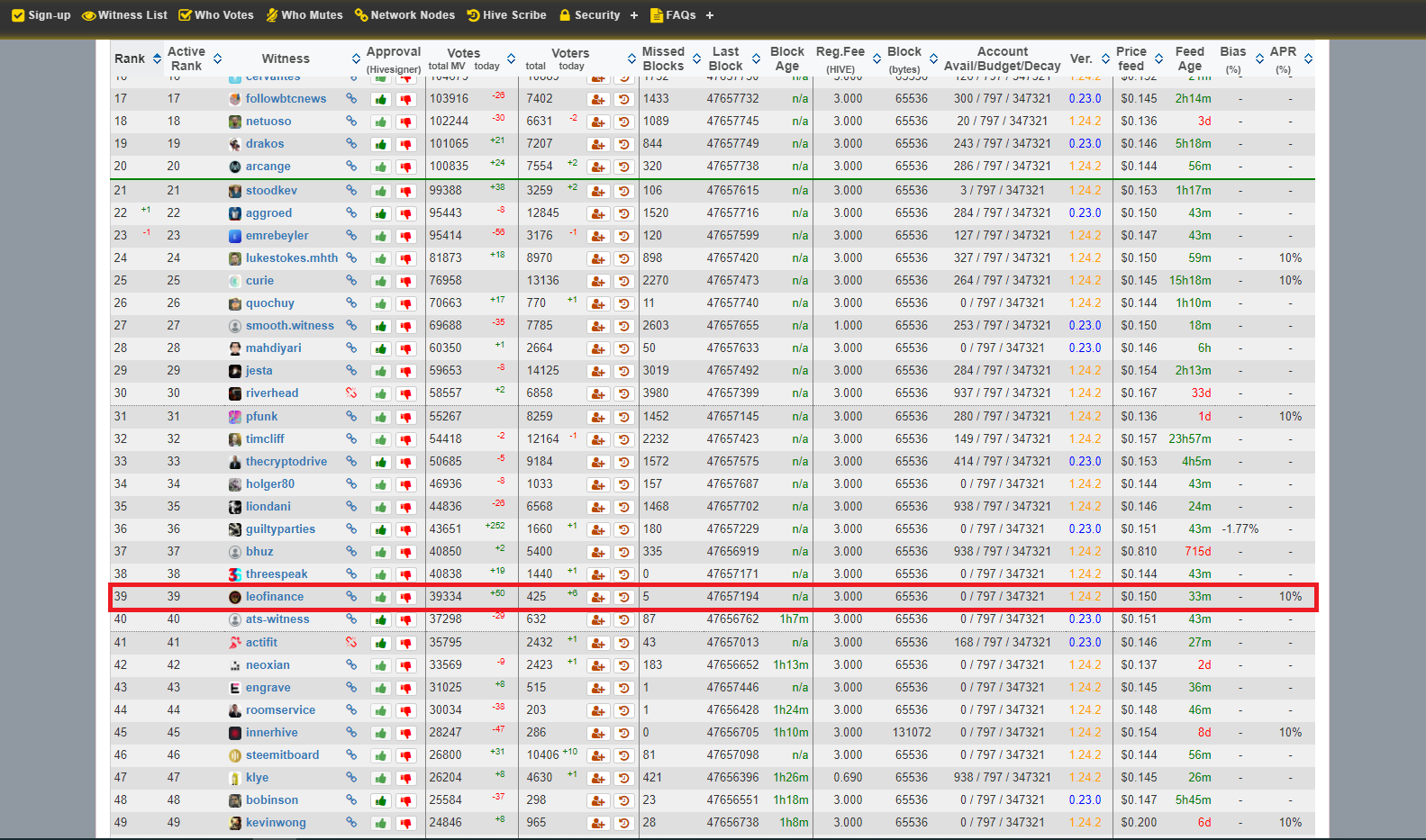 And now let's see the @leofinance witness growth graph per days and MVests. 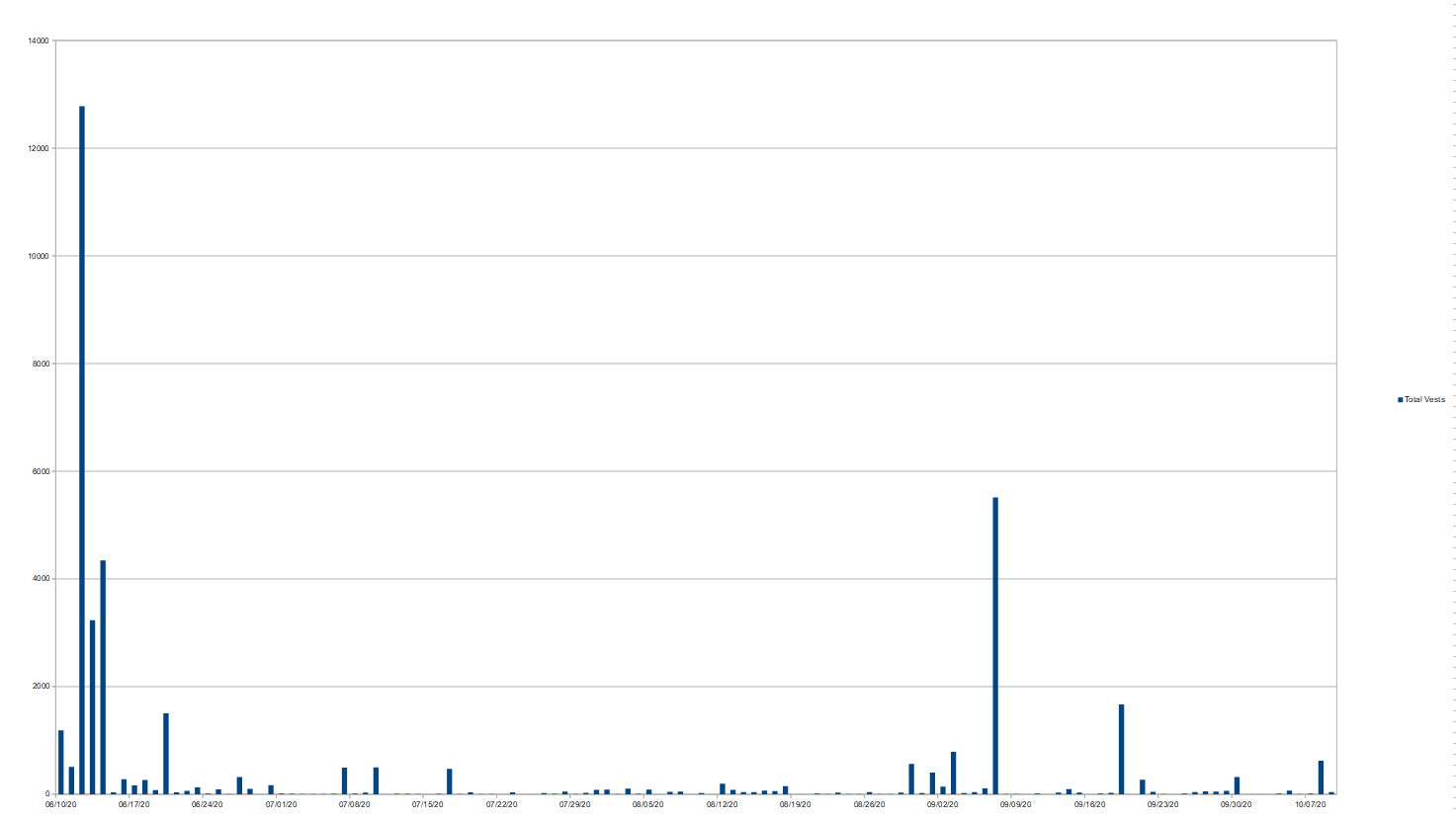 Note: The graph spike is when the @leofinance witness was updated/changed in order to avoid any confusion with @steem.leo old account. You can read here the detailed announcement about Introducing the LeoFinance Community Witness for Hive

Here is another interesting graph for the @leofinance witness is in regards to daily onboarding voters. 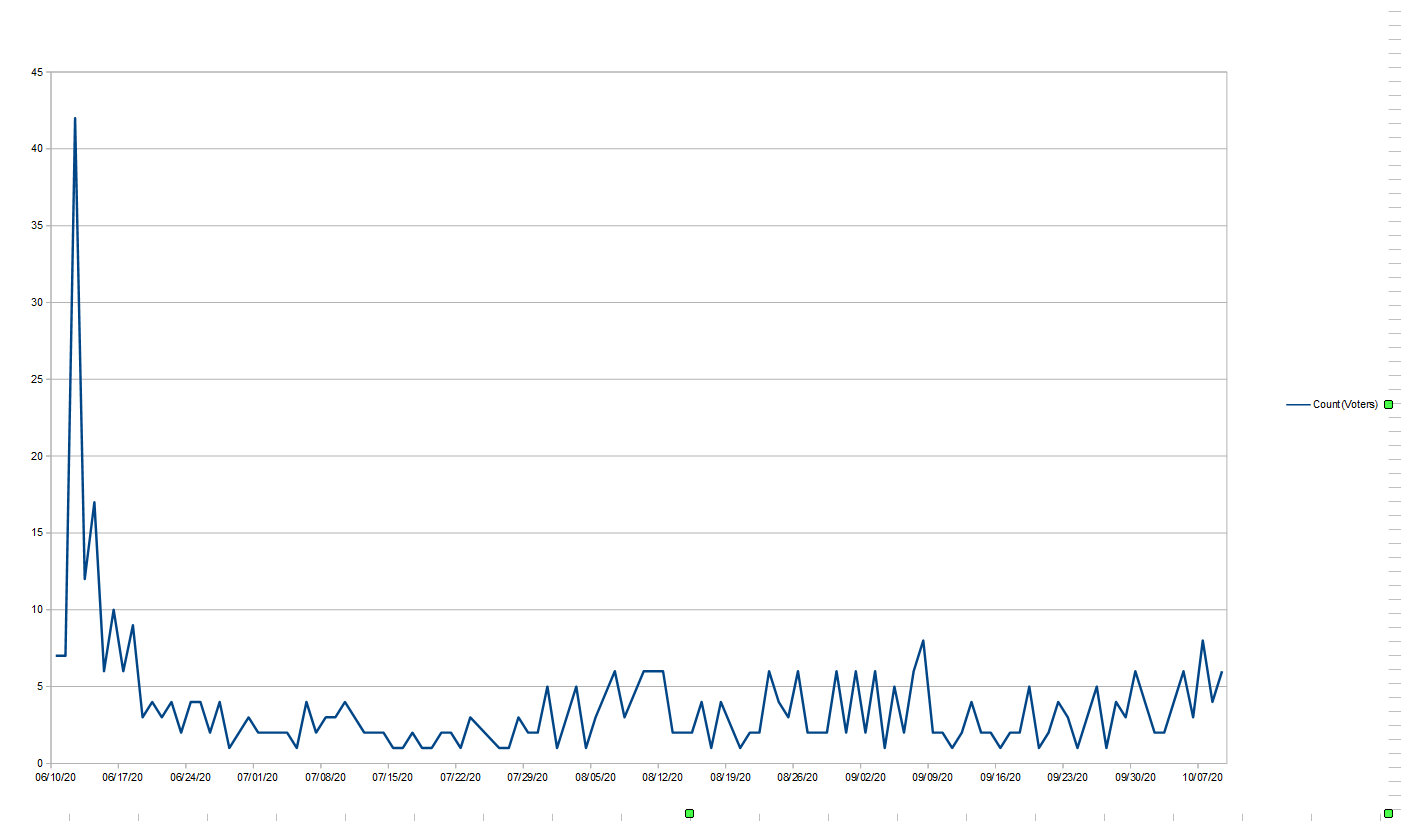 We can see dynamic growth in the number of voters for the @leofinance witness which gains more and more trust. At the same time here is the list of the Top 20 trustee based on their MVests. 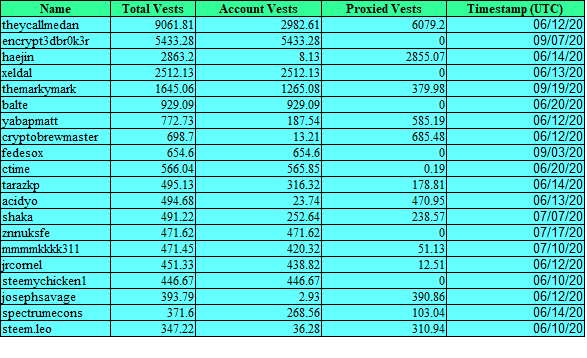 The @leofinance witness gains more and more influence within the LEO Finance community and within the HIVE ecosystem. The projects that it brings to the table like LeoFinance, LeoPedia, LeoDex, HiveStats and soon to launch LeoInfra are the ingredients for growth and a well earned place. Not only that but the target should be Top 20 witnesses as the work done here benefits the entire HIVE blockchain and it opens also roads that can be taken by others - wLEO launch on Uniswap, Linear curation rewards system, Token burning mechanism from Ads Revenue, Delegation and so on. Even a blind man would see the importance and the effects of the work done here and that it derives the influence and the vote of confidence the team worked for.

Don't dwell on thoughts and vote @leofinace as Witness!