Robotics In The Workplace 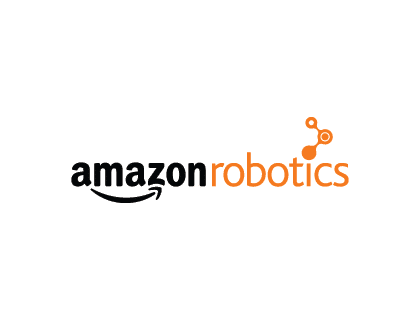 source
Kiva Systems was bought in 2012 and renamed Amazon Robotics.

I was reading an article about how artificial intelligence was replacing jobs in the work place and with special reference to places like Amazon. According to reports jobs are being replaced as yet in not how we are thinking, but more like the job has changed. Overtime technology will improve and eliminate the 30 percent of staff left in Amazon as 70 percent has disappeared in just the last 10 years.


source
Amazon is different to many other suppliers as they have such a huge inventory with items that are not like grocery picking for food fulfillment centers.

Because Amazon has millions of different products it is not that easy to program a robotic picker to handle many of their various lines so the solution thus far is to have robots bring the shelves to the human picker. This according to stats increases the work achieved by over 300%. It is not surprising Amazon bought a robotic company called Kiva back in 2012 changing the name to Amazon Robotics and the next stage will have to be the replacing of staff with bespoke robots that can do the entire job without human intervention. A 24 hour workforce with no holdups surely is position A for a company such as Amazon. 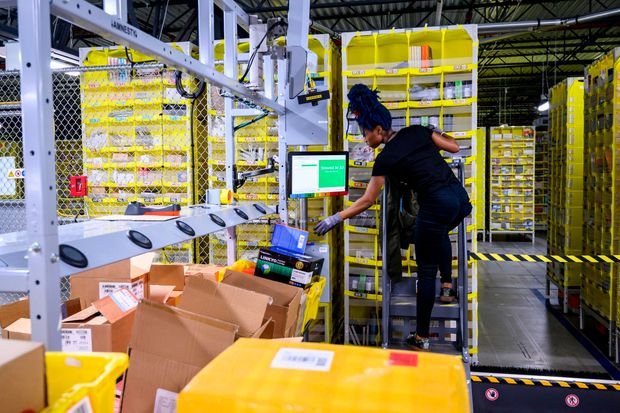 source
Shelves come to the pickers now via robotic transport allowing Amazon to do 3 x more reducing their workforce by 70%.

This is good for Amazon, but not really for the worker as the robot sets the tempo at how fast things get picked. Naturally humans over a period of time slow down and work at the pace they are comfortable with but in an Amazon warehouse that is no longer the case. Productivity had to speed up to meet the demand and this is just one way of increasing the workload in the time available.

This is basic mathematics and one I have experience with running an assembly line. Our demand for orders increased over peak periods and by the pace of the assembly line I could calculate how many bicycles would be packed and ready within a set period of time and in my case it was 120 bicycles per hour per line and I had 4 lines at my disposal.

That was never always so straight forward though as the staff used to play games looking for overtime so sabotaging the assembly line was common practice until cameras were in place. I must admit I hated this work as in the beginning it was an enjoyable challenge seeing what could be achieved, but the work force always tried to find ways to delay the productivity.

Back to companies like DHL who rent systems from a company called 6 River Systems the robotic trolleys are there to "assist" the human picker. Companies don't care as long the job is done and at a cheaper faster more productive way than what is currently seen. Humans complaining about the work place and the conditions they work under will only speed up the process of complete job losses.

Everyone today wants things immediately at the best price available and don't consider that this will impact in other areas like people being replaced. Humans in the meantime are being forced to work with robots at the robots pace until they will be replaced permanently. This is not a pretty picture that ends happily ever after unless you are a shareholder of Amazon or one of the big corporations.