The wLEO Ethereum Hack - Where to now for LeoFinance LEO?

Gah, what a fucking mess.

Just when I worked out how to chart wLEO on CoinTrader, some hacker piece of shit has to go and wreck the beautiful chart.

Take a look below. 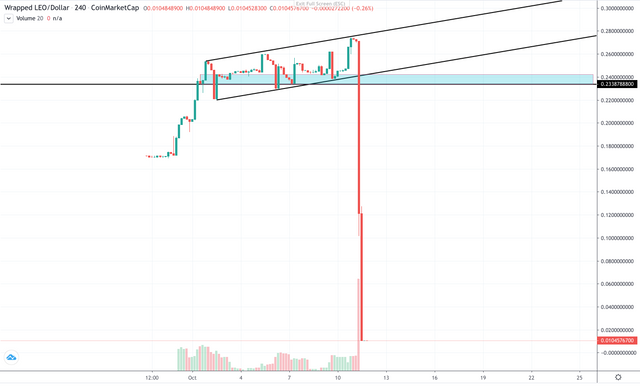 "I'm loving that we now have access to LEO charting on platforms actually designed for technical analysis."

"I'm really looking forward to seeing some of the wLEO chart setups and technical analysis that the LeoFinance community comes up with going forward."

It's the fucking 2015 Swiss National Bank's EUR/CHF price peg all over again.

After 5 years, I haven't touched a EUR/CHF chart because of the mess they caused to the charts.

Okay, that's enough crylaughing, let's get onto the serious stuff.

Where to now for wLEO and Most Importantly, LeoFinance LEO Itself?

If you haven't read it yet, go and have a read of the official update from the LeoFinance team.

The two biggest takeaways should be as follows:

I wanted to end with a shoutout to @khaleelkazi. I know you're going to be feeling pretty rotten right now, but you handled the problem as it was presented and minimised the damage for everyone. So thank you.

But the show must roll on and will roll on.