Is Bitcoin no longer the uncorrelated asset that it used to be?

One of the main reasons why Bitcoin, and other top cryptocurrencies such as Ethereum, have become more popular for institutional investors is the notion that they are uncorrelated with other assets such as stocks.

However, after a nasty Black Friday for pretty much all major asset classes and global stock indexes today following the negative news of a new South African covid mutation, where Bitcoin performed just as poorly as most other assets and natural resources, one could ask if it demonstrates that this is no longer true. If so, is it the adoption of crypto-currencies by such investors itself that is the reason why Bitcoin now appears to be more correlated with the market?

Let's have a look and discuss. 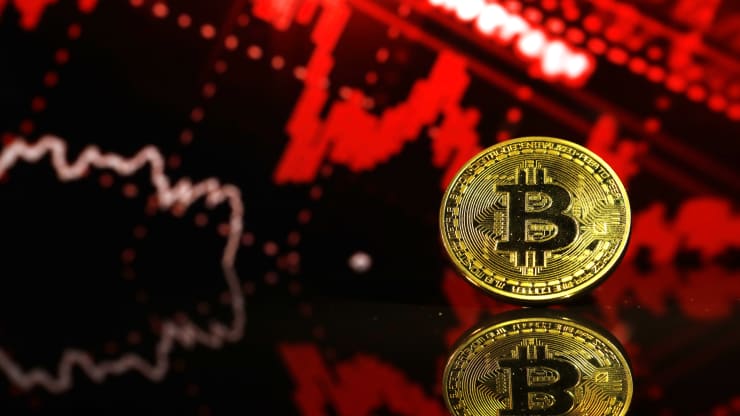 All big financial assets plummeted in value this Black Friday following the news Thursday evening about a new covid variant in South Africa. Bitcoin was no exception image source

First of all, let's understand why the markets, as well as Bitcoin, fell so much today, as it is all related to the same news. With many European countries seeing new record levels of covid-cases in recent weeks, the fear of governments needing to enforce more restrictions yet again to protect the population has again been looming (or in some cases like Austria, already happened). To then have the news of a new and potentially more contagious variant discovered (and now also already reported in Belgium) has blown the fear indexes straight through the roof.

Immediately this morning, European airlines went down by double digits while more or less all common industry stocks such as big European banks and Oil and gas companies went down approximately 5 percent. The reason is obvious: The markets have priced in an assumed reopened economy with perhaps some light, local, and temporary restrictions here and there throughout winter. Now, on the other hand, there are good reasons to believe that we will have at least severe reductions in travels, and perhaps also another round of large-scale lock-downs.

One way or the other, we should not expect the same levels of economic activity in the next few months as would be the case without this new covid variation.

As a knee-jerk reaction, markets then begin to liquidate immediately. Sensing the risk of holding onto assets that would now expect lower profitability (which should theoretically include the vast majority of companies perhaps with the exception of tech and green companies who May benefit from a variety of factors), as well as the opportunity of buying such assets back cheaper, should there now be a correction, sales are made quickly to obtain a stronger cash position.

But it's not only stock markets that have been immediately affected, Oil is also down 11.5% as of now. A drop I don't believe we have seen in a single day since spring last year.

Bitcoin following the markets down

There was a time where Bitcoin was not only considered uncorrelated with other assets, but as a hedge against traditional finance and typically going up during uncertainty (such as following the Brexit vote in the UK). This has been one out of two main reasons why institutional investors have argued in favor of including Bitcoin in their portfolios (the other one obviously being its performance). It was then assumed that when traditional financial markets performed poorly, Bitcoin would either be unaffected or potentially even go up in value in the face of financial uncertainty.

Today, however, Bitcoin plunged down ~7.5% within the same hour of the European markets opening up in the same negative direction. Institutional investors have largely been credited with enabling the last surge in Bitcoins price from ~$10,000 - $60,000. But apparently with their pumps comes their trading behaviors. So now that, for better or worse, Bitcoin is better established in such portfolios, and managed in a similar way by a significant portion of the holders, it is likely that Bitcoin will follow the overall markets more closely during "extreme events of uncertainty" (when traders tend to prefer holding cash and watching what will happen next and/or look for a better buying opportunity after a fall).

Thus, the very act of institutional investors to buy Bitcoin in order to diversify their portfolios, may very well itself have caused Bitcoin to be less potent as a diversification.

Long term, I don't think it matters much. Traders will cause new ATHs with their greed, and new steep valleys with their FUD and negative emotions. Meanwhile, more and more people are still looking to buy and hold Bitcoin, making the valleys bottom at higher and higher points while steadily going up over time.

However, it may cause some short to mid-term skepticism and lowered demand from traditional investors looking to diversify their absurd stock gains from the past 1.5 years into uncorrelated assets when they see Bitcoin fall just as hard as the market on negative news.

What will they buy instead? Farmland? Whiskey? Pokemon cards? I'm curious to hear what you think in the comments :)

If i was an institutional investor and had Bitcoin in my portfolio i wouldn't see the need to sell it due to the pandemic.
I expect its a coincidence but it would be interesting to look at a longer term horizon and see is there a trend in changes because there is no doubt there is a significantly different investor profile now in bitcoin than was there in the past.

To most of them, Bitcoin is still a high risk, high return asset in the portfolio. Thus it is typically first one to go when looking to get a better cash position ahead of a potential new crack.

There was a time where Bitcoin was not only considered uncorrelated with other assets, but as a hedge against traditional finance and typically going up during uncertainty

Not necessarily. bitcoin has always correlated quite well with the stock market

Well, in a sense it has because everything has been in a Bull market since after the financial crises when Bitcoin was born.

But it has certainly been assumed that Bitcoin is a hedge against traditional finance. And there has been instances of growing uncertsinty where it has performed well as a result.

yes of course, I still think that it should be a hedge

Cryptocurrency markets fall due to fear of a new closure of countries due to the new variant of COVID 19 but let's hope that trend will reverse in the coming days and we will see all markets in green again. Seeing #Hive exceed $ 3 was great there we see that our work has been excellent. Regarding the consultation, we must continue to trust #BTC and the rest of the cryptocurrencies, although it would be good to invest in a personal project.

that would be super incredible

Yes, since most of us use cryptocurrencies as a way to counteract inflation and more in countries such as where I live Venezuela

The more money in crypto the more correlation it will have as the same psychology overcomes the people controlling the money.

Could be! But things like more lockdowns should have a more natural impact on the values of stocks and natural assets depending on economic activity.

In fact, the likely outcome of this is an extended periode of time with low interest rates as new restrictions will again harm businesses. This could benefit Bitcoin instead if we thus get more fear of inflation.

Whatever one would cite as the differences between traditional markets, bitcoin, and most anything else, people are unchanged. And their responses to fear ...

Having been in this asset class for over 4 years, I personally liked the notion that it was somehow "disconnected" from what we see IRL, but ... I have come to believe that idea is delusional.

That said, I still think this asset class has a lot of value and is still in the very early stages of fundamentally changing many aspects of how we live. I am glad to have gotten in early and agree with your assessment that it doesn't matter much.

We'll all find out Monday what people have decided over the weekend, about the future prospects in the face of this latest fear-mongering news ...

Thanks for the comment and for making some good points 🙂.

It would seem that Monday called the bluff.

well yeah look at home many institutions are involved in the biggest cryptos. This has smoothed out the volatility and is you don