Since, sometimes it is hard to read the figures of the y-axis, now I do print the amount of traded volume Steem and token in the text above of the respective chart and comparing the volume of yesterday with the volume of the day before yesterday. The deviation of these two days are represented by percentage. 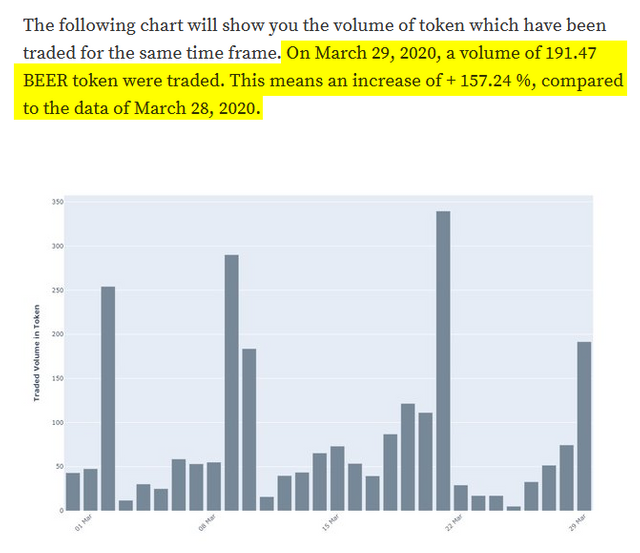 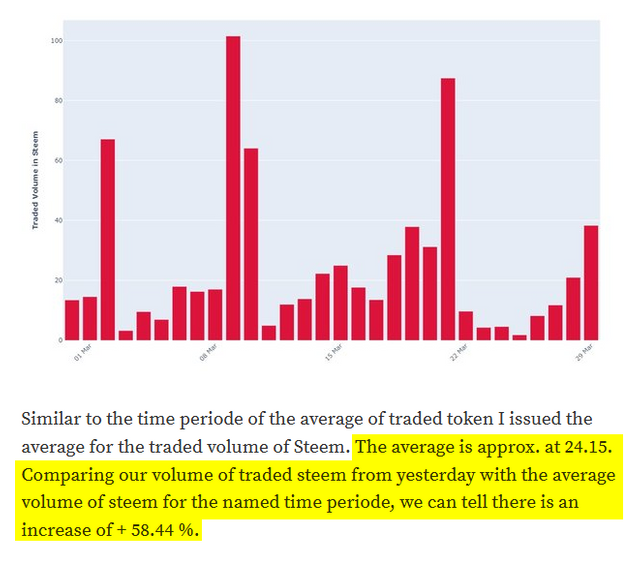 The update launched with those posts below:
#13 | Beautiful LEO charts
#12 | Beautiful BEER charts

Want to see any specific data of your favorite token? Or you would rather love to see another token represented in such a chart? Leave me a comment. :D