3 Tips for Picking the Most Profitable Rental Cards in Splinterlands

I've been working on growing my rental card portfolio on the Splinterlands market. This has helped simplify my crypto portfolio as I've been able to sell the numerous different cards I've accumulated for playing competitively, down to a few legendary cards that rent well. 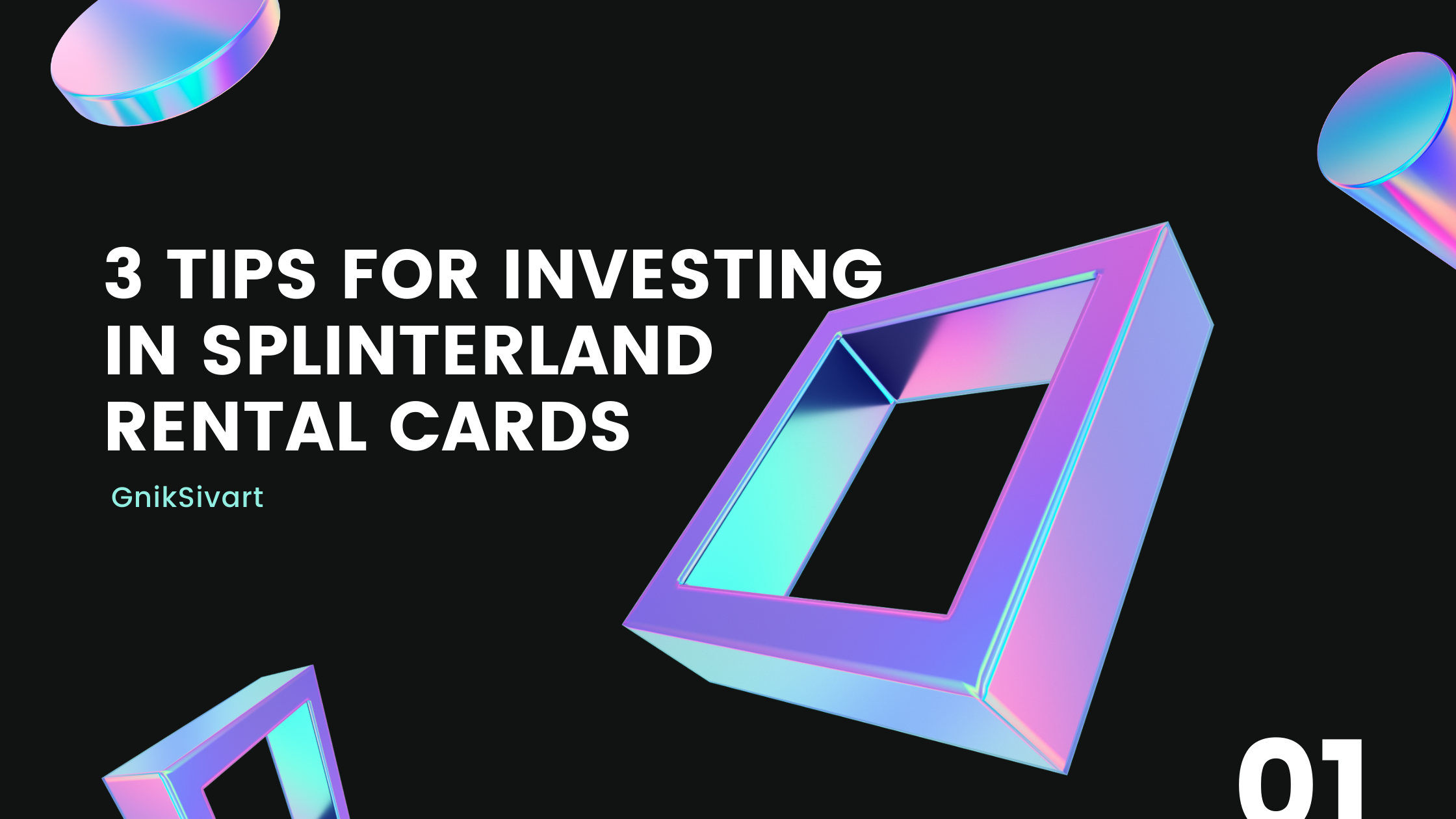 In this article, I hope to share some of the tricks I've used to discover what cards rent the fastest and how to get them for the best price. If you've never thought about renting any of your Splinterlands cards this is what you've been missing.

What Type of Card?

I could beat around the bush and talk about what cards aren't the best to rent and why, but I've definitely had the most success in renting Neutral Splinterland cards.

I think the reason that these are the easiest to rent is that Neutral Legendaries are an easy way to increase any "decks" power by only buying/renting 1 card.

Lord Arianthus was the first card I started renting out and I started accumulating cards for under $1 and pretty sure I bought my first maxed out a card for under $10.

Sprit Miner is the next card I started accumulating for under $1. I now have 2 maxed out legendaries that stay rented out consistently and are making me a penny a day, which might not sound like much now, but hoping over the long term it provides a nice payback.

I usually look for cards that have a low amount of maxed out rental legendaries and start with the cheapest legendaries first.

We will start with my favorite rental card as of recently the Spirit Miner. After looking at the Spirit Miner rentals I just found I was making a big mistake, but that's later in the article.

Looking at the Level 4 available rentals (1 is still on cooldown) we see one has a daily fee for 4 cents and the other for 5 cents. Most maxed out rentals I'm looking at usually rent for 1 or 2 cents a day so that's pretty high.

Scrolling down to the cards that are currently under contract there are only 4 maxed out Spirit Miners (2 of which are mine) and I'm renting out cards for $0.01 per day while the other 2 are renting out for $0.04 per day.

This was my mistake that I've discovered as my rentals are way undervalued, but that's not necessarily a bad thing.

I'll probably relist at 3 cents, or at 2 cents with a termination escrow to be more competitive. I'm not looking to make the most for my rental cards, but rather a set it and forget it approach so they continue to earn me passive income.

To sum it up you're looking for a card that has a few cards that are waiting to be rented (less competition) and at the same time still has a good amount of cards that are being rented (good demand).

Also, make sure the ROI is around 1% - 2% as you don't want it to be too low or it's going to take forever to earn any money back.

Sometimes when you're learning a new market you just take a gamble and it doesn't pay off.

Buying a maxed out Spirit Druid Grog may pay off in the long run, but as of now, I haven't been able to rent it out at all with little competition. However, it seems like there is little demand for the card as well.

It has paid off on one gamble that I took maxing out a Gloridax Guardian.

I didn't think this card would rent out very well, and sometimes it does hit a few dry spells, but this card has been rented and earning money pretty much since I bought it.

So sometimes you just have to jump on in, take a chance, buy some Splinterland Cards, and see what works for you.