The pHBD pool which is a mechanism of trying to draw more whales to the hive blockchain and also tackle the supply and demand problem which is currently faced in the hive ecosystem and the target of reaching five million worth which we are gradually achieving, the Leofinance team are trying to expand its scope.
In a recent ask me anything the moderators talked about the progress of the pHBD pool and where in deepen the pool, they explained on how they intend going about this quest. 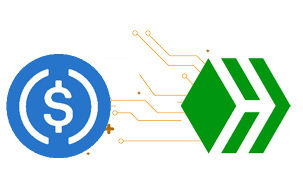 Deepen the pHBD pool will create more usage for the hive stable token HBD, the increase in the APY of HBD to 20% in recent days has which makes attractive for users make use of the savings option for both Hive and HBD.
They spoke about the importance of this deepen the pool as it will attract more whales to both communities (Leofinance and Hive) increasing the accrual value of PolyCub and other Leofinance Defi applications.
Also don’t forget in contributing to the pHBD-USDC pool, and from statistics it looks like we will be able to archive the set target in a few months, let’s do our own part in growing the pHBD-USDC liquidity

It's crazy that even over 30% APY isn't attracting more capital.

It is actually attracting more liquidity, a month ago there was only $390mil in that pool and now it is over $456mil.
Not to mention the phive:polycub pool, less than 3 weeks ago it only had 60mil and currently 184mil.

Yes, translation error, sorry, but if you look closely, it is true what I said in the message, we currently have more liquidity than a month ago.

Just wait longer and let that APR attract more liquidity and I'm sure it will continue to do so.

With the Leofinance team, there is nothing impossible.