The 'Infamous' HoneyMoon Period On Hive. 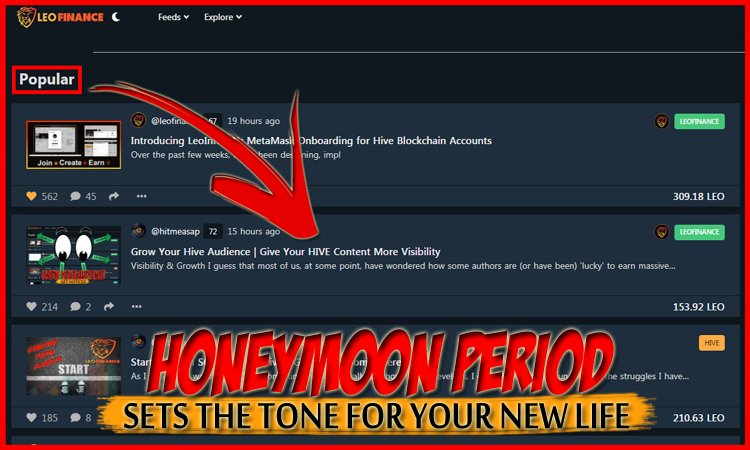 We are known to end up in situations we often call the "honeymoon period", and even though that phrase might be about love and couples to begin with, it has been used frequently for other things for a long time. It describes the amazing feelings, the fantastic results and/or it often seems that things can only get better, even though everything feels perfect. Nothing bad can happen. Bad things literally doesn't exist during this period. You are quickly getting used to the amazing feeling of being at your best, or that you will put up outstanding numbers at all times, forever.

One can read this explanation from: scientificamerican.com

This period features high levels of passionate love, characterized by intense feelings of attraction and ecstasy, as well as an idealization of one's partner.

Another description for this phenomena is:

The honeymoon phase is a well known phenomena to describe when a team hits a strong level near the beginning of a team’s lifespan. In the honeymoon, everything is clicking together for the team and they have the advantage of being able to surprise their opponents as they are still the new kids on the block.

It Won't Last, But That's Okay!

Due to the latest 48 hours or so, I felt that I had to talk about this. Truth is that I have been pushed into this honeymoon period on #LEOFinance, not only because I truly believe in the project, but also due to the fact that I changed my approach and mindset just before I started on LEOFinance and I got lucky immediately.

More About This Here: Starting From SCRATCH On Hive - Gotta Start Somewhere!
And Here: Grow Your Hive Audience | Give Your HIVE Content More Visibility

I have been here before, in a more or less identical situation so I know the feeling. I remember how I felt during the early days of my Steem journey. It didn't take long before I had great results, before I recieved whale votes and before I was heavily rewarded on a couple of posts I published. That was more than four years ago but I still remember it like it was yesterday...

The reason I want to talk about this is because it's meant to be a warning of sorts. For myself, but also for others who are new to LEO or Hive. The honeymoon period won't last, but it's okay. And instead of being tricked by myself into thinking that these things will last forever, I give myself a reminder of how things were before by writing this.

Some of this has changed since I took the screenshots and before I started to write this article, but this is what I noticed when I jumped on to LEOFinance.io today: 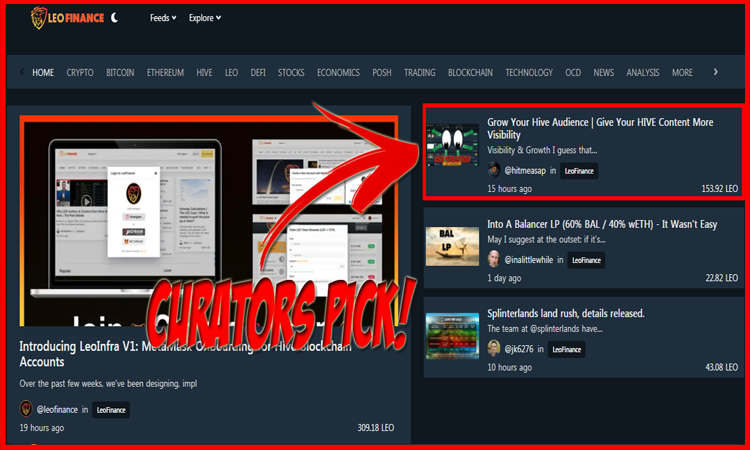 The second thing I noticed was this: 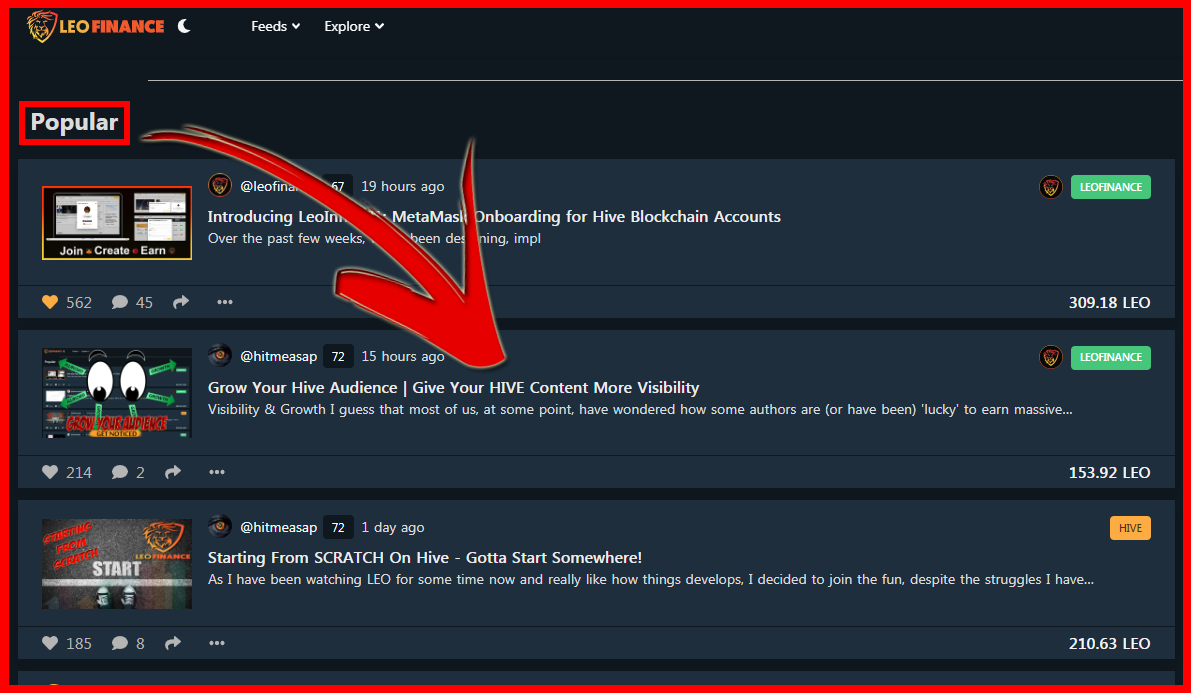 My best guess is that onealfa.leo, the LEO whale who sits on more than 600K LEO Power, was a huge part of this. Well, he was the biggest part actually, and it's obviously easy to understand that his votes alone boosted the pending rewards with a great amount, but he did more than that.. He also reblogged my latest article, which increase the exposure and bring more eyeballs to my content.

That being said, on the frontpage, sitting at the top of the popular posts, with two articles is insane and nothing I even thought about for a second. I never thought I'd have a chance of that and it was definitely not my goal when I published the articles. I was lucky, and I was lucky twice. Lightning struck twice!

The outcome of this is a handful of different things. Sure, the rewards are probably what most people will notice and anyone new to Hive will probably be intrigued and eager to have the same or similar results. Just like I felt when I first joined Steem in mid 2016.

For me personally, things are different though..

This is definitely my personal honeymoon period and I'm totally okay with that, as this sets the tone for my new life. This is proof that anyone can have great results and that Hive and more specifically LEOFinance is on the right path. Not because I was lucky, but because of the fact that not (only) the same authors are being heavily rewarded frequently. We can easily see different authors being rewarded, being picked by curators and sitting at the top of the popular posts. And that is probably the best motivation a new user can get. That is what I personally believe is- and will be the deciding factor going forward. There's room for others besides just the "top earners" so to speak. And that's something I've wanted to see on Hive (Steem) for a long time.

I have high hopes going forward and LEO proves time and time again that things can be different from what people have been used to see for ages on Hive. I signed up on Steem in July 2016 and I've been around ever since. During ups and downs. I look forward to the next 4 years.

Thank you LEO for paving the way!