The Cosmos eco-system loves airdrops, with just a couple of the notable success stories being Osmosis and Juno. There are a whole raft of new projects that have announced upcoming airdrops, and many more speculated or hinted at also.

This post will serve as a guide to what's happening, and be regularly updated as more are announced and others are finalized. This is likely to not be 100% complete, but will cover everything I become aware of. 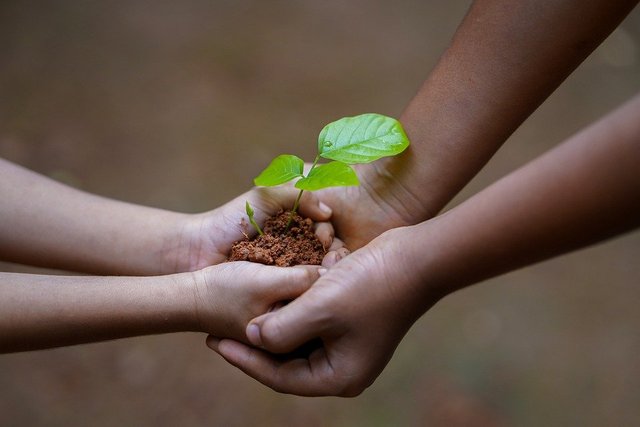 Desmos is a new social platform being launched on a Cosmos SDK chain. The airdrop is very wide ranging, covering stakers across many different Cosmos chains. Check this link, where you can find the projects white paper (or Project Plan) Desmos is being built by a long time Cosmos eco-system validator - Forbole. The claim period is tentatively scheduled to start on 25 November, according to this update post. If you have stakes in any of the following, you may qualify: ATOM, OSMO (also OSMO LP's), AKT, BAND, CRO, JUNO, KAVA, LIKE, LUNA, NGM and REGEN. Yup, wide-ranging indeed.

The Desmos Airdrop is now live and claimable. See this article for more details.

The Shade airdrop is currently conducting daily snapshots, of Cosmos (ATOM), Secret (SCRT) and Terra (LUNA) stakers. These snapshots will continue till through to December 13. This airdrop has been covered previously in a few different posts, so I'll just link to them for now. The exact equation that will be used will be revealed after all snapshots.

Stargaze is building an NFT marketplace for Cosmos. You can read the full alligibility criteria here but it is basically ATOM stakers, OSMO stakers or LP's, and delegators to Stargaze validator on ATOM, OSMO, and REGEN. It is likely to be highly inflationary early on, with 1 billion STARS as genesis supply, and another 1 billion issued in year one. Issuance drops be a third each year after that, to a 4 billion total supply. Distribution of the airdrop will be quite flat, with allocations given equally regardless of how much stake you had in each category. Snapshots were taken Oct 11, and it is expected STARS will be able to be claimed in Q1 2022.

Stakers of LUNA, ATOM and XPRT qualify for this drop, as a project that is part of the Persistence (XPRT) eco-system. It looks like Comdex is looking to bridge DeFi and CeFi, with synthetics, an AMM to trade these synthetics, Tokenization of real world assets and a lending platform. I have not done a lot of research into the platform, But you can find their full website here and the Airdrop blog post here. That last post says that it is expected that mainnet and the airdrop will be released this month. I'll update here when any further updates come.

** Breaking News: Comdex has just added Osmosis into its airdrop calculations. Now, if you have OSMO, you will also be included **

Game is building a Game specific hub on a standalone Cosmos SDK chain where game dev's can build decentralized games. The mainnet launch and airdrop is a little delayed, thanks to a bug found during a testnet, likely now to occur in Jan 2022. It will be a small, just 1% of genesis supply, based on two snapshots - Feb 21 and Nov 21.

Lum mainnet is planned to launch mid Dec 2021, and you can read all about the airdrop here. This one is for ATOM stakers and Osmosis liquidity providers, based on a snapshot taken on 29 Sep 2021. It will have a vesting schedule for the airdrop tokens, and tasks to perform to receive your allocation. Lum describes itself as a "Business Trust Engine". I'll have to do some research and get back to you, I have only just heard about this and have no idea yet what the project is about. But I'm getting a nice drop so I'll definitely read up on it in coming days. Mainnet planned by the end of the year.

This project is ambitious, and confusing to be honest. I think they are trying to build a decentralized web search engine - maybe. So far I've only seen a very confusing interview by Cryptocito of a shirtless Russian dev, and an equally confusing chain launch during the Cosmoverse conference recently. Timestamp for the piece in question is at the 3 hour point. If you can figure this project out, let me know. It just feels to me like it could be massive, and a huge breakthrough project - or a total trainwreck. Not sure, but it feels like one to follow???????

There are a number of other projects also on the horizon. I plan to keep updating this post regularly as new announcements come out, and these projects featured launch.

Hope you all qualified for these.