The Book That Changed My Investing Life 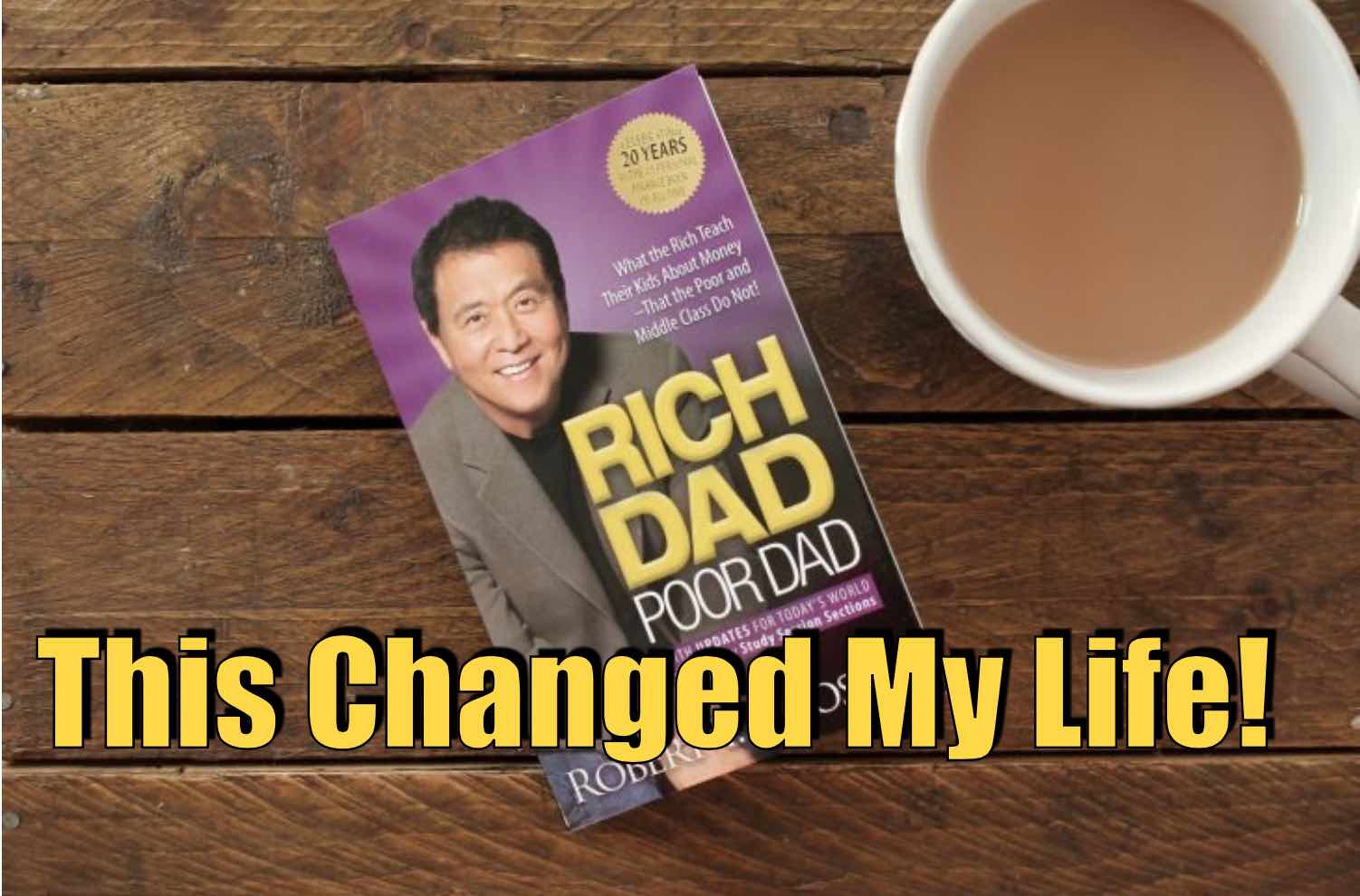 I'm embarrassed to admit it, but just a handful of years ago I had no interest in investing money for my future. In my mind, money was only something I needed to purchase the things I wanted. And man did I like buying things.

Some of those things were fancy vacations, the newest iPhone's and gadgets, video games, adding movies to my blu-ray collection, home theater equipment and so much more. I was using my credit card without a worry in the world, never thinking about the future, but only thinking that I had worked hard and deserved to reward myself.

Needless to say, I had fallen into credit card debt. Anyone that has been in this situation knows that once you get deep into credit card debt, it is an enormous feat to pull yourself out of it. Not only that but I also had high student loan debt. All things combined, my financial future looked very bleak and I had nearly accepted the fact that I would be working all my life, never really getting ahead or having a cushion in life.

But then I met the girl of my dreams, and this changed everything. I knew I needed to give her a better life than what I was giving myself at that moment, and I knew there needed to be a change. I just didn't know what it would be at the moment.

I decided that there were two things about myself that needed to be changed.

First my whole life philosophy needed to be altered. Also, I needed to change my financial habits. I needed to learn how to invest.

So I began searching for something that could be the "cure" that I was needing. I began of course by searching at my favorite place on the internet; YouTube.

I kept hearing the same name and book pop up around different videos, with many YouTuber's claiming this book had made a big impact on their life. I also had seen many of his motivation video clips, and found the idea behind it intriguing. So I decided to give it a try.

This book was of course; Rich Dad, Poor Dad; by Robert Kiyosaki.

Turns out it is one of the highest-selling financial books of all-time, but up until that point I had never heard of it.

The idea behind the book is that he had two fathers while growing up. His real father, and his best friend's father who he also spent a large amount of time around while growing up in Hawaii.

His real father was extremely smart; got great grades while growing up, and was the head of education in Hawaii, and was well thought upon by his peers. But he had a poor way of thinking, investing, falling into bad debt and depending on his employer for security in his life. He was his Poor Dad.

While his best friend's father dropped out of school at a very young age, but was very street smart. He gained a lot of experience and was able to think in a way most people don't, especially in regards to money and investing. He would become one of the Richest men in Hawaii. He was Robert's Rich Dad.

One of the more famous phrases' from the book highlights these two different ways of thinking.

A poor mind and rich minded person are looking at the same item's price which was very expensive. 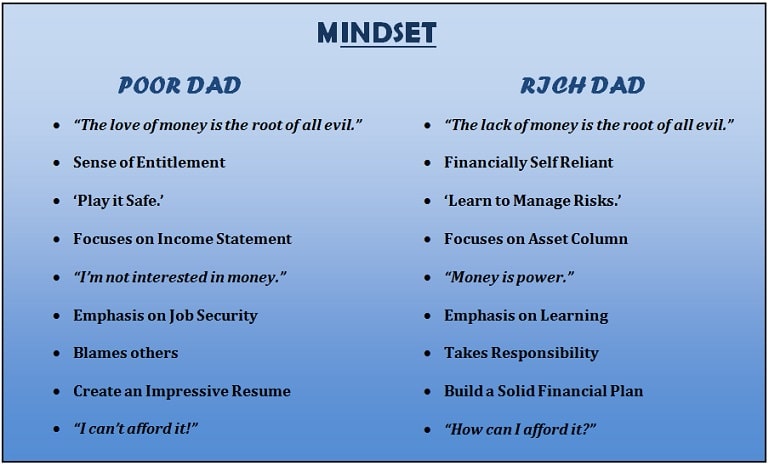 Kiyosaki claims that when the poor person says this, that they can't afford something, that they are closing or turning of their minds, and when they do so the natural result is that of course they will not be able to afford it.

But when the rich-minded person says, "How can I afford this?" They are keeping this mind alive, thinking, problem-solving and if they continue to do so, eventually they will be able to reach their goal.

The doesn't give step by step ways to become rich, but it does teach you how to change your philosophy, which in my mind is so much more value. Not only that but the book stresses the importance of purchasing assets, having passive-income to help make you rich.

And that is exactly what I took away from the book.

I have since read all of his other books, which cover equally important areas and go more into depth on those specific areas. Some of my favorites of those are, Rich Dad's Cashflow Quadrant, And Rich Dad's Guide to Investing, among many other financial books as well. It has become my addiction.

After completing the book I took a hard look at my life, and looked even more closely at my assets. I had close to none, and I decided this needed to change as soon as possible.

Of course I entered the stock market and have done very nicely over the years with some of my favorites such as Tesla, Apple, Shopify and Netflix.

But it was at that moment that I really took notice of Bitcoin and cryptocurrencies. For any of you who know my crypto story, maybe you will know my brother had tried to get me into Bitcoin in 2011, and I ignored him. The regrets I have about that still haunt me.

But now only 4 years after that, I had read the Rich Dad, Poor Dad book and that was when I remembered everything my brother told me about bitcoin, and then began investing in Bitcoin, also later finding Ethereum at an early time.

Since that moment, my focus almost to the point of addiction has been adding as many assets as possible. Bitcoin, ethereum, other cryptocurrencies, stocks, real estate, earning income on the internet, finding passive-income, anything and everything.

While over the years, there have been doubts if everything in the book are actually genuine stories, or actually fictional stories. To me it doesn't matter because it is the philosophy of it that was the important thing in the first place. It has helped me to climb out of debt, and to make great leaps to reaching my ultimate goal; retiring very early and having that paradise beach-side house.

To anyone who is wanting to make a change financially in their life, I highly recommend it. Here is the link to the Rich Dad Poor Dad

It is a book that I re-read each year, to keep my way of thinking in-check.

I am always searching for new great sources of motivation and knowledge so I would love to hear what books you have read that have been life changing as well.

As always, Thank you for reading!